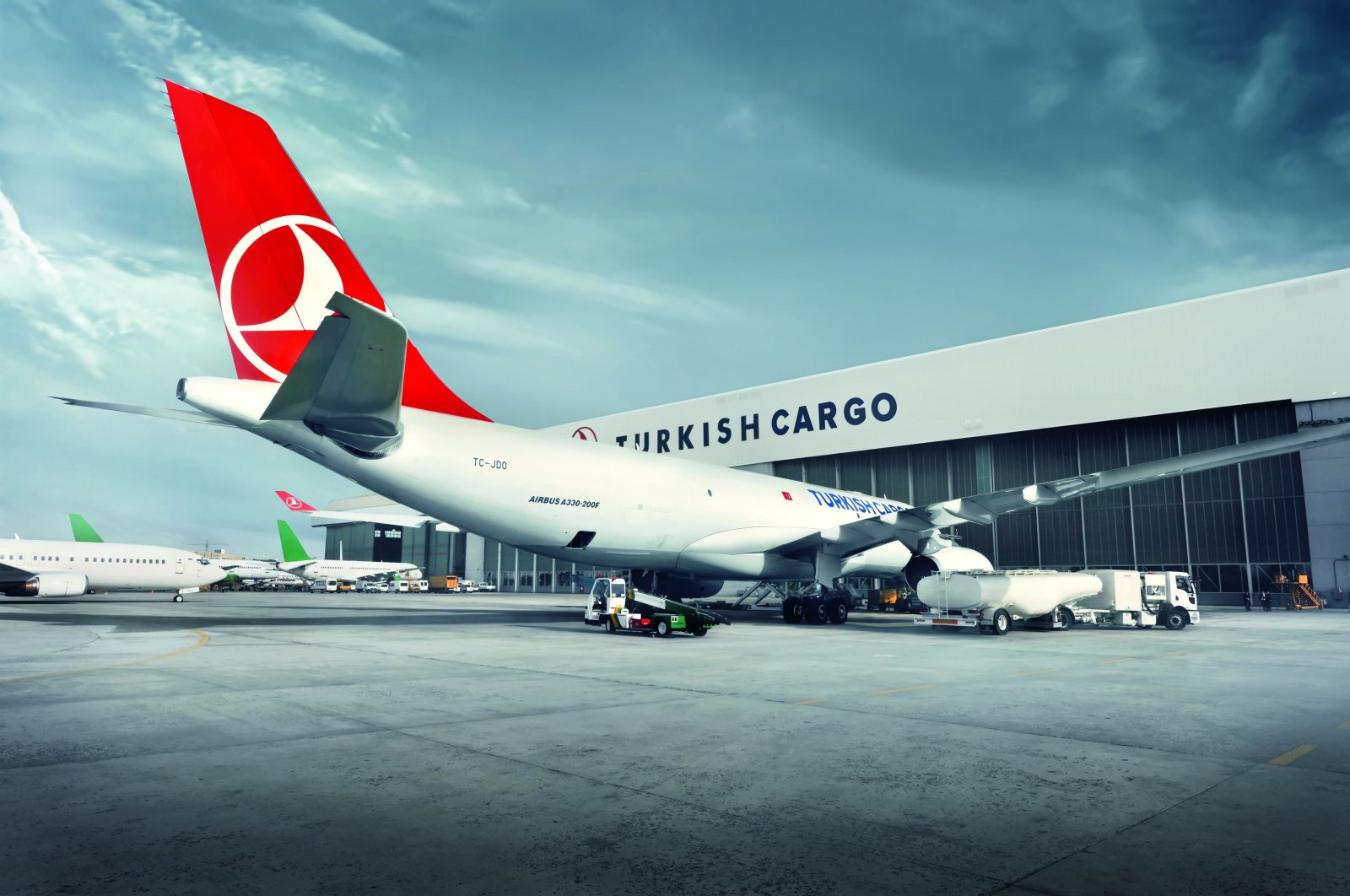 The flag carrier subsidiary has grown by 67% in the first half of 2020 and carried one out of every 20 air cargo around the world, a report published by Turkish daily Dünya said Monday, citing Kearney research.

The research has examined the effects of COVID-19 on the global air shipping industry. Accordingly, unlike passenger transportation, cargo transportation has not been halted during the pandemic process. On the contrary, with the contribution of companies who increased the number of aircraft, total capacity rose by 29% in July 2020 compared to the same period last year.

Kearney Turkey Director Onur Okutur, cited by the Dünya, said that during the pandemic period, even passenger planes were used for air cargo transportation as the cargo aircraft reached their full capacity.

“The average usage time of wide-body cargo aircraft increased to 11 hours a day in June, reaching an all-time high,” he noted.

According to the research, Turkish Cargo displayed the most remarkable performance in air cargo transportation in 2020 and increased its global market share from 3.9% to 5.4% with its growth rate.

THY Deputy General Manager and Chief Cargo Officer Turhan Özen, who was also cited by the Dünya, noted that they responded very fast to the changes brought about by the pandemic right from when the first cases began to emerge. They also revised their working-operation style by taking the necessary hygiene measures.

“In this difficult period when the global transportation network has almost stopped, our most important source of motivation was to be a part of the logistics solutions that meet the pharmaceutical, medical equipment, mask, humanitarian aid and food needs of our country and the world,” Özen said, referring to this as writing stories in other parts of the world.

Stating that Turkish Cargo provides air cargo services to more than 300 destinations in 127 countries with its large fleet of 361 aircraft, Özen stressed their aim of claiming a place among the world's top five air cargo brands by 2023.

Kearney's report also added that, due to the capacity constraints experienced during the pandemic process, there were sharp increases in shipping costs. The pre-pandemic price of cargo transported from Asia to America was $3 to $4 (TL 23 to TL 31) per kilogram, the research said, while it has reached up to $20.

Meanwhile, the pandemic has surely pushed air transportation companies toward finding creative solutions for both compensating their losses due to the hiatus in air passenger transportation and to meet the increasing need for cargo transportation.

Turkish Cargo has boosted its capacity to prevent any supply chain disruption and to carry critically important medical freight amid the coronavirus pandemic, starting in March to operate cargo flights with Turkish Airlines’ passenger aircraft in addition to its flights with 25 high-capacity freighters.

The THY subsidiary at the time has also increased the frequency of its flights to compensate for any loss of capacity due to the pandemic. It added 14,500 tons of extra capacity to and from Turkey with 167 additional freighter flights.

Similarly, German airline company Lufthansa placed cargo boxes filled with masks and other medical equipment on all passenger seats of the Airbus A330 plane and flew the first passenger plane filled with cargo from Shanghai to Frankfurt. Air Canada, by removing the 422 passenger seats of its Boeing 777-300E plane, one of the largest aircraft in its fleet, turned it into a cargo plane. It carried a total of 30 tons of cargo, 9 tons of which were masks, with the aircraft.