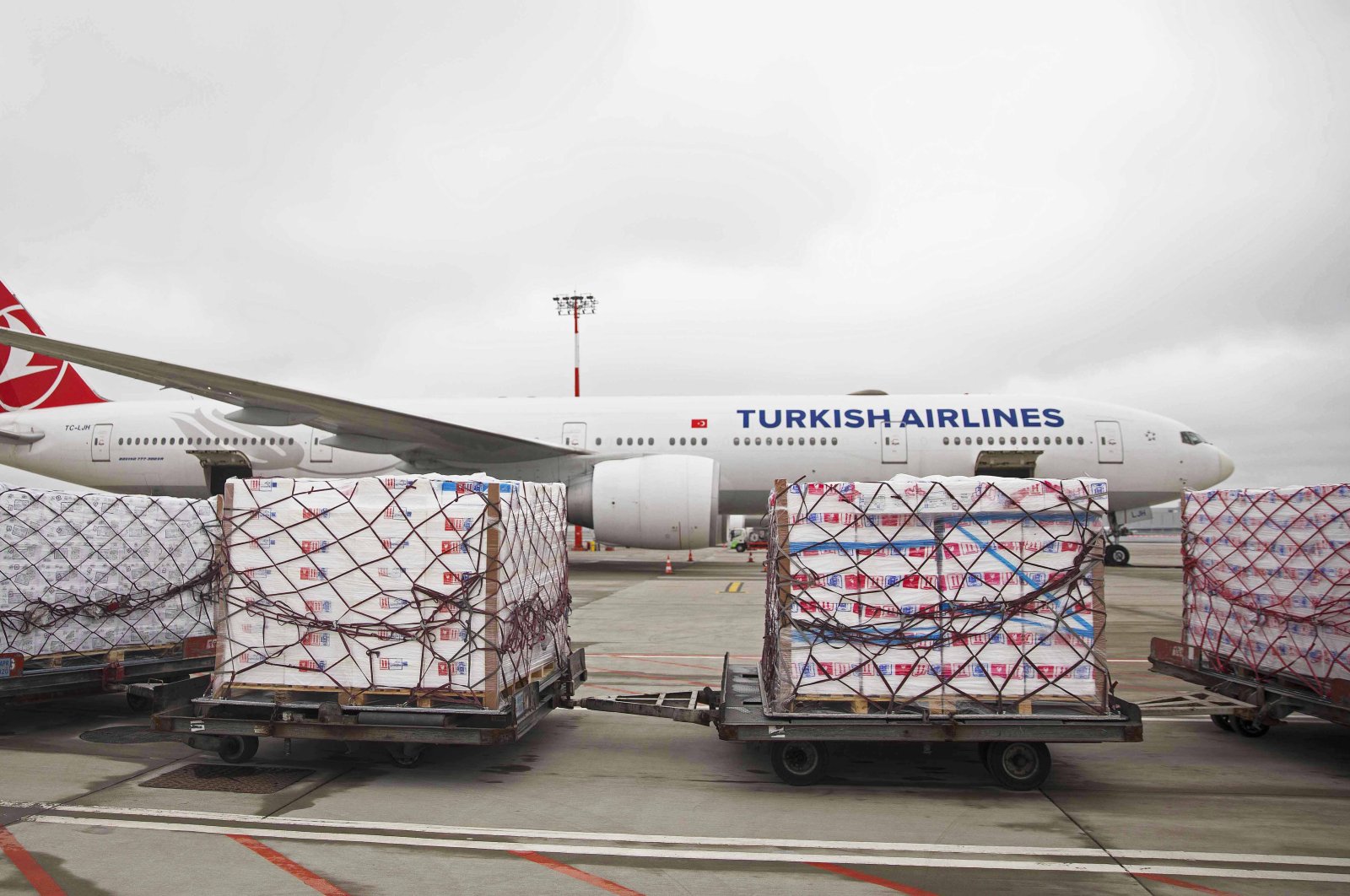 Turkish Airlines's (THY) Turkish Cargo grew by 11% compared to the same month last year, according to data from February 2020 from the international air cargo information provider World Air Cargo Data (WACD). Rising to sixth place in the global air cargo ranking, the flag carrier’s cargo liner continues to transport high priority supplies such as medicine to those in need with additional aircraft during the pandemic.

The successful brand increased its global market share to 4.8%. Although the air cargo sector experienced a sizeable reduction during January 2020, it only fell by 0.1% in February 2020 despite the effects of the COVID-19 crisis and Chinese New Year.

THY media adviser Yahya Üstün, highlighting the humanitarian approach of the company’s business, said Sunday in a statement he shared on his Twitter account that the company’s priority is how many people will be able to access the medicine carried in Turkish Cargo planes.

“How many tons of cargo do we carry with a cargo plane? We are not looking at this. Our priority is how many people will take the medicine we carry on this plane; how many families will benefit from the food we carry. With the responsibility of the flag we carry, we continue to support the world and fly with Turkish Cargo,” he wrote.

The flag carrier’s cargo liner, which is the air cargo brand that flies to the most destinations around the world, carried a total of 376,000 tons of cargo and postal mail in the period of January-March 2020, recording a 9.6% tonnage increase in the period in question compared to the previous year.

The coronavirus outbreak was declared a pandemic by the World Health Organization (WHO) and has brought the travel industry to a halt. More than half of passenger flights were canceled worldwide, while in countries such as Italy, which were most affected by the pandemic, flight volume decreased by around 90%.

Turkish Airlines has also suspended passenger flights temporarily, with the most recent move of suspending all domestic flights late Friday; a decision that will continue until April 20th.

Meanwhile, Turkish Cargo, which has been delivering products worldwide with its strong fleet and growth strategy and recording continuously growing performance in recent years, has increased both its tonnage and the flight volume, transporting products such as food, pharmaceuticals and medical products with the additional planes of the THY that were previously carrying passengers.

For its cargo freighters, the flag carrier has planned 155 flights per week departing from Istanbul in April. As for the passenger aircraft, which are being used for cargo operations, the current plan includes 60 flights per week.

Around 361 aircraft in the Turkish Airlines fleet – especially Boeing 777 and Airbus 330-type wide-body aircraft – have been taking off for cargo operations depending on the demand and capacity, which provides an additional capacity of 5,000 tons. This will ensure that the food and drug chain is not disrupted during the pandemic.

With its advanced technology, terminal with the necessary quality certificate and a team of experts, Turkish Cargo delivers drug shipments to various destinations in a timely manner and in temperature-controlled conditions, which are important criteria due to the highly sensitive products being transported.

The health sector products, which require storage and transportation at special temperature ranges, are taken from special doors at the time of acceptance by specialist teams, while medicines and medical products are given priority over other products during loading and offloading.