Turkey aims to have quarter of inner-city commutes by bicycle 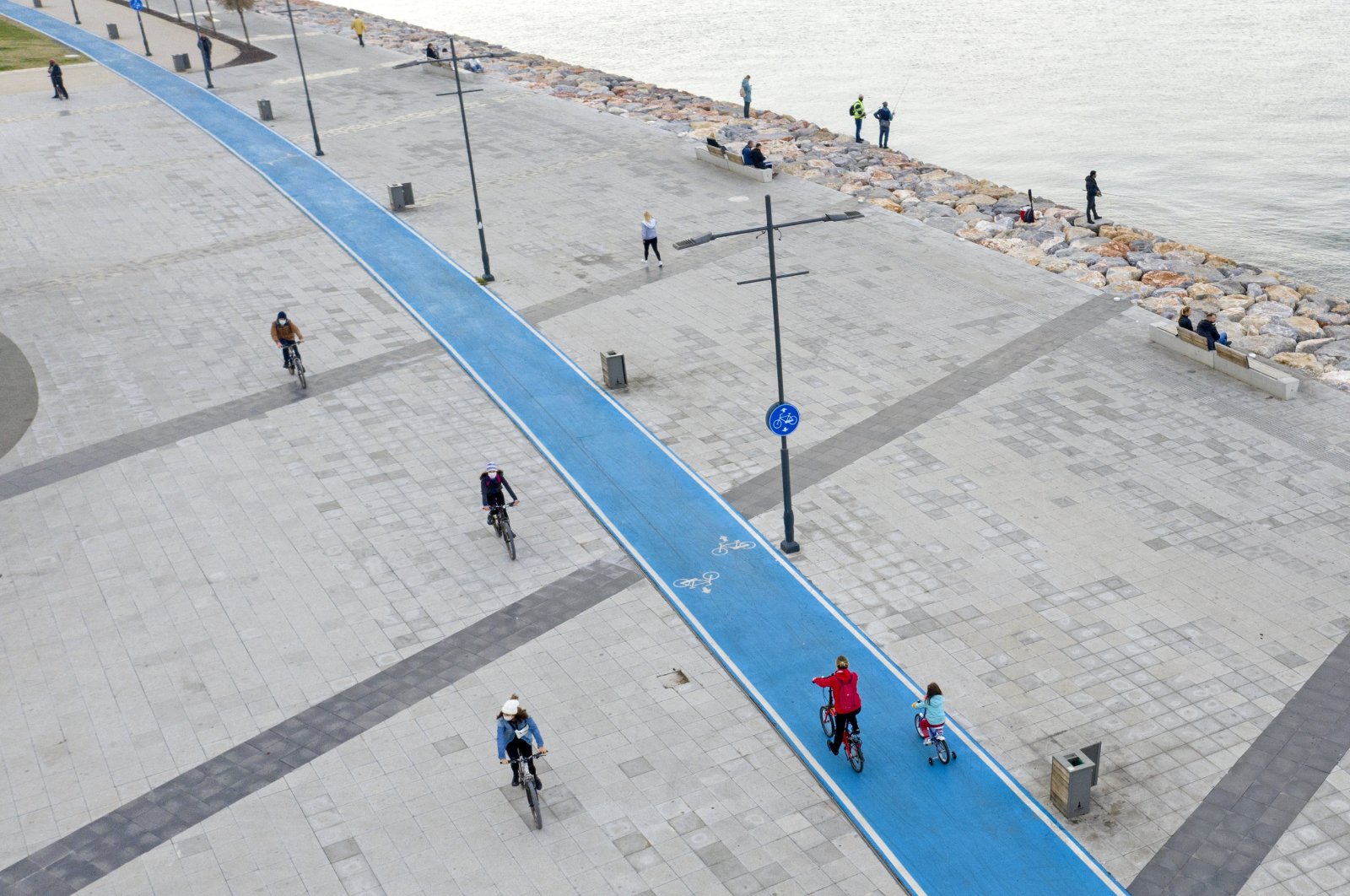 Turkey looks to have one in every 10 inner-city commutes made by bicycle in the medium term while aiming for one in every four in the longer term in an effort to reduce emissions in transportation and as a key component in the fight against climate change, said Güneş Cansız, director of World Resources Institute (WRI) Turkey Sustainable Cities.

Cansız recommended setting up a working group with central and local administrations, including bicycle users and nongovernmental organizations, to enable better communication toward expanding the use of bicycles as transportation in Turkey.

"Action plans and road maps should be drawn up from this coordination to integrate a secure bicycle network alongside public transport," she told Anadolu Agency (AA) in an interview.

Ultimately, she said that the WRI aims to have one in every three short-distance trips of below 5 kilometers (3 miles) made by bicycle and to have every person own a bicycle.

She said the COVID-19 pandemic has offered an opportunity to transit to a more integrated and environmentally friendly structure. The pandemic saw a drop in inner-city mobility by up to 90% globally and a 90% fall in demand for public transportation in Turkey.

The International Energy Agency (IEA) found that global emissions dropped by a record 6% in 2020 when billions of people were restricted from using transport due to the COVID-19 pandemic.

Globally, fuel combustion from transportation is still responsible for 24% of direct carbon dioxide emissions. Road vehicles, including cars, trucks, buses and motorcycles, account for nearly three-quarters of transport carbon emissions, with aviation and shipping being responsible for the remaining share.

Cansız cited the post-1970s oil crisis as a time when Denmark and Holland availed of the circumstances to create a more sustainable and clean transportation system. She advised that Turkey, through greater bicycle usage, could do the same.

"WRI Turkey Sustainable Cities celebrates its 15th year, and based on our experiences in this journey we suggest a large focus on bicycle transportation for sustainability," she said.

Currently, the share of bicycles in the country’s transportation system is only 2% on average but in some cities, it has reached about 5%. This, however, is much lower than the 45% average in Europe.

One in every four trips is via bicycle in Holland, and in Denmark, it is one in six, and one in 10 in Germany, Sweden and Finland.

Europe saves over 3 million liters of fuel annually, corresponding to 4 million euros ($4.87 million). Bicycle usage also prevents more than 16 million tons of carbon emissions per year and is a great alternative to other transport modes like gas or diesel cars over short distances in terms of carbon emission reductions, she underlined.

A bicycle trip reduces the carbon footprint by 75% compared to an internal combustion car. A bicycle emits much fewer carbon emissions at 16-50 grams per kilometer compared to a similar distance by a gasoline-fired car that generates 196 grams, or a diesel car at 171 grams.