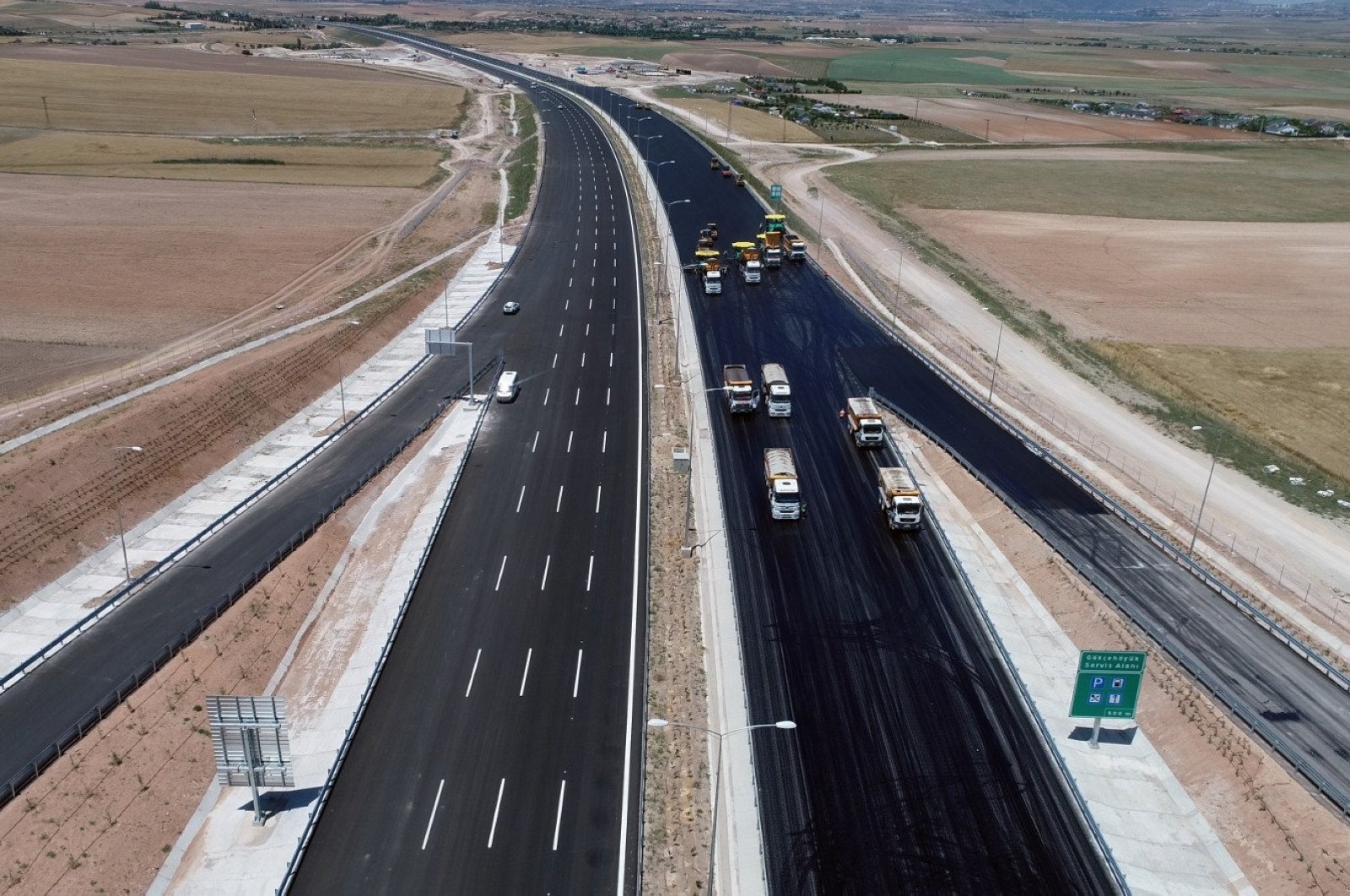 Trucks are seen on the highway that connects the capital Ankara and the central province of Niğde, Turkey, Sept. 4, 2020. (DHA Photo)
by DAILY SABAH Sep 04, 2020 3:16 pm
RECOMMENDED

The Turkish public on Friday witnessed the opening of the country’s “smartest” highway that connects the capital Ankara with central Niğde province with a ceremony attended by President Recep Tayyip Erdoğan.

"With its multiple features, we have built a highway of the future through this project," Erdoğan said in his address.

This project, designed as a "smart" highway thanks to the fiber network laid along it, will save the country nearly TL 1.628 billion ($220 million) per year, the president noted.

The 330-kilometer (205-mile) highway will be managed from a single command center with a domestically developed smart transportation systems infrastructure.

It features a locally developed technology system that integrates cameras along the highway and the accident detection system, through which drivers will be notified immediately of accidents and other risky circumstances that may occur on the highway.

The project will create connections from Ankara to southern provinces of Mersin, Adana, Gaziantep, Hatay and Şanlıurfa.

The highway will nearly halve the travel time between Ankara and Niğde, reducing it from four hours and 14 minutes to two hours and 22 minutes, Erdoğan said.

The highway is expected to save 127.55 million liters (33.69 million gallons) of fuel annually.

Having attached major importance to upgrading transportation and accessible infrastructure since the early 2000s, the Turkish government has invested around TL 767.5 billion in multiple projects.

"Over the last 18 years, we have managed to add 1,581 kilometers to our country's highway system, which has reached a total length of 3,295 kilometers," Erdoğan said.

The president noted that during the pandemic, when the health systems of many countries collapsed, "We gave our citizens the best service for free."

"By supporting all segments of society, we have ensured that the economic and social balances remain strong," he added.

The highway will be monitored 24/7 by the 15-member control center team. The system will be activated in case of accidents, traffic congestion and other dangerous situations. Once the operators in the control center are informed about the incidents via cameras, drivers will be notified through smart signs on the route.

Within the scope of its construction, five viaducts that total 3,566 meters, 2,368 meters of 49 bridges, 4,506 meters of 75 overpasses and approximately 131 million cubic meters of excavations have been carried out.