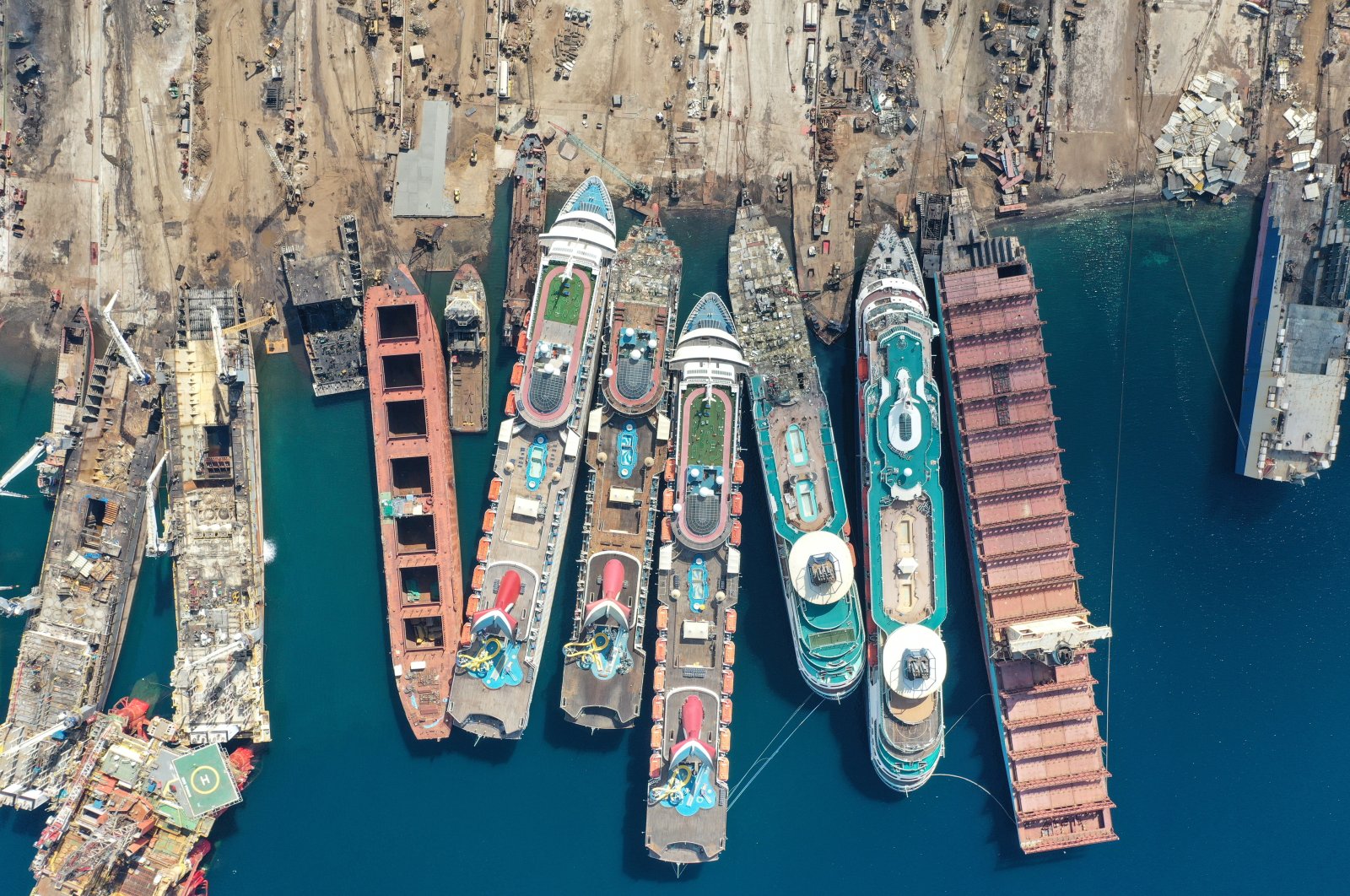 Turkey’s Transport and Infrastructure Ministry will provide incentives for ships to be built to replace vessels used in commercial freight transport aged 20 years and over and that are set aside to be dismantled for scrap metal, according to a new regulation published on the Official Gazette Wednesday.

It regulates the procedures and principles of the incentives which will be given to new ships built to support the renewal of Turkey’s maritime trade fleet while encouraging the construction of efficient, safe and sustainable transportation that doesn't harm the marine environment in international waters.

Shipowners who want to benefit from the scrapping incentive will be able to apply in June of each year. Applications for the incentives will be evaluated for a maximum of five ships each year, starting with the oldest ship, in line with the budget possibilities of the ministry's fund. For the accepted applications, an incentive compliance certificate will be issued to the beneficiary by the General Directorate of Maritime Affairs, which includes the total incentive amount determined.

Once the application has been accepted, the beneficiary will have to submit a contract with the shipbuilder for the construction of the new ship to the administration within four months from the date of the issuing of the related certificate.

The incentive amount to be given for the ship to be scrapped will be determined by multiplying the empty weight of the ship with the scrap price at the time.

The ship to be scrapped will have to have been on the property of the beneficiary for the last six months as of the application date.

The new vessels replacing the old ones will also be models used in commercial cargo transportation, including liquid bulk cargo, solid bulk cargo, container, general cargo (mixed cargo) or special purpose classes of ships, weighing 1,000 GT or more. The new vessels will be complete within three years at the latest from the date the incentive compliance certificate has been issued and registered by the National Ship Registry or the Turkish International Ship Registry.

The new vessels must be built in the country and the domestic contribution rate in their construction must be at least 50%, including labor.

Within the scope of the incentive, the newly built ship must operate under the Turkish flag for at least five years from the date of registration and during this period, it is not allowed to be sold, transferred or rented for operation under another flag.

A first degree and first rank mortgage will be placed on the newly built ship, amounting to 1 1/2 times the amount of incentives to be used before payment.