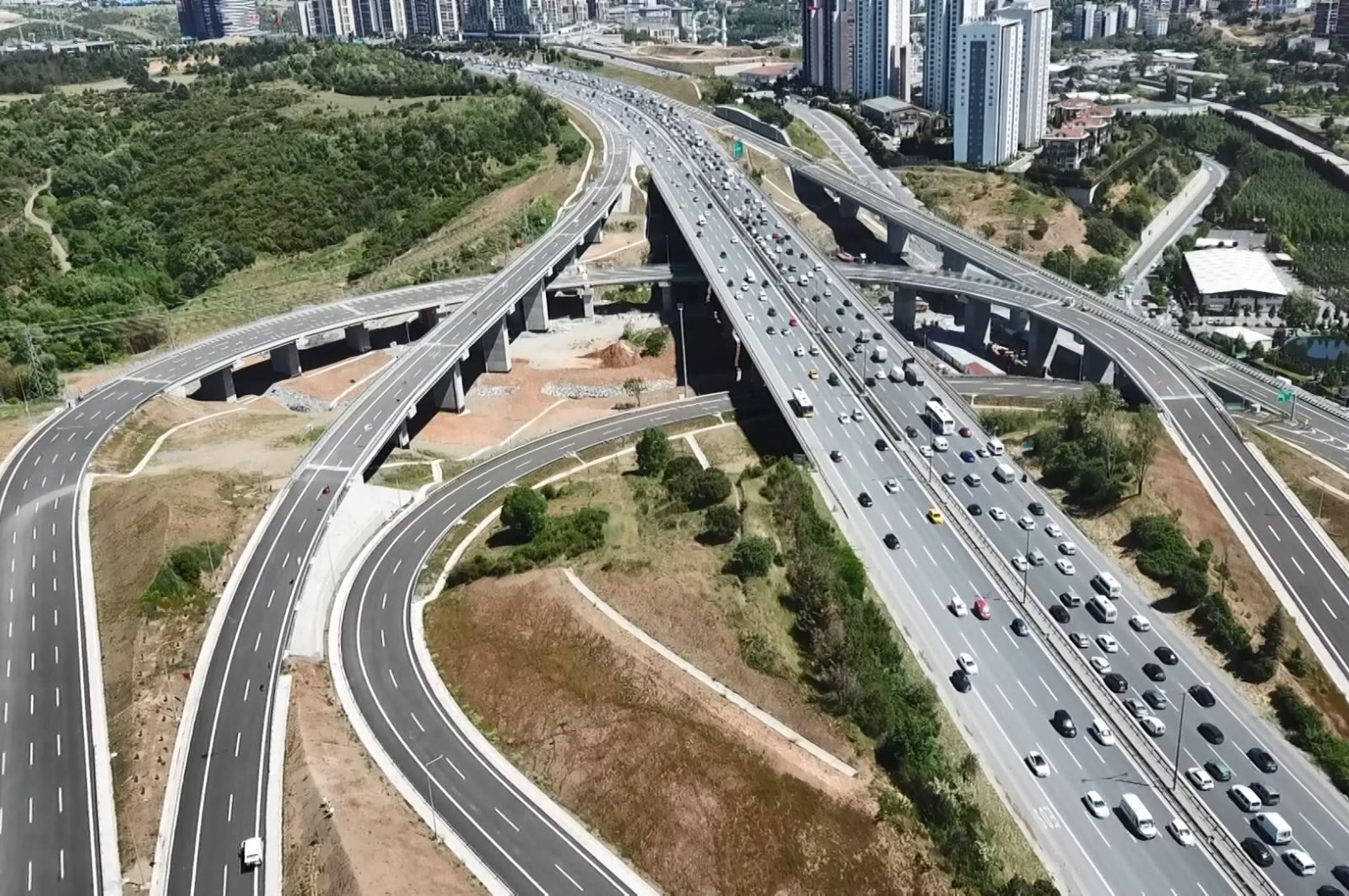 Construction activities on the seventh section of the Northern Marmara Motorway, which will connect Turkey's Asian and European sides via Istanbul's third bridge across the Bosporus, have been concluded and it is set to officially open Friday in a ceremony in which Turkish President Recep Tayyip Erdoğan will participate, the infrastructure and transportation minister said Thursday.

Adil Karaismailoğlu said that the seventh section was the Hasdal-Habipler-Başakşehir stage on the metropolis’ European side.

“We wish all our citizens and international guests, who will use this modern and comfortable road, pleasant rides and auspicious journeys in advance,” the minister said after paying a visit to the site.

He emphasized that the motorway has a very important place in the design of the future of our country as it forms a smooth logistics corridor between Europe and Asia.

“The Northern Marmara Motorway, which will reduce the traffic burden of Istanbul and its surroundings, which is one of the most important industrial, commercial and cultural centers of the world, and which brings a new breath to transportation, is also very important for the completion of the Marmara Highway Ring. Our transportation ecosystem, which we have created with strategic and predictive planning on national and regional scales, will serve the holistic development of our country, which is growing its claim on global logistics networks,” Karaismailoğlu underlined.

The minister pointed out that Turkey, which is at the heart of the growing geographies with the production and consumption capacities of the world, has become the most important bridge of the middle corridor from Europe to China.

Karaismailoğlu stated that this position, which will increase the vitality of the economy in terms of investments, new business areas and commercial activities, means that “no one will stand in the way of Turkey's growth.”

“This is the underlying goal of our taking action today, not tomorrow, by bringing together the opportunities of both the public and the private sector,” he added.

The minister further informed that the Northern Marmara Motorway was designed and built as a whole system with its connection roads, bridges, viaducts and tunnels all easily accessible from every point of Istanbul and the Marmara Region.

The highway consists of three main sections and starts on the European continent from Kınalı in the west of Istanbul, passes the Kocaeli and Sakarya provinces on the Asian continent, and ends near the Akyazı district of Sakarya.

The Northern Marmara Motorway is the most important road to Istanbul Airport, one of the world's largest airports. The highway provides direct access to large-scale organized industrial zones (OIZ) in Istanbul and Kocaeli provinces and provides integration between road and rail transport via the Yavuz Sultan Selim Bridge as it accommodates vehicles as well as both high-speed and freight trains.

It will be possible for goods to easily enter areas around the highway, with connection roads and intersections to OIZs and densely populated areas dotted along the route, contributing to regional economic development.