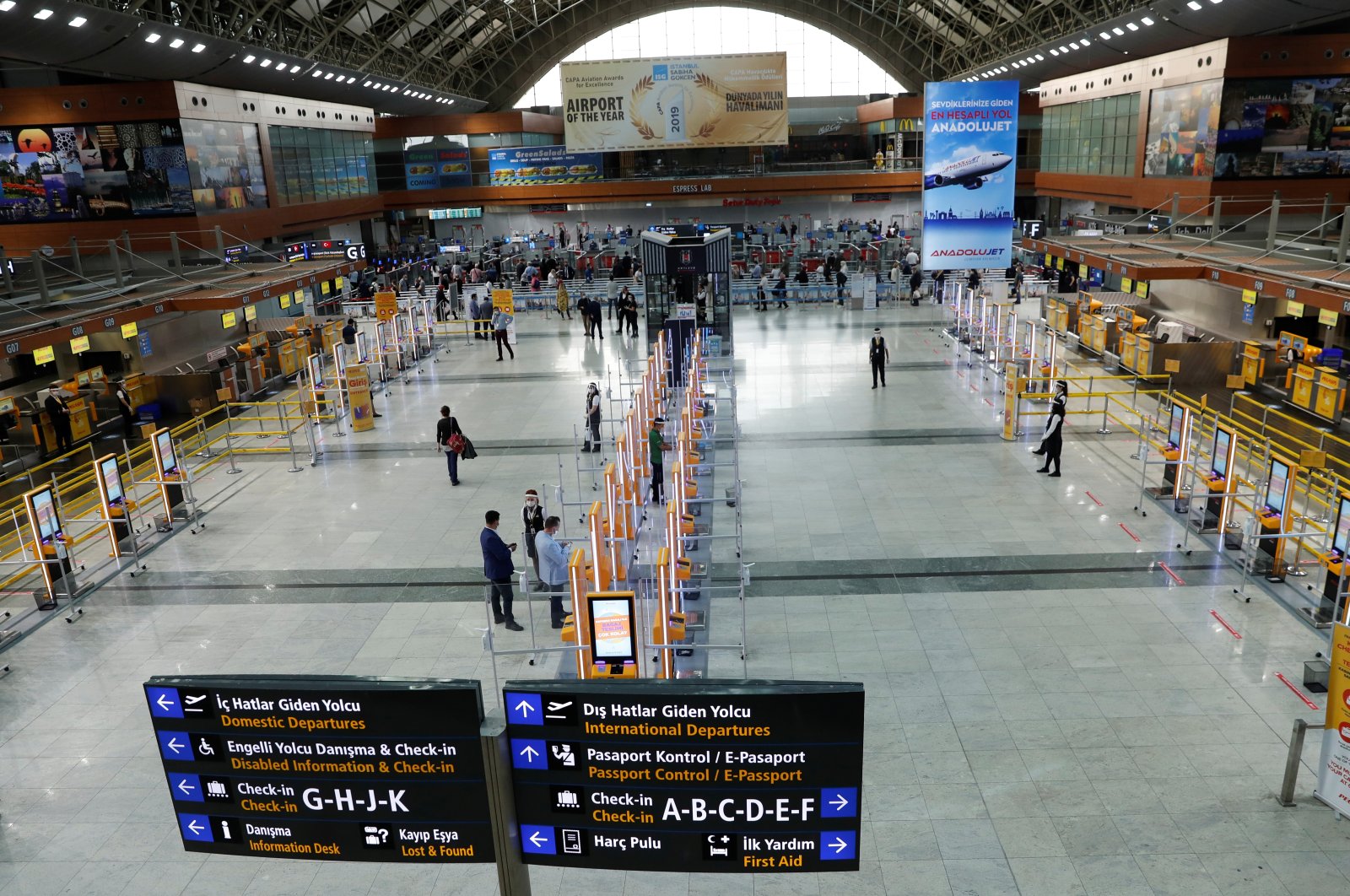 Pegasus Airlines self check-in counters are seen at the nearly empty domestic departure terminal of the Sabiha Gökçen Airport, in Istanbul, Turkey June 11, 2020. (Reuters Photo)
by Anadolu Agency May 07, 2021 11:06 am

A total of 24 million travelers passed through Turkey's airports during the first four months of the year, the State Airports Authority General Directorate (DHMI) announced on Thursday.

The four-month figure was down from 33.7 million in the same period last year due to coronavirus-related travel restrictions and the closure of national borders.

In April, the number of passengers through Turkish airports stood at 6.2 million amid measures to stem the virus's spread, the authority said.

Some 2.5 million passengers took international flights while 3.7 million were on domestic routes this April.

Istanbul Airport and Ataturk Airport – both in the country's largest metropolis while the latter only handles cargo transportation – saw a total of 21,244 planes during the month.

Istanbul Airport – the first section of which officially opened in October 2018 – welcomed more than 2 million passengers and 13,395 planes in April.

Istanbul Airport has an annual capacity of 95 million passengers. When all four of its sections are open as of 2028, it will boast a passenger capacity of some 200 million.