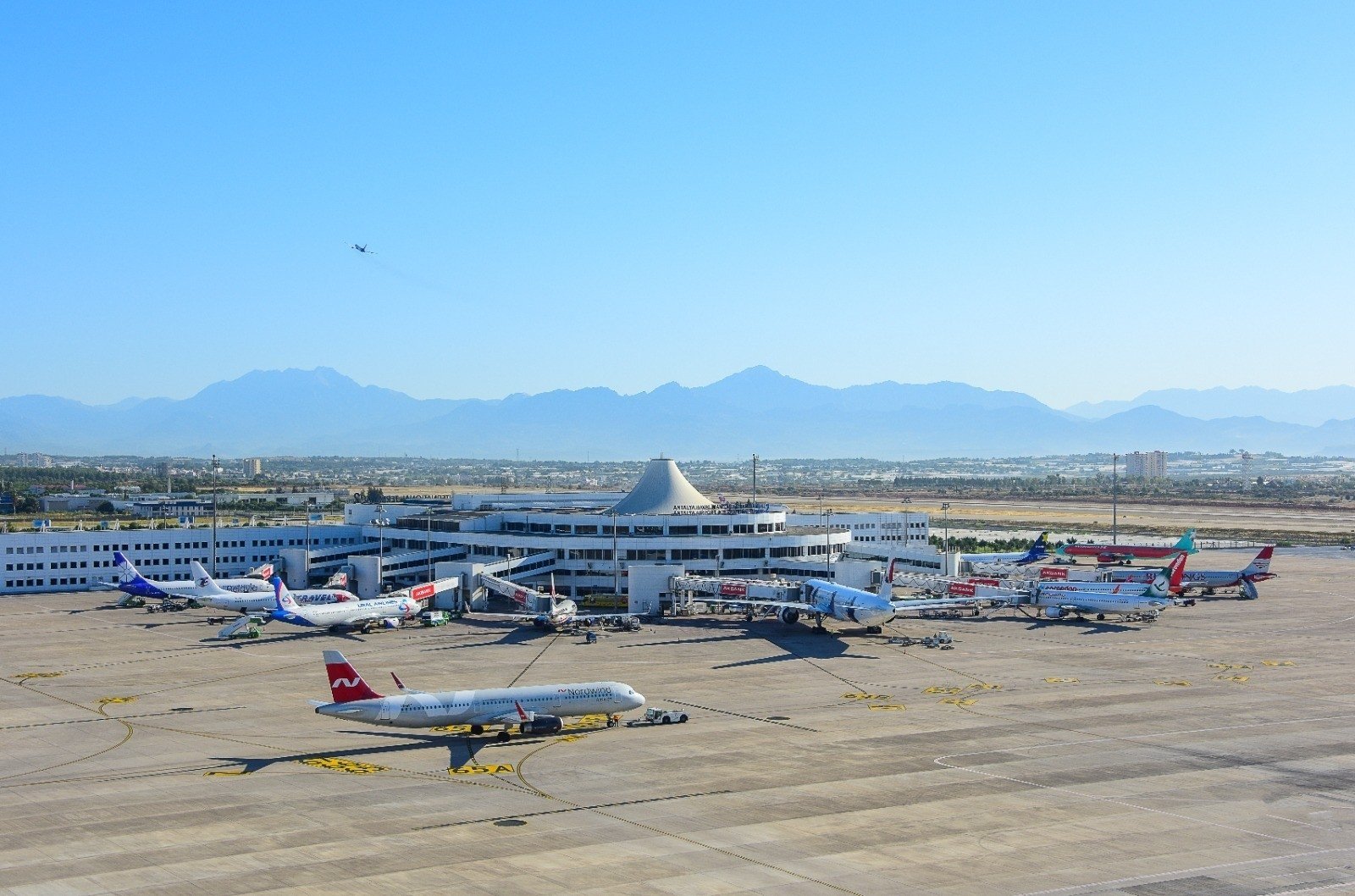 Turkey’s airport in Antalya, a popular tourist destination on the Mediterranean coast, has achieved a new record of daily flights, a top official said on Tuesday.

On Saturday, 1,003 planes landed at and took off from Antalya Airport, setting a new record for the city, Governor Ersin Yazıcı said.

Speaking at a local event, the governor said 81,104 foreign visitors arrived in the Mediterranean resort city on that day.

With this figure, Antalya Airport became the second busiest Turkish airport after Istanbul, he added.

"We are having a season that continues with records... we are happy... we are satisfied. I hope it will be even better," he said.

As of Sunday, Antalya has received more than 4 million tourists this year, he added.

Meanwhile, the density at Turkish airports is already nearing the level prior to the outbreak of the coronavirus pandemic, according to the previous statements of officials.

The number of air passengers leaped nearly 187% year-over-year in May alone to 15.86 million, the Transport and Infrastructure Minister said earlier this month.

The January-May figure has topped 57 million, including 28.57 million passengers on domestic and 28.41 million on international flights.

The figure exceeded 30 million and 33.7 million in 2021 and 2020, respectively, overshadowed by the travel restrictions to stem the spread of COVID-19.

The traffic on domestic and international flights also increased 54.7% and 161.4%, respectively, this January-May period from a year ago, for a total increase of 94.5%.