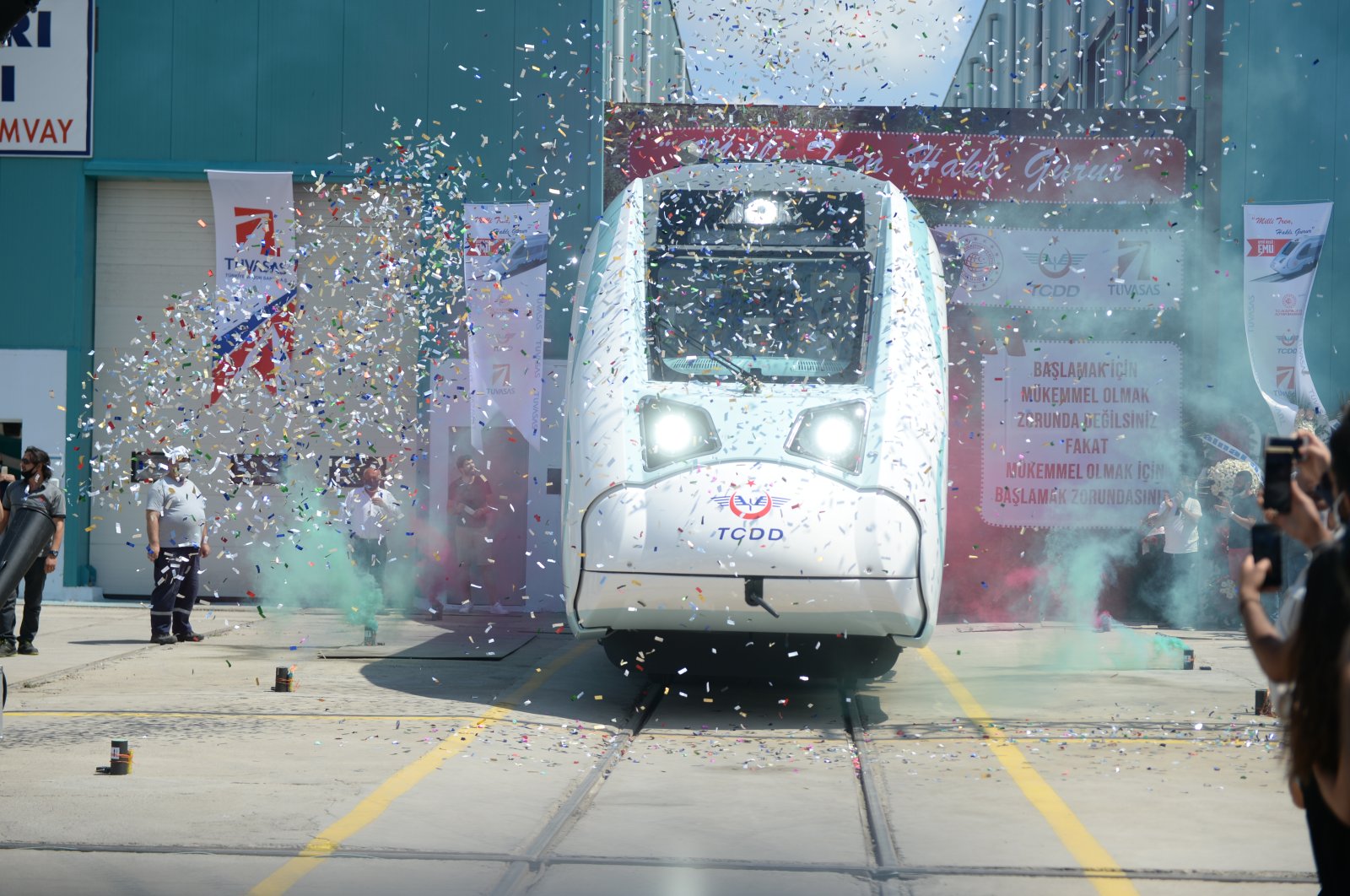 He was speaking at the factory test launching ceremony at the Turkish Wagon Industry (TÜVASAŞ) plant in the northwestern province of Sakarya Monday.

The minister said the project had come this far thanks to the team that managed to conduct aluminum body production, paintwork and sandblasting tests on the train in 2019.

Varank added that local manufacturing will cost Turkey 20% less from comparable imported models and said the project’s role will also play as a locomotive for the development of the domestic industry.

The train’s control and management systems were developed by Turkish defense manufacturer ASELSAN, while other critical components such as subsystems, software, hardware, climate and lighting systems were also procured locally, Varank said.

"The prototype is 60% domestically sourced and we are hoping to increase that rate to 80% after beginning mass production," Varank said.

Noting that the railway transportation systems had an annual market volume of $180 billion, Varank said Turkey had the potential to become a global, competitive player in the industry.

He said the government planned to spend $17 billion (TL 116 billion) in railway systems investment over the next decade and called on private sector actors to take part in the initiative.

Also present at the event, Transportation and Infrastructure Minister Adil Karaismailoğlu said TÜVASAŞ, which was established as a train repair facility, has become the largest railway system producer in the Middle East.

He said TÜVASAŞ would continue to operate under the name of the Turkey Rail System Utilities Industry Company (TÜRASAŞ). "The ministry would prioritize railway projects in the coming period," he added.

The country has spent TL 880 billion ($338 billion) in transportation and communication infrastructure in the last 18 years. TL 162 billion ($62.3 billion) of the amount was in railway systems, he said.