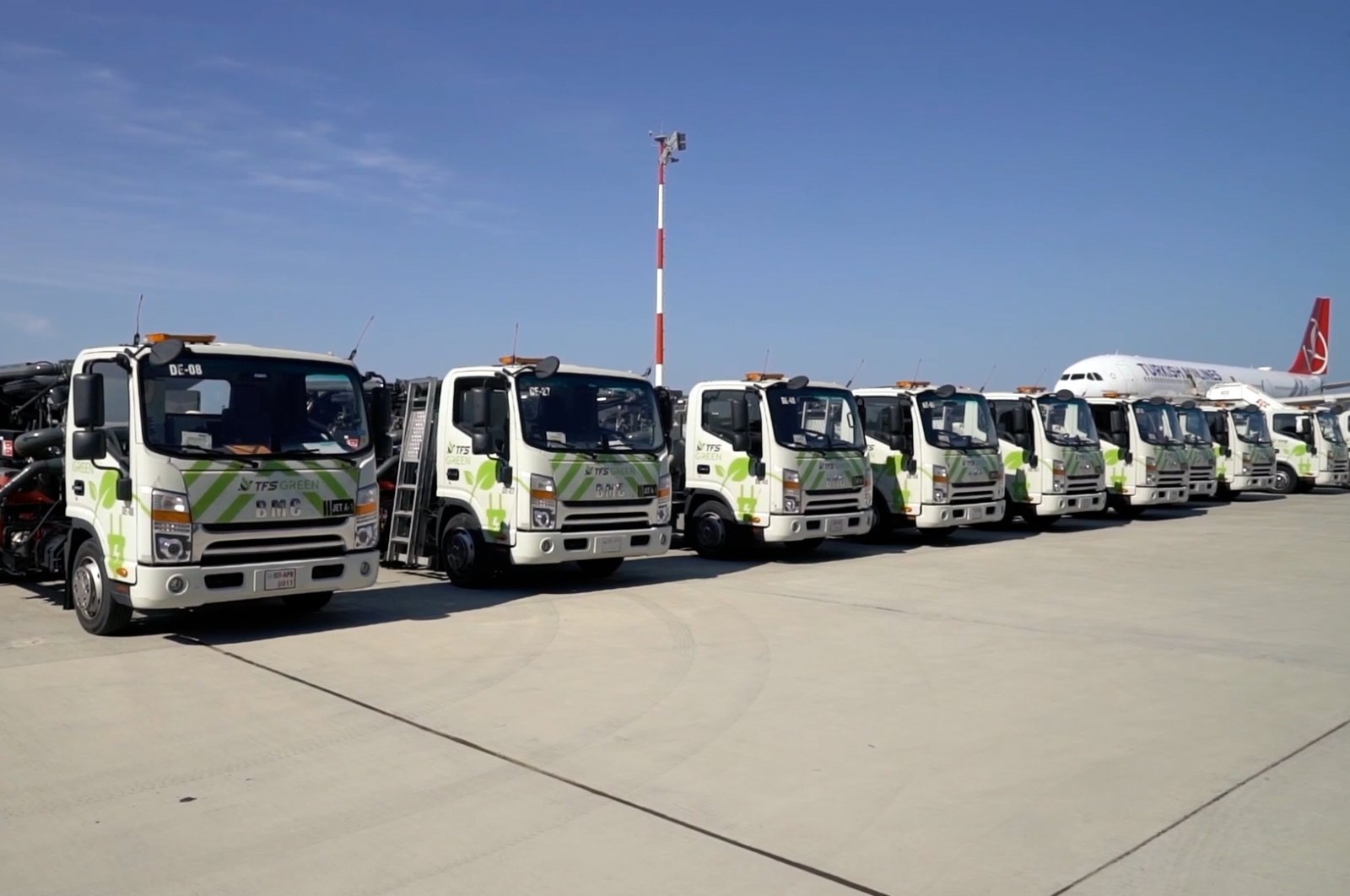 Turkish Fuel Services (TFS) has become the first-ever aviation fuel supply company in the world to use electric dispensers, a press release from the company said Tuesday.

According to the statement, the company has transformed its dispensers into electric-based ones to be used at the apron of Istanbul Airport, with the support of its local stakeholders.

"By transforming 50 jet fuel supply dispensers into electric within the scope of the project, TFS enabled a total of 4.445 tons less carbon emission. Önderyol and Katmerciler firms from Turkey took part as responsible stakeholders in the project," the press release said.

"Thanks to the project, Turkish firms acquired the know-how in the field of transformation of industrial vehicles into electric. The project also helped in reducing environmental pollution, noise pollution and energy consumption. TFS shared the outcomes and key aspects of the project with companies from Germany and Saudi Arabia that are willing to start a similar project," it said.

"TFS Management stated that they will keep developing environment-friendly practices as electric dispensers project is only the beginning. From April 2019 up until today 280,546 jet fuel supply operations for different planes have been completed and 4.130.000 m3 of jet fuel is transferred by use of electric dispensers. The rate of transfers made solely by electric dispensers is 97%," it said, adding that the project led to 4.445 tons less CO2 emission in total, 1.024 cubic meters less diesel fuel consumption per year and prevented noise pollution.

“As TFS, we have taken all steps towards constructing the future. Instead of just saving the day, we have built a sustainable and scalable operation to save the future. Instead of small gains in the short term, we looked for much more permanent benefits in the long term. Our electric dispenser project has been one of the best outputs of this vision," TFS CEO Hüseyin Hilmi Aslanoğlu was quoted as saying.

"As of today, we can say that the project has paid off quite well with the gains we have made from fuel consumption savings. We will continue to take our steps towards providing long-term and permanent benefits."