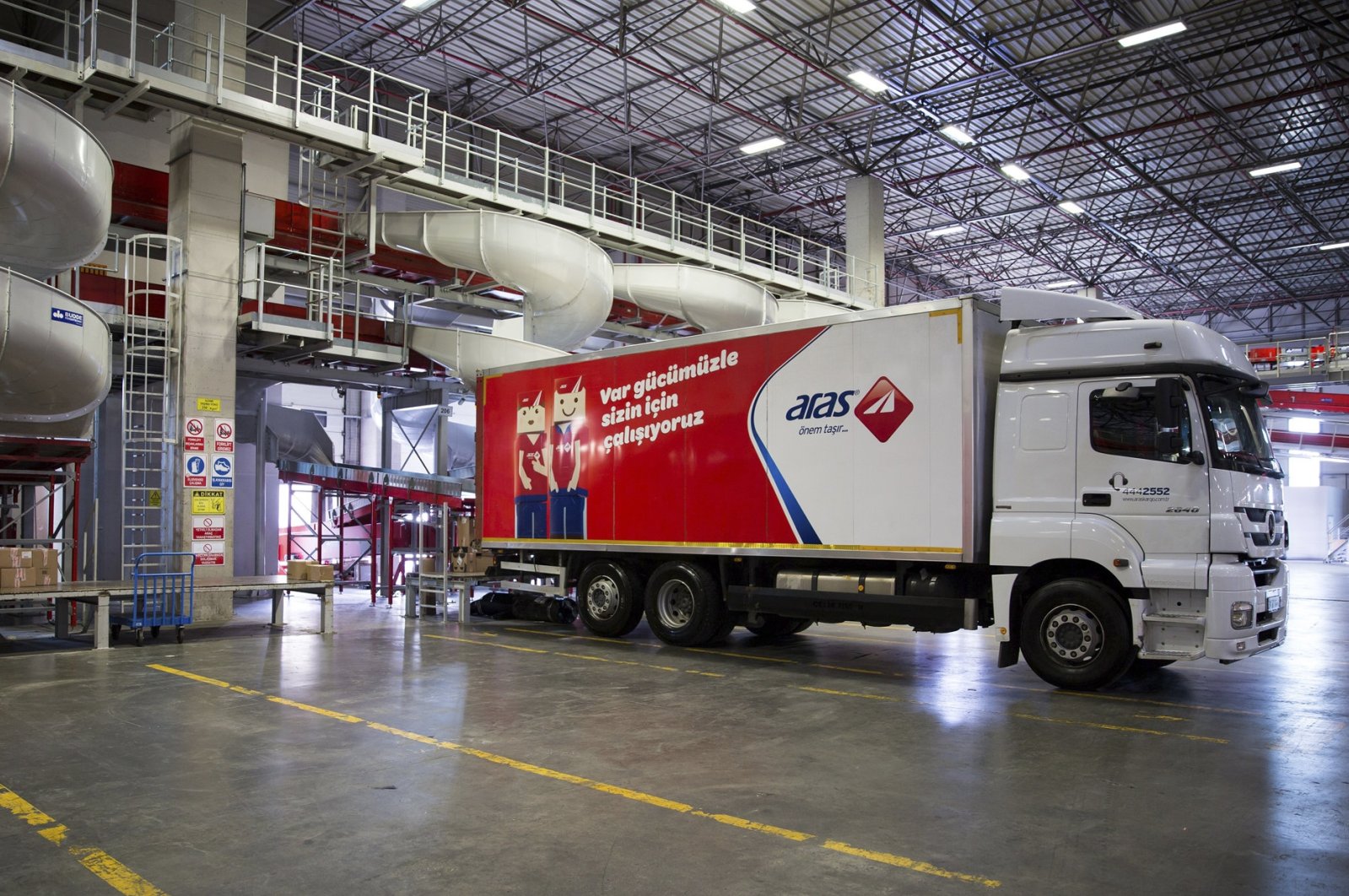 An Aras Kargo truck can be seen waiting at the company’s Ikiteli Transfer Center in Istanbul’s Başakşehir district in this undated file photo. (Sabah Photo)
by DAILY SABAH WITH AA Dec 11, 2020 5:16 pm
RECOMMENDED

The COVID-19 pandemic has had a strong effect on all sectors around the world, and the logistics and transportation sector is no exception. The sector, however, was able to improve itself and has emerged stronger, adopting the mission of ensuring the continuity of trade throughout the pandemic, the CEO of a leading Turkish transportation company said.

Barış Baran Aras, who is the chairperson of Aras Holding, which owns Turkish parcel delivery firm Aras Kargo, told Anadolu Agency (AA) on Friday that despite all the hardships, the transportation sector has come out stronger.

Referring to the pandemic measures taken specifically for their companies, Aras said that disinfection is carried out at all points where the cargo passes from reception to delivery, hygiene practices are applied at the utmost level, and the health status of their personnel is regularly monitored.

During the pandemic, the demand for the sector increased, Aras said, citing several reasons including an increase of people working from home or staying home that led to more orders of even the most basic necessities over the internet.

As people started spending more time in their homes, they started to take up new hobbies, which also increased online purchases, he added.

At first, an unexpected increase in purchases caused delivery delays; however, the problem was solved within a short amount of time with new measures, Aras said, noting that the sector's employees have been working uninterruptedly during the pandemic. This resulted in an increase in customer appreciation as notes were coming in from customers thanking the employees. These notes really motivated them, Aras said.

Aras said that the pandemic also enabled them to implement many applications that were planned but were waiting to be put into motion.

“In this difficult process, our priority was to protect the health of our employees and customers. We started to develop new models to collect and deliver cargo with as little contact as possible. Delivery by appointment was one of the prominent services among our alternative delivery services,” he said.

He also noted that despite the challenging conditions of the pandemic that caused job losses in many sectors, they have increased the number of their employees thanks to the boost in business.

“The strengthening of the infrastructure of the highways and newly established ones, investments in ports along with the airports established according to world standards also show the importance the government attributes to the logistics sector and their aim of making Turkey a global logistics base,” Aras said.

However, he added that the developments are still below the country’s potential.

“In this period, we see that many large and small cargo and courier companies have been established, and various e-commerce companies have established their own sub-transport companies considering the increasing potential and cargo costs and have started to provide services to the outside,” he said.

Aras Kargo was founded in 1979 and now has around 14,000 employees, approximately 900 branch offices, and a vehicle fleet of more than 4,000. It serves around 12 million individuals each month, according to its official website.