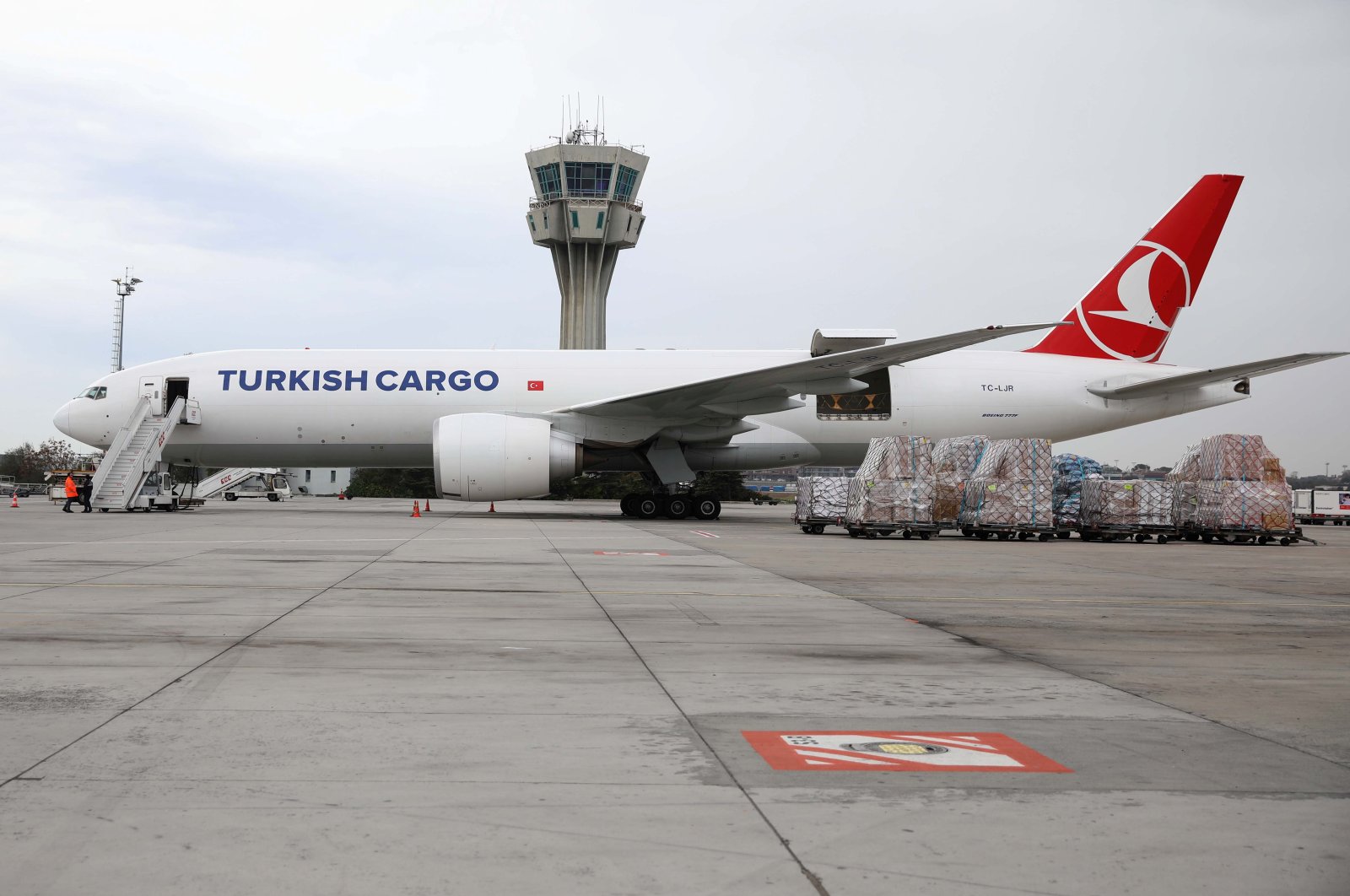 The new deal follows a similar agreement signed by the two sides in December that looked to help rev up the exports and ease access to strategic markets, while also paving the wave for a larger inflow of foreign currency.

The “Air Cargo Cooperation Protocol,” signed at the Trade Ministry headquarters in the capital Ankara, will include perishable goods for the first time and is estimated to add approximately $6 billion to the exports.

The move comes as Turkey boosts efforts to enlarge the share of air and railway transport in shipping goods.

The agreement will cover exports to 46 destinations to be shipped by Turkish Cargo, THY's subsidiary, and will offer exporters a discount on shipments of multiple goods from eggs, fresh fruit and vegetables to fish, said Trade Minister Mehmet Muş.

“Some of the most important export items have been included (in the agreement), from eggs to fish in perishable products. In addition, we agreed to offer a discount of 10% to 35% for exports to 46 countries, covering a wider range of products, including e-commerce goods,” said THY Chairperson Ilker Aycı.

Some 7.5% of Turkey’s exports and nearly 18% of its imports were transported by air as of 2020, Muş noted. These came in at 8% and 10%, respectively, from January through July of this year.

“The air cargo market is predicted to reach an important threshold with a growth approaching 10% per year in the 2021-2024 period,” Karaismailoğlu said, adding that Turkish Cargo has secured a prestigious position in the international arena.

Emphasizing the positive outcome after the first cooperation agreement between TIM and Turkish Airlines, the minister said Turkish Cargo will continue to contribute to the growth of the air cargo industry and prove how valuable it is for the development of exports.

“After the first cooperation, a total of $1.2 billion of high value-added product exports were made to 28 destinations determined in the four-month period between December 2020 and March 2021,” he informed.

“Looking at the transported tonnage data of (Turkey’s) 28 export markets, the tonnage transported in the December 2020-March 2021 period was revealed as 65,669 tons, with an increase of 10.7% compared to the previous period," he added.

The second agreement is expected to strengthen the current cooperation. “With the wide flight network, our exporters will be able to reach markets on a global scale with a much larger capacity, in a much faster, higher quality and advantageous way, and will seize opportunities in new markets,” Karaismailoğlu said.

“We aim to accelerate our country’s export mobilization with the expectation of realizing high value-added exports close to $6 billion by the end of the year.”