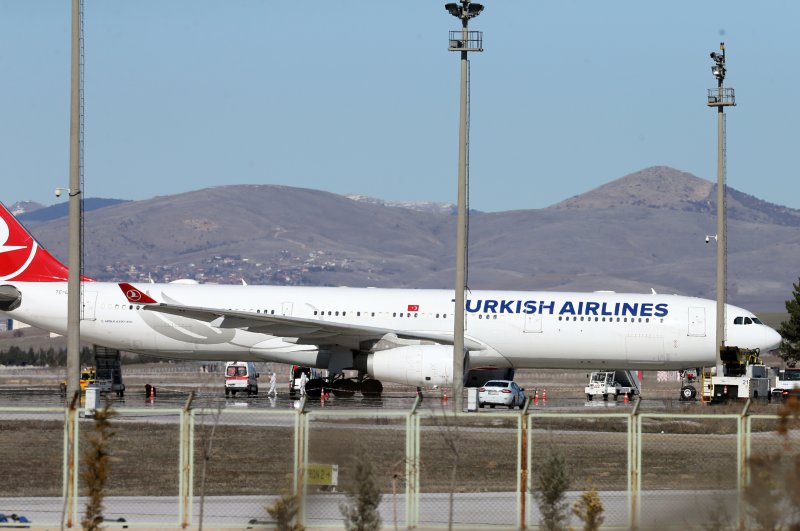 Turkish Airlines (THY) has reduced the flight frequency to South Korea’s capital Seoul and has temporarily suspended flights to Azerbaijan's autonomous Nakhchivan region as part of measures against the potential spread of COVID-19, the novel coronavirus, the carrier’s chairman said Thursday.

“We take precautions wherever the virus has spread in the world. Nakhchivan flights have been suspended, Seoul flights have been reduced. We are following Iran very closely,” İlker Aycı told a meeting with reporters in Istanbul.

He added that the carrier continues flying to the Azerbaijani capital Baku and to Ganja, the country’s second-largest city.

The chairman also said flights to Saudi Arabia for Umrah pilgrimage were also suspended, after Riyadh early Thursday temporarily suspended entry for individuals aiming to perform the Umrah pilgrimage or to visit the Prophet's Mosque in Medina over concerns of the spread of coronavirus.

The flag carrier earlier this week canceled its flights to Iran, along with flights to China, where the outbreak began. Turkey brought a number of Turkish citizens home from Iran on Tuesday on a specially arranged evacuation flight carrying 142 people, including crew members, and placed all under quarantine in the capital Ankara. None of the 142 people tested positive for coronavirus, Health Minister Fahrettin Koca said.

Turkey has already closed its land border with Iran as a precaution to stop the potential spread of the coronavirus.

“There are 12 risky countries; we carry out disinfection work on aircraft related to these,” Aycı noted, adding that the airline disinfected more than 250 aircraft so far as part of their precautionary measures.

In China, where the virus was first detected in December, the death toll from the outbreak has exceeded 2,740, with over 81,000 confirmed cases. The World Health Organization (WHO) has declared the outbreak an international health emergency.