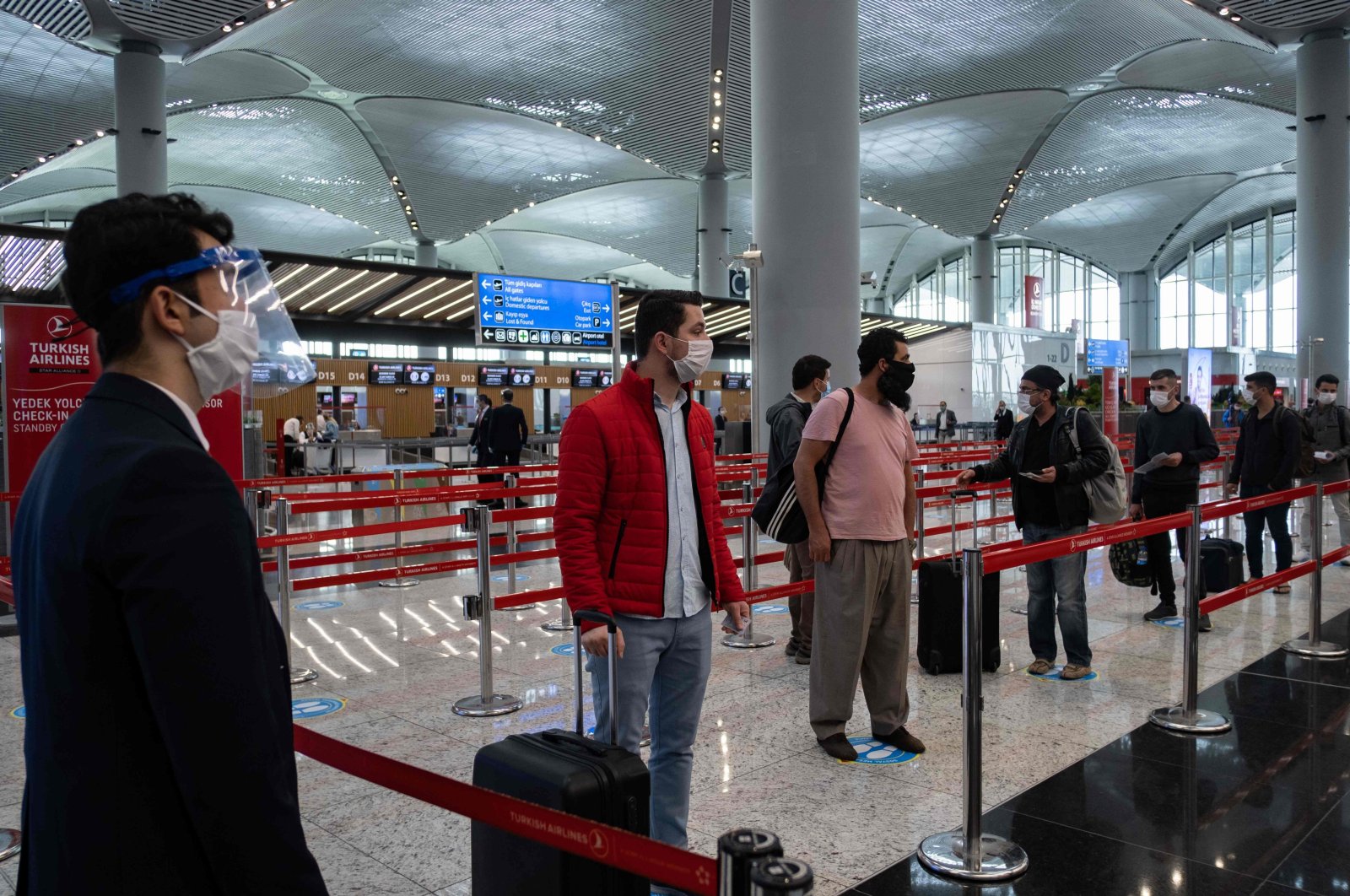 Passengers wearing protective face masks wait to be checked in at Istanbul Airport on the first day of the resumption of domestic flights after a pause due to the pandemic, in Istanbul, Turkey, June 1, 2020. (AFP Photo)
by DAILY SABAH WITH AGENCIES Sep 10, 2020 3:58 pm
RECOMMENDED

The Turkish civil aviation sector has survived the pandemic with minimal impact, Transport and Infrastructure Minister Adil Karaismailoğlu said Thursday, thanks to the regulations and support the country has given the sector since the beginning of the outbreak. In August alone, the total passenger traffic of the airports across Turkey was approximately 9.5 million including the direct transit passengers, the minister said.

“The world civil aviation sector is experiencing great difficulties, but thanks to the regulations and support we have given the sector from the beginning of the pandemic, the Turkish civil aviation sector is surviving this with minimal impact,” Karaismailoğlu said, noting that the Airport Council International (ACI) data predicts that there will be a 40% decrease in the number of passengers worldwide along with a decrease of $76 billion in airport revenues by the end of the year when compared to 2019.

Stating that since the first day of the COVID-19 outbreak, the country has taken measures for civil aviation, as it has for all sectors, Karaismailoğlu said, "In the period when the airline transportation came to a halt, we took the necessary measures to prevent the operators from losing slots due to flight cancellations.”

“We have postponed payments such as licenses, extensions, electricity, water, heating-cooling, turnover share for airports, terminal costs and ground service businesses until Jan. 31, 2021. We made a 50% reduction in aviation service fees this year. We postponed the airlines' debts to Eurocontrol. With the amendment made in the regulation on air passenger rights, we postponed the ticket refunds for two months after the resumption of the flights,” he said, noting that all these measures aimed to minimize the problems the sector faces during this period.

Karaismailoğlu stated that the technical regulations made during the pandemic period also ensured the sector would bounce back quickly during the normalization period and increased confidence in Turkish civil aviation.

He said airports have been reorganized under a certification program initiated by the Ministry of Transport and Infrastructure. "This certificate has increased the confidence in our country's civil aviation both nationally and internationally, and many international flight destinations have been reopened thanks to this trust," Karaismailoğlu said.