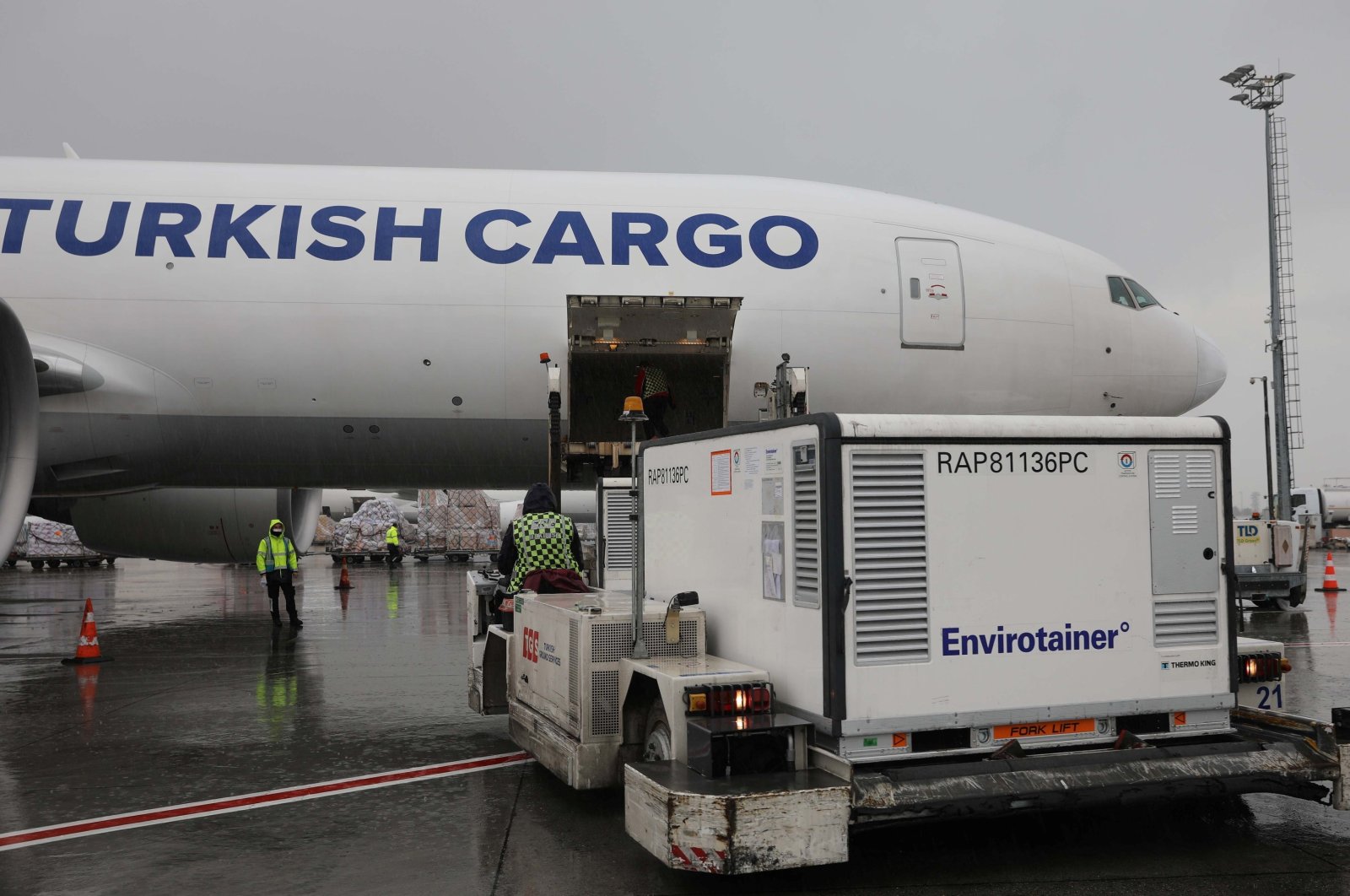 The cargo carrier, which was in sixth place in the same period the previous year, surpassed the biggest brands in America, Europe and the Far East, rising to third place, the THY Press Office said Thursday, citing International Air Transport Association (IATA) data.

The company had the highest growth rate of the top 25 air cargo carriers, with a 5.7% market share in June 2021, according to the freight tonne kilometers (FTK) data determined by multiplying the air cargo tonnage by the kilometers covered.

According to IATA's April statistics, Turkish Cargo moved up the rankings by transporting one out of every four cargo exports in Hungary, with a market share of nearly 2%. The statistics for May indicated that the company surpassed many strong rivals, having transported 1,668 tons of air cargo, ranking second in Switzerland in cargo exports.

The company has the largest cargo plane network of all air cargo companies, excluding express carriers, consisting of 96 destinations. It carries out its operations with a fleet of 372 aircraft, 25 of which are cargo planes.

THY Chairperson Ilker Aycı, commenting on the development, said they are proud of how quickly Turkish Cargo is achieving its goals.

“Achieving this performance, especially in a crisis period, is an important indicator that we do not recognize any obstacles in front of our success. I believe that Turkish Cargo will continue to rise and it will carry our flag to the top as well,” he said, thanking all colleagues who contributed to the company's success.