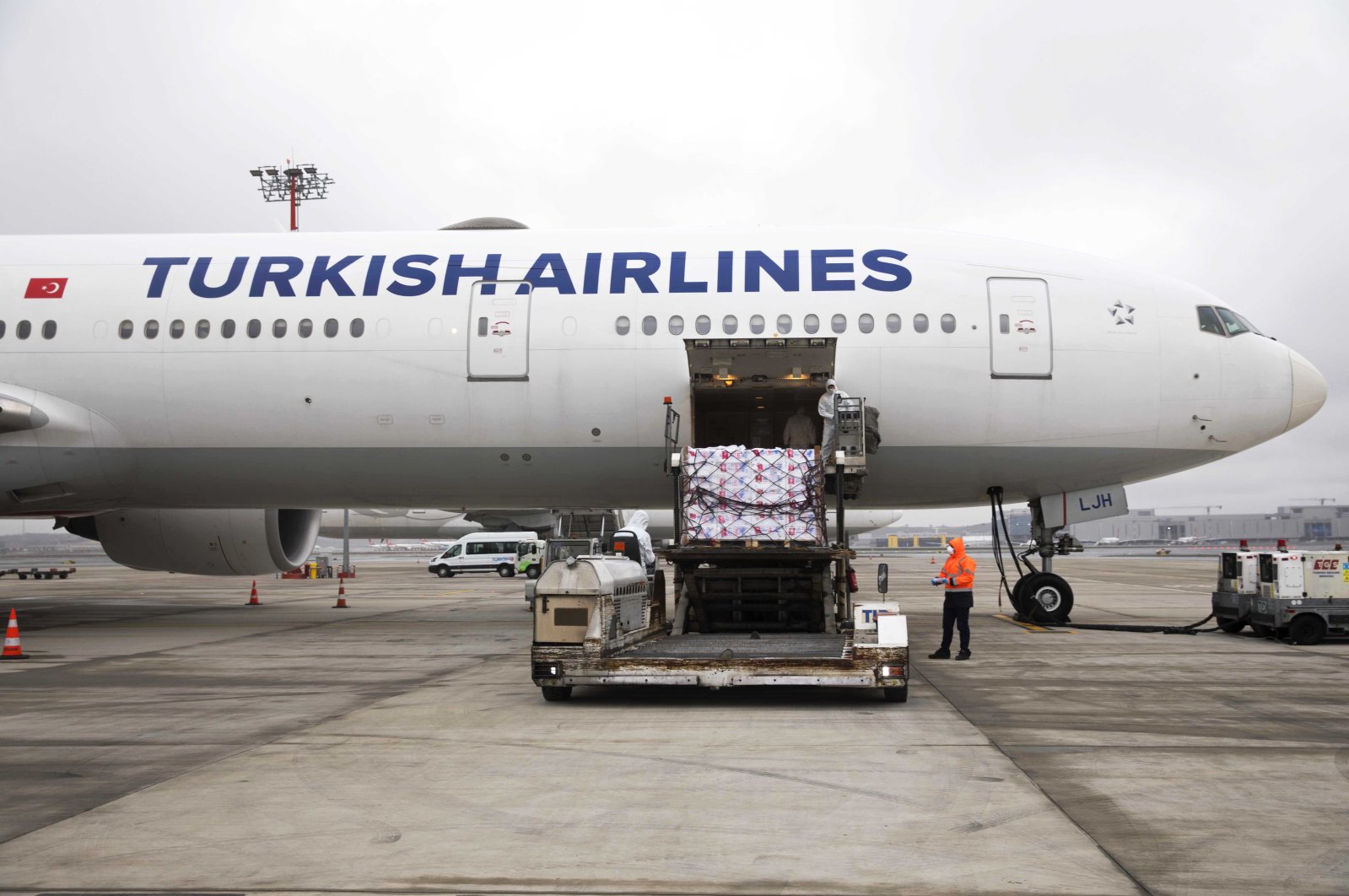 Turkish Cargo, a division of Turkey's national flag carrier Turkish Airlines (THY), has boosted its capacity to prevent any supply chain disruption and to carry critically important medical freight amid the coronavirus pandemic.

With the world’s sixth-largest cargo capacity, Turkish Cargo has started to operate cargo flights with Turkish Airlines’ passenger aircraft in addition to its flights with 25 high-capacity freighters, the company said in a statement Wednesday, as the global repercussions of the unprecedented situation caused by the outbreak continue.

THY on Sunday announced it will halt all of its international flights as of March 27, except those to Hong Kong, Moscow, Ethiopia, New York and Washington, amid the outbreak.

The carrier was not using 85% of its planes, said İlker Aycı, the board chairman, after Turkey had already halted flights to and from various countries in a bid to stem the spread of the virus, while other nations have also closed their airspace to avoid risk.

The company also noted although they will decrease, domestic flights will continue.

While announcing a TL 100 billion (around $15.4 billion) stimulus package last week to support the economy and lessen the impact of the pandemic, President Recep Tayyip Erdoğan vowed to support THY, which has helped the government evacuate hundreds of its citizens from several countries.

Turkish Cargo has already increased the frequencies of its flights to compensate for any loss of capacity due to the pandemic. It added 14,500 tons of extra capacity to and from Turkey with 167 additional freighter flights.

This followed the International Air Transport Association’s (IATA) appeal to the governments to exclude air cargo operations from any COVID-19 travel restrictions to ensure life-saving medical supplies can be transported without disruption.

“In movies, savior superheroes would appear in the sky when the world was in trouble. The coronavirus is not a movie, it's too real, but our hero is in the sky again. With its increased capacity, Turkish Cargo delivers health products to our country and around the world,” Yahya Üstün, Turkish Airlines' senior vice president for media relations, said on his Twitter account.

The cargo carrier already started to bring test kits from China that can test for coronavirus in just 15 minutes.

The company flies to more than 300 destinations in 127 countries with the transportation capacity of Turkish Airlines, in addition to its 90 cargo markets.

Turkish Cargo aims to operate flights to 120 direct cargo destinations in 2023. It continues to be the preferred brand in air cargo transportation by achieving sustainable growth with its infrastructure, operational capabilities, fleet and specialized crew and teams.

The company also boosted efforts to compensate for the damage to the virus-hit travel sector and contribute to the country’s foreign trade, as the pandemic has forced governments to impose lockdowns and close border gates, threatening the exchange of goods and supplies of vital products including medicines.

Turkey’s death toll from the coronavirus increased by seven to 44 on Tuesday as the number of confirmed cases rose by 343 to 1,872, Health Minister Fahrettin Koca said.

Ankara has already closed schools, cafes and bars, banned mass prayers, postponed sports matches. On Tuesday, it also imposed restrictions on grocery store operating hours and the number of customers allowed inside at a time, while restricting the number of passengers on public buses to 50% of the vehicle’s capacity.

The coronavirus first emerged in Wuhan, China last December and has since spread to at least 170 countries and regions, according to data compiled by Johns Hopkins University in the U.S.

More than 375,500 confirmed cases have been recorded worldwide as of Wednesday noon with the death toll surpassing 16,362, while over 100,000 have recovered.

Despite the rising number of cases, most people who become infected suffer only mild symptoms and recover. The World Health Organization (WHO) has declared the outbreak a pandemic.