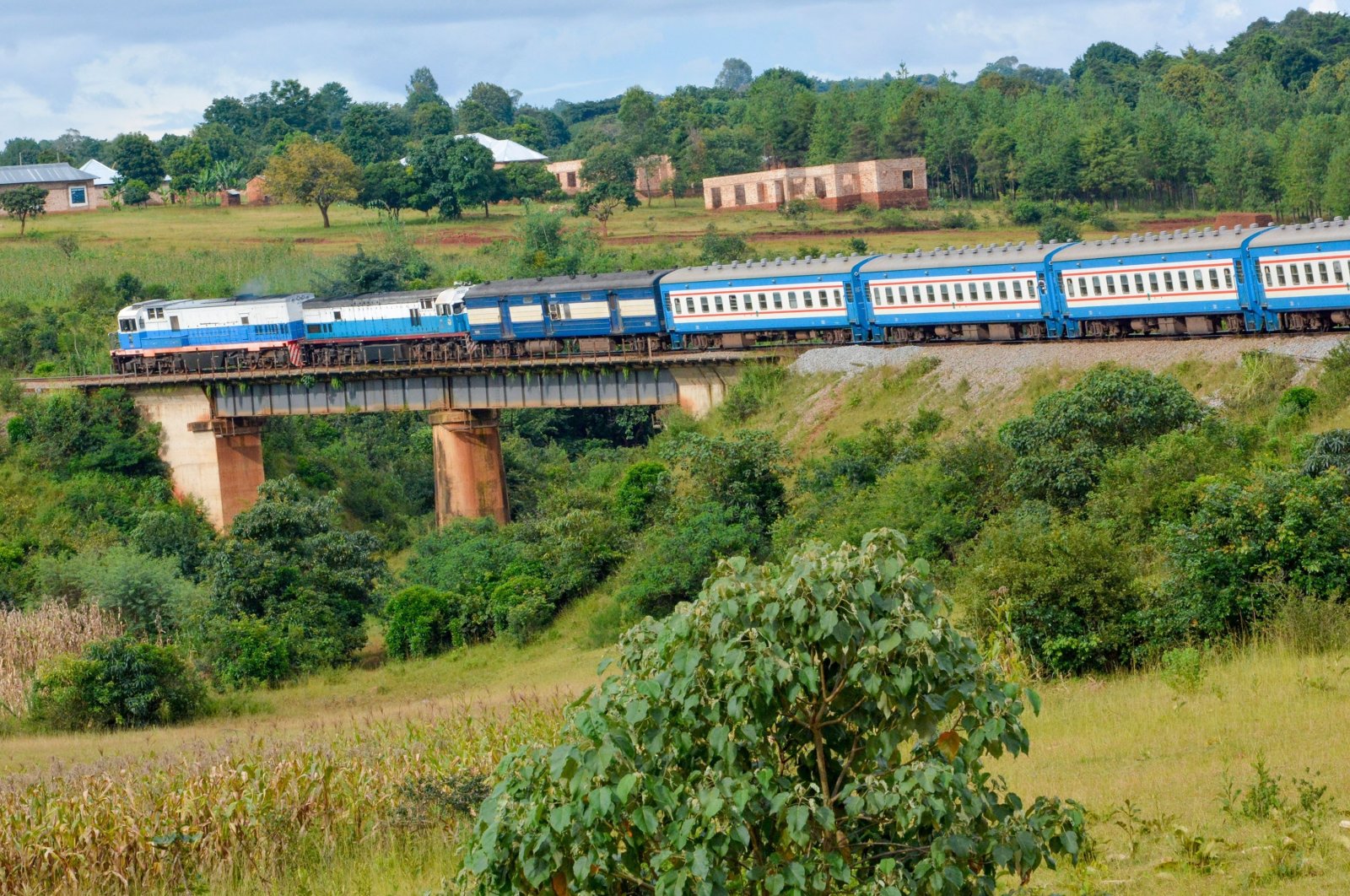 A train travels through the tunnels and hills of the Mbeya region in Tanzania, June 9, 2018. (Shutterstock Photo)
by Daily Sabah with Reuters Jul 05, 2022 2:27 pm
RECOMMENDED

Tanzania has signed an agreement with a Turkish firm, Yapı Merkezi, to build a $900 million modern railway line as part of the country’s efforts to upgrade transportation links and boost trade with its neighbors, it said on Monday.

The 165-kilometer (102-mile) line, which will connect the two towns in northwest Tanzania, is part of a bigger 1,219-kilometer rail project Tanzania has been implementing in phases to connect the commercial capital Dar es Salaam on the Indian Ocean to Mwanza on Lake Victoria.

At the signing ceremony in Dar es Salaam, Masanja Kadogosa, the Director-General of Tanzania Railway Corporation (TRC), said the 165-kilometer line would cost $900.1 million. He said it will be built within 42 months, including six months of testing.

Once the new section is completed, it will bring Tanzania’s total investment in the whole modern rail line project to 16.7 trillion shillings ($7.17 billion), he said.

The new section is the fourth of five that will comprise the full line. Yapı Merkezi has undertaken the building of the first three sections.

The government of President Samia Suluhu Hassan has been pushing to complete big transportation infrastructure projects initiated by her late predecessor John Magufuli to boost trade with neighbors Uganda, Rwanda, Burundi and the Democratic Republic of Congo.

The railway project is said to help Tanzania boost trade with neighboring countries, including Rwanda, Burundi and Uganda.

The project is part of the central corridor that will connect Uganda, Rwanda, the Democratic Republic of Congo and Tanzania and provide access to the Indian Ocean for all related.

According to Yapı Merkezi officials, the railway line will establish safe and reliable transportation between Dar es Salaam and other parts of the country.

After its completion, the railway is expected to bolster the overall economy of Tanzania, especially in the field of trade and tourism.