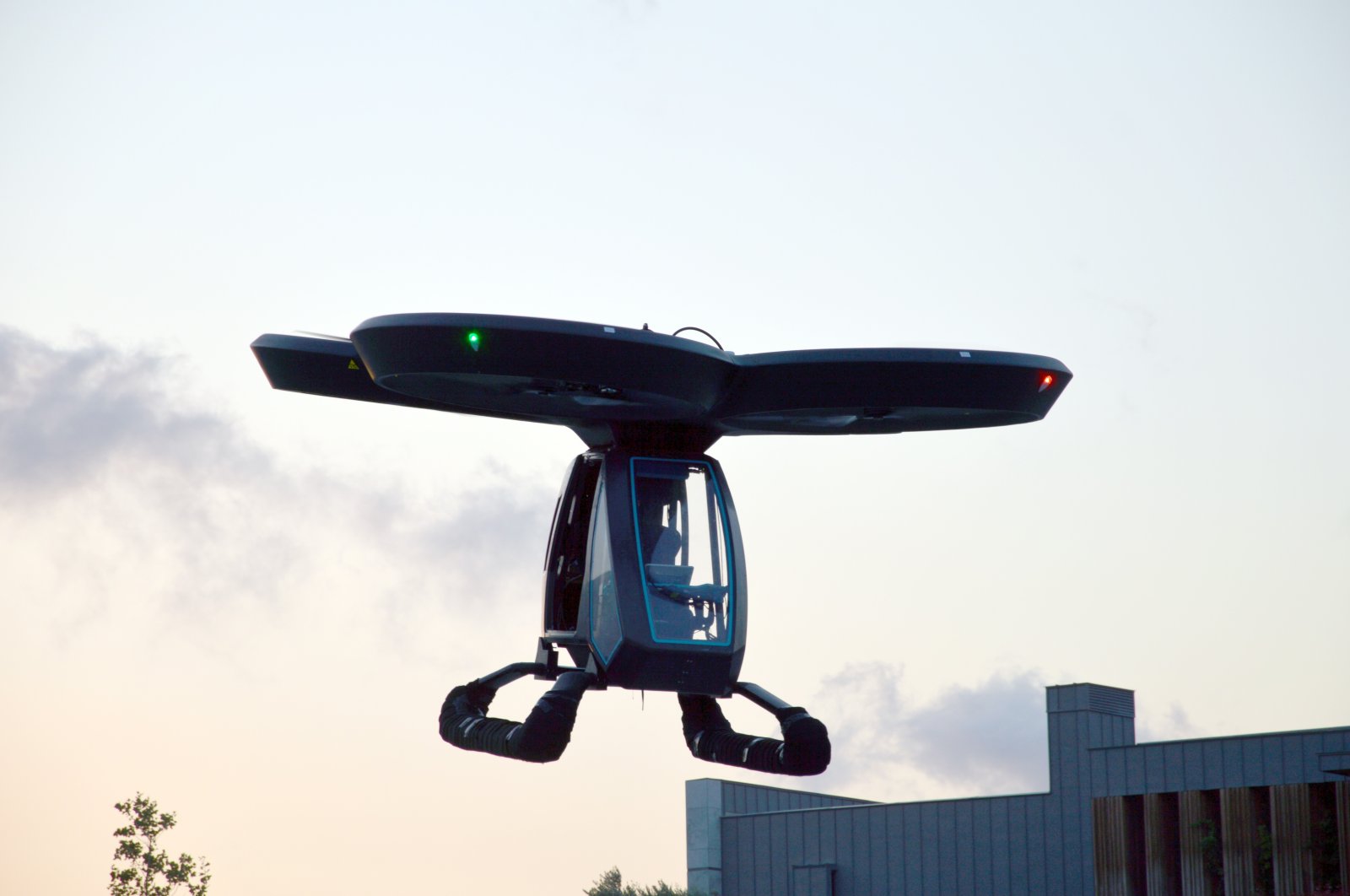 After smart cars, the revolution in automotive technology will be flying cars, Baykar chief technology officer Selçuk Bayraktar noted as Turkey is preparing for tomorrow’s competition rather than today's.

The 230-kilogram prototype flew around 10 meters during the test, which was carried out under the supervision of the company’s chief technology officer, Selçuk Bayraktar.

Recent tests were launched on Sept. 11. Cezeri, which has a smart flight system and is capable of fully autonomous flight, was attached to a rope during its initial flight before the test flight without it Tuesday.

Cezeri can currently carry one passenger only, but its next version will have room for more. The vehicle is to be used for urban transportation in the future.

Bayraktar in a company statement said the upcoming period will see more developed prototypes of the flying car and tests will be conducted with humans in the vehicle.

Though it may take another 10 to 15 years to launch the car, "we could witness recreational use in rural areas such as ATVs within 3-4 years,” he said.

After smart cars, the revolution in automotive technology will be flying cars, Bayraktar said, as the country prepares for future competition.

He added that providing self-confidence and motivating the Turkish youth in every field with the mobilization of the "National Technology Move" is among their most important goals.

The Cezeri flying car was first introduced at the Teknofest Aviation, Space and Technology Festival held at Atatürk Airport between Sept. 17-22, 2019. The car, one of the most prominent elements of the festival, which broke the world record with 1.7 million visitors, also attracted attention from across the globe, finding itself a place on global media.

The Cezeri flying car is expected to bring about a radical change in future urban air transportation. It has been designed to take an active role in passenger and cargo transportation.

It stands out as an alternative to automobiles in urban transportation. Within the scope of urban air transportation, it aims to provide momentum to the passenger and cargo transportation ecosystems that cover city centers and suburbs. Besides, studies are underway for the car to be used for logistic support in the health sector and military fields.

With the introduction of Cezeri, it will be possible to decrease the traffic density in urban transportation, while minimizing the time spent on roads and decrease the air pollution caused by vehicles. The car is set to play an active role in urban air transportation in the future. It aims to reduce traffic accidents, provide a faster cargo transportation service and respond faster to health emergencies.

Minimum technical and aviation knowledge will be needed to fly the car thanks to its high safety standards. The 100% electric car is powered by rechargeable batteries running eight electric motors and propellers. Having three redundant intelligent flight systems, Cezeri will be equipped with artificial intelligence (AI) in the future. The car is expected to reach a cruising speed of 100 kph, with a flight ceiling of 2,000 meters and a range of 70-80 kilometers.

The car is named after Ismail al-Jazari, one of the great Muslim inventors and engineers of the Islamic Golden Age, who lived in eastern Anatolia during the 12th century.

Baykar, established in 1984, is a leading producer of armed and non-armed drones, control systems, simulators and avionics systems.