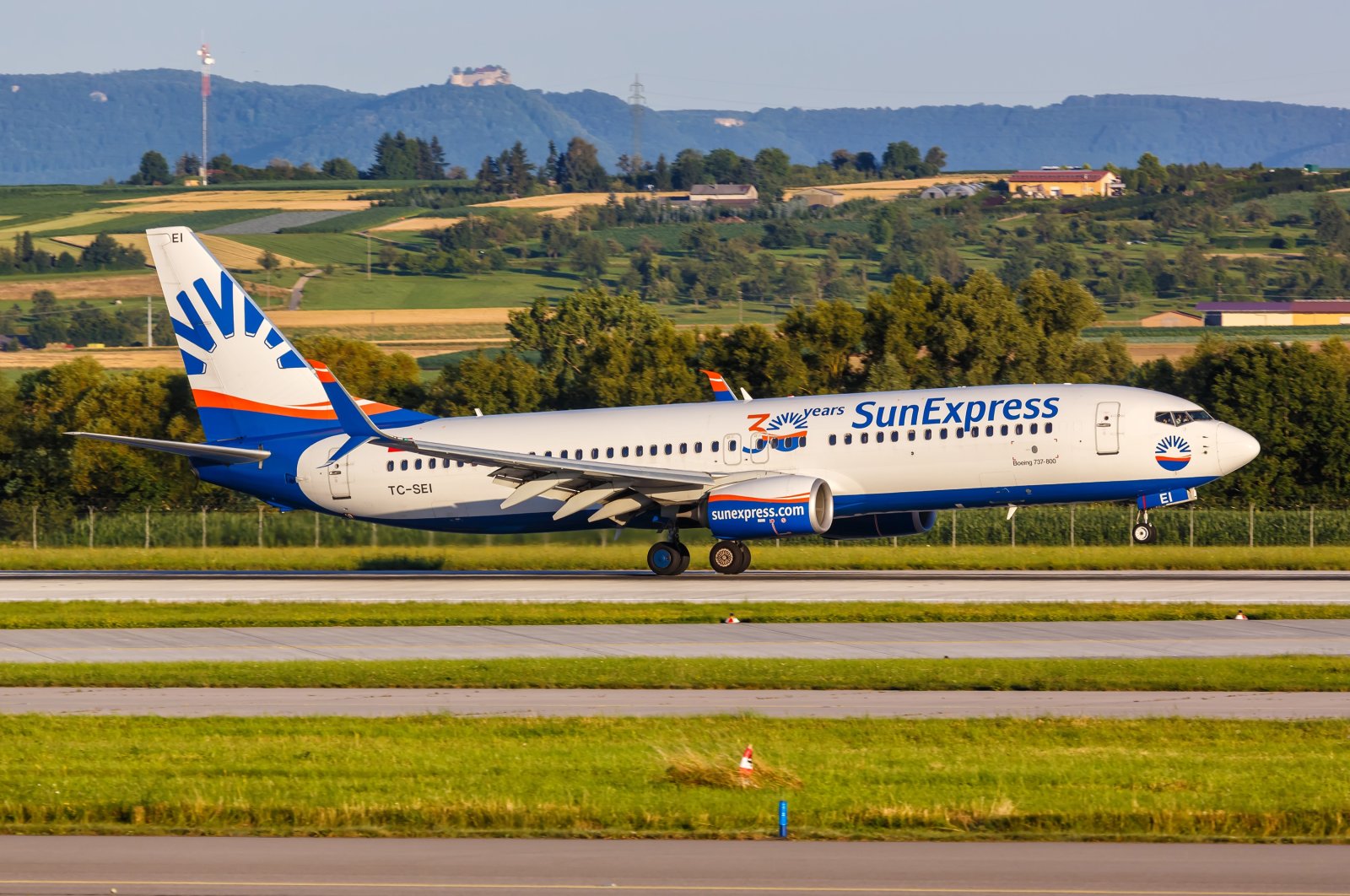 With a groundbreaking new virus test that provides speedy results at check-in, Turkish-German joint venture SunExpress is looking to take the worry out of air travel in the age of coronavirus.

The company will be the first airline to offer free-of-charge, voluntary rapid antigen testing for flights from Germany to Turkey, SunExpress CEO Max Kownatzki told Anadolu Agency (AA) in an exclusive interview.

The test yields a result in around 15 minutes, which means it can be done by health care professionals at the airport, before departure.

Based on the experience of this first test phase in Dusseldorf, SunExpress is looking at the potential integration of the rapid antigen testing into all flights from Germany to Turkey.

"We've started discussions and talks with other airports and we're looking into potentially rolling this out to other airports and obviously also not only have it on Dusseldorf-Antalya but also other destinations within Turkey," he explained.

Hygiene measures such as the compulsory use of masks at the airport and onboard the plane will remain in force for all of the antigen-tested flights.

If the test result is positive, the company repeats the process free of charge despite the low risk (3%) of a false result, Kownatzki stressed.

"If the second result also shows positive, then the likelihood of being positive is really there, obviously, then you cannot board the flight," Kownatzki said, adding the airline offers free rebooking on any other flights along the same route.

A positive rapid antigen test is classified as a suspected COVID-19 case, thus triggering the medical and official regulations of the country of departure.

"We want to experiment with it, learn from it, see how it works operationally, how customers are perceiving it," he noted.

Touching on measures SunExpress has taken to stem any spread of the outbreak, Kownatzki said, "I think not only has the airline done a lot of things but also the Turkish government."

He praised the 100% test requirement policy for all flights from Turkey to Germany.

"The infrastructure has been set up in a way that's fantastic," Kownatzki said.

Highlighting that the company has three customer segments between Germany and Turkey – touristic, domestic and ethnic – he said tourists used to constitute the largest share, over 50%, but their numbers fell due to travel restrictions.

At the same time, ethnic travel, that of Turkish expatriates living in Europe, remained stable and domestic business rose in terms of capacity share, Kownatzki stated.

"These two segments are strong, stable and have been carrying us through this crisis," he explained.

"So again, it's the unique setup of SunExpress that is allowing us to probably be a little more optimistic than other airlines," he said.

The carrier recently announced it was giving passengers the option to book a vacant middle seat for a small fee as part of its virus measures. It said the offer applies to all connections in the SunExpress network.

On the promise of an effective vaccine protecting the aviation sector from coronavirus, Kownatzki said if the market recovers, the company is very well set up for the future and ready to go full throttle again.

"If the market comes back, we're very well set up for leveraging the growth opportunities to come," he stressed.

Based in sunny Antalya, SunExpress was founded in 1989 as a joint venture of Turkish Airlines (THY) and Lufthansa.

The carrier in June said it will shut down its German charter arm, SunExpress Deutschland, and will restructure its business to focus on leisure flights to and from Turkey, as well as domestic flights in the country.

Last year it saw a passenger load factor of 83% and carried an impressive total of over 10 million travelers.