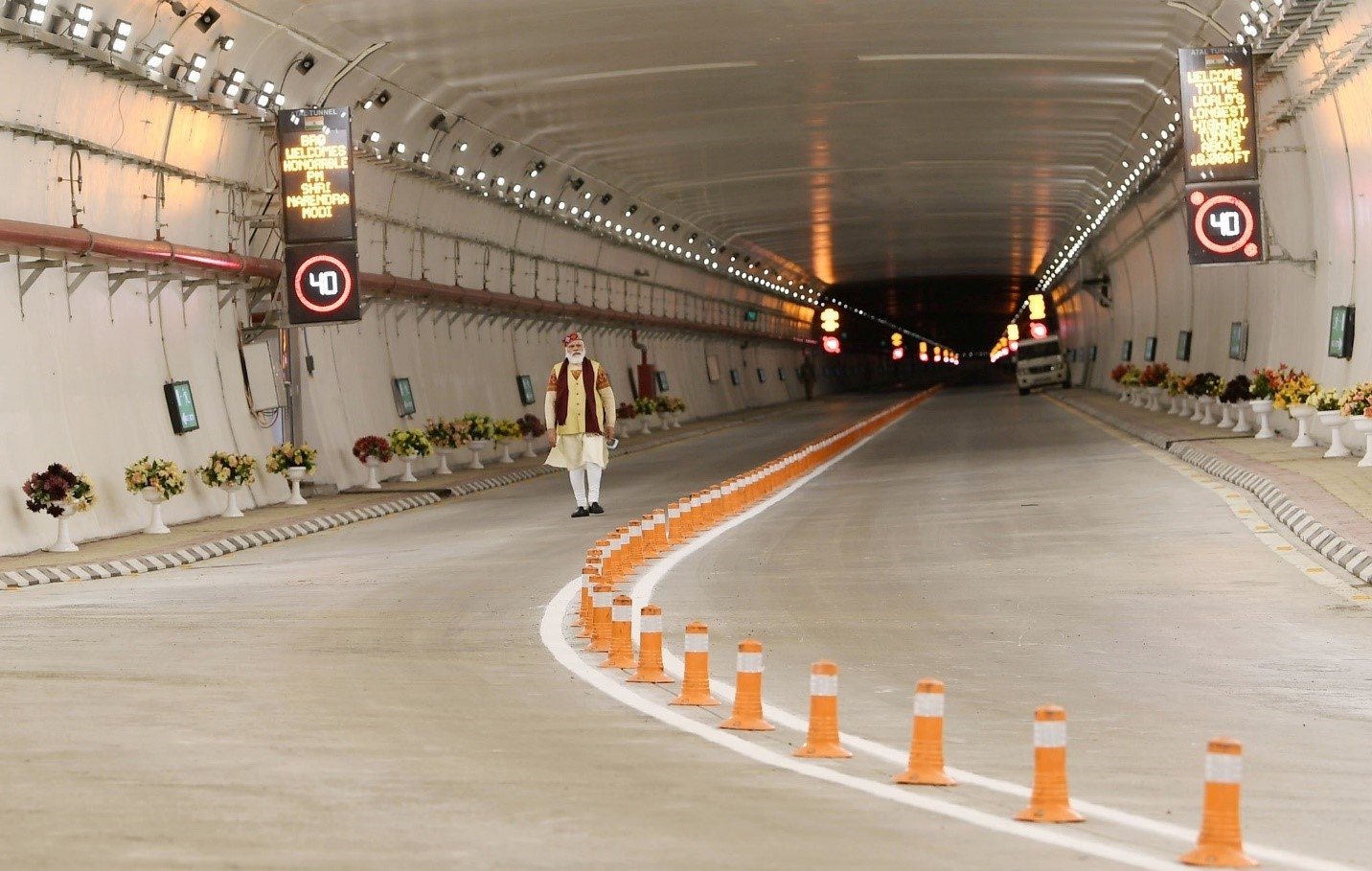 Turkey's Savronik Elektronik is the tech firm behind the electromechanical systems, software, and completion of the technological infrastructure of the world's longest highway tunnel near India's border with China.

Inaugurated in early October, the Atal Tunnel, stretching 9 kilometers (5.6 miles) through the mountains, connects India to neighboring China, according to a statement from the company on Tuesday.

Situated on the slopes of the Himalayan Mountains, this single-tube, double-lane, horseshoe-type tunnel cut the distance from the old Rohtang Pass, spanning nearly 50 kilometers to just 9 kilometers.

The tunnel – the world's longest located over 3,000 meters (10,000 feet) above sea level – provides 365 days 7/24 access, while the Rohtang Pass was unavailable during the winter due to heavy snow.

The project for the tunnel's tech, whose contract was signed in June 2018, was carried out with a team of 500 and completed in just 24 months.

The tunnel has been more than 20 years in the making and is named after former Prime Minister Atal Bihari Vajpayee, who laid the foundation stone of the project in 2002.

The tunnel is said to reduce the travel time between Manali in Himachal Pradesh and Ladakh’s main city, Leh, by four to five hours.

An official handout said earlier that the Atal Tunnel is the "longest highway tunnel in the world."

It is said to have been designed to handle a traffic density of 3,000 cars and 1,500 trucks per day.

Sıddık Yarman, Savronik's chairperson, said the design work was completed in Turkey and implemented through its affiliate in India.

Established in 1986 to serve the Turkish defense industry, Savronik has applied its extensive experience and knowledge from defense projects to its work on transportation and information systems.