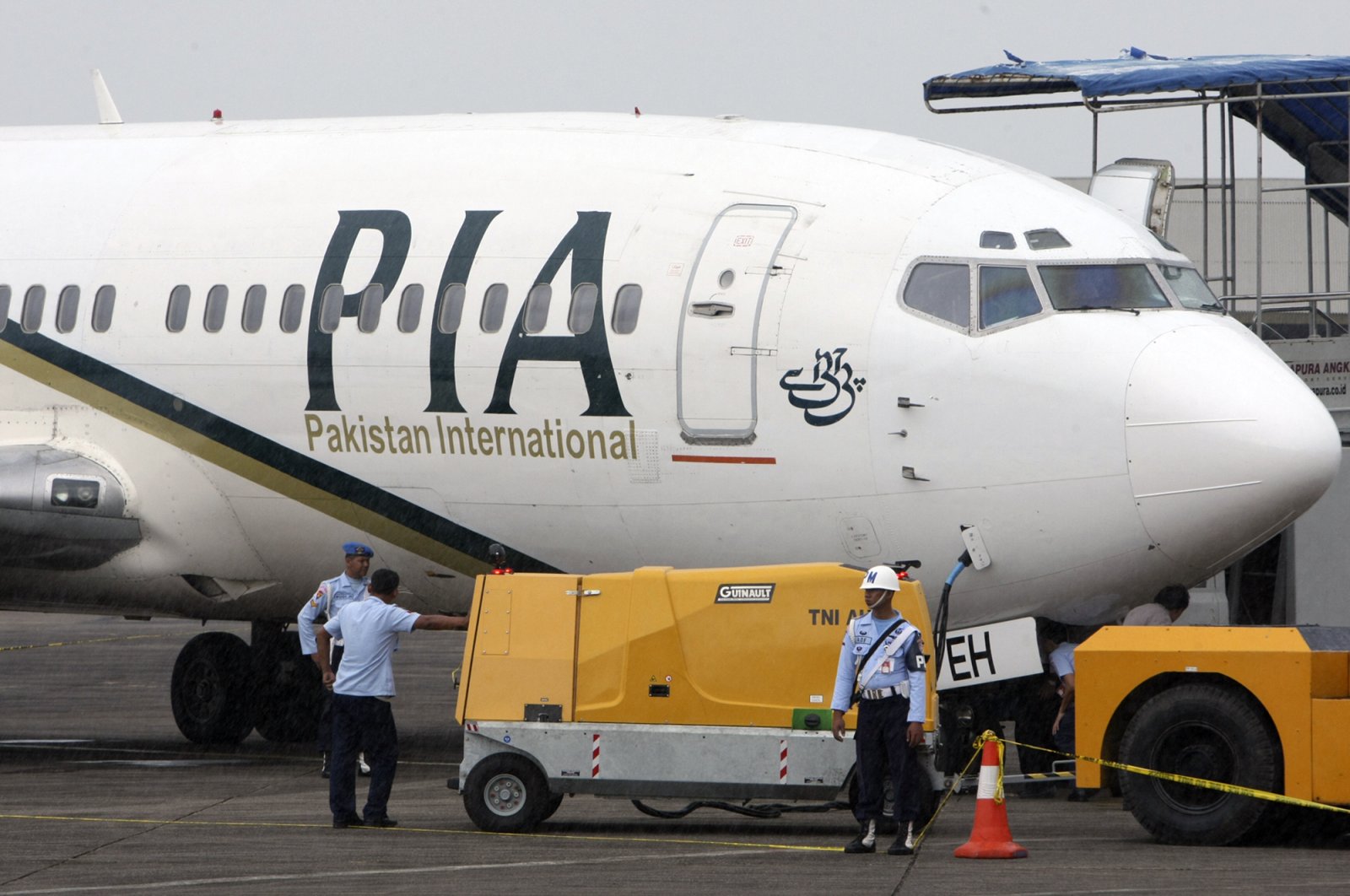 A Pakistan International Airlines passenger jet is parked on the tarmac at a military base in Makassar, Indonesia, March 7, 2011. (AP Photo)
by French Press Agency - AFP Jul 10, 2020 4:24 pm
RECOMMENDED

The United States has banned Pakistan International Airlines from operating chartered flights to the country after the carrier said nearly 150 of its pilots would be grounded over fake or dubious licenses.

It follows a similar move by European Union aviation regulators to bar the state-run carrier for six months.

The U.S. Department of Transportation announced the ban after it was made aware that "nearly one-third of Pakistani pilots are not properly certificated in accordance with international standards," it said in a statement dated July 1 and released to Agence France-Presse (AFP) on Friday.

Pakistan's aviation minister revealed in June that a government review had found around 260 of the country's 860 active pilots hold fake licenses or cheated on exams.

PIA at the time said it would immediately ground about a third of its 434 pilots, just weeks after one of its planes crashed in Karachi killing 98 people – an accident blamed on pilot error.

The airline confirmed in a statement that its approval had been revoked due to "recent events identified by the Pakistan Civil Aviation Authority that are of serious concern to aviation safety."

So far 17 pilots have been fired in the first phase of its investigation, a PIA spokesman told AFP.

The airline had suspended its commercial operations to the U.S. in 2017 after booking financial losses on the route.

But in April the U.S. Department of Transport granted it special permission to operate chartered flights for one year, largely to bring back stranded Pakistanis during the coronavirus lockdown.

Until the 1970s, Pakistan's largest airline was considered a top regional carrier, but its reputation plummeted amid chronic mismanagement, frequent cancellations and financial struggles.