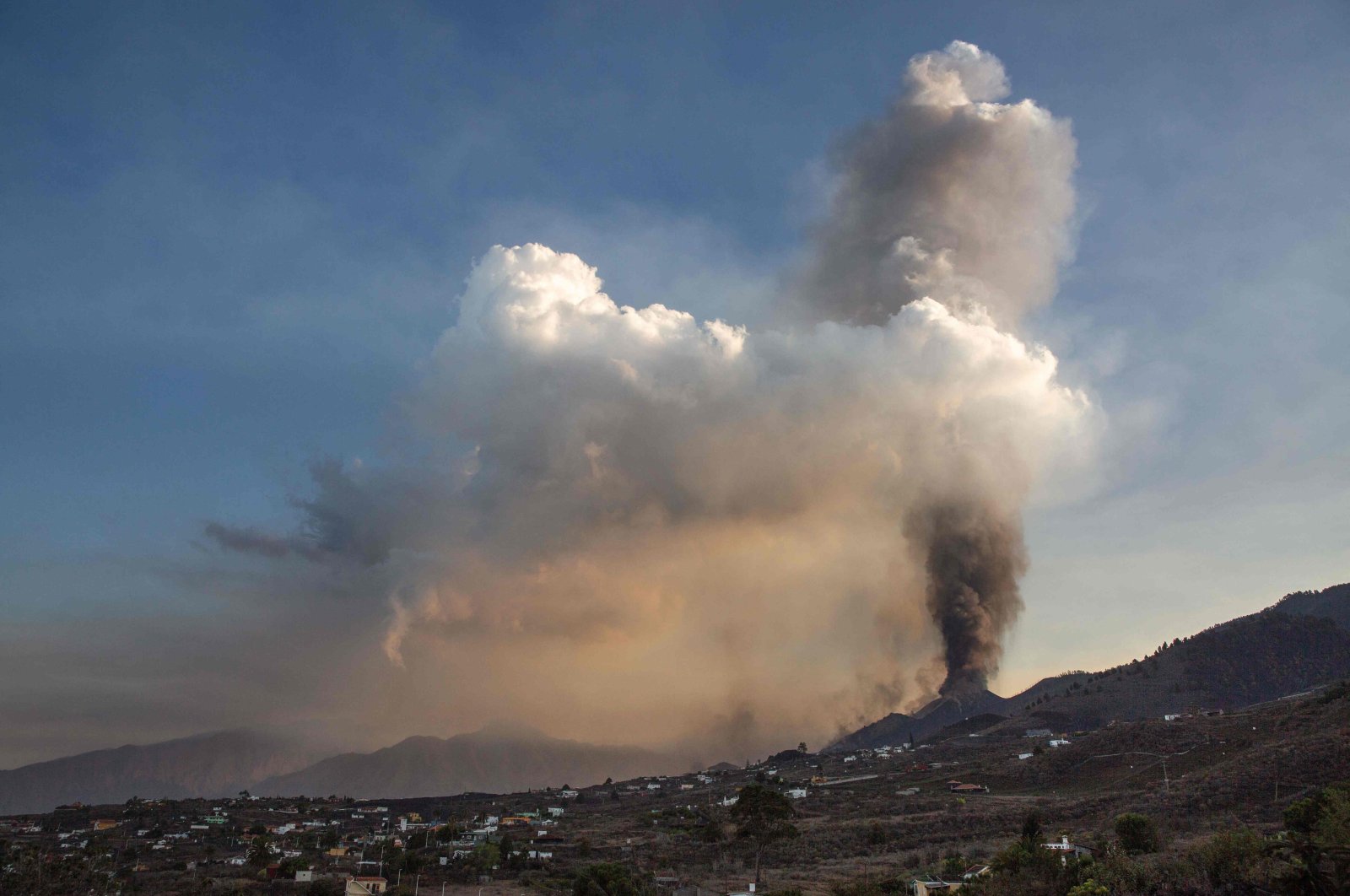 Flights to Spain's La Palma came to a halt on Sunday due to the potentially dangerous cloud of volcanic gas and ash being fed by the island's erupting volcano.

No flights were allowed in and out of the airport, despite emergency workers clearing the ash from the runway.

Islanders faced a mixed picture of good and bad news with some evacuees allowed to return to their homes amid low seismic activity while authorities took stock of the damage caused.

Around 430 buildings have so far been destroyed in the countryside. The volcano on La Palma, which is part of the volcanic Canary Islands off northwest Africa and is home to about 85,000 people, erupted on Sept. 19.

The prompt evacuations of more than 6,000 people helped avoid casualties.

Life on the rest of La Palma, which is roughly 35 kilometers (22 miles) long and 20 kilometers wide at its broadest point, has been largely unaffected.

"We’re not in a state of total alarm,” the technical director of the volcano emergency response unit, Miguel Angel Morcuende, told a news conference. "Life on the island is continuing, though those close to the eruption are facing difficulties.”

The volcano mouth was still ejecting fiery molten rock and belching black smoke. Its roar could be heard kilometers away. Scientists say the eruption could last for up to three months.

The sound of the volcanic explosions can break glass in the surrounding area, Morcuende said, urging people living within 5 kilometers to stay away from their windows. Officials said the falling volcanic ash isn’t a threat to public health, but cleaning it up can be hazardous for people's lungs and eyes.

They urged people to wear a face mask, gloves and eye protection, as well as trousers and long-sleeve shirts, when removing ash.

Some 25,000 metric tons of sulfur dioxide are being emitted from the crater every day but don't pose a health threat, officials said.

Despite Spanish airport authority Aena tweeting that La Palma airport was operational again on Sunday, no aircraft were expected to land or take off. Five airlines had already canceled their day’s flights to La Palma because of the ash cloud. Volcanic ash is hazardous for aircraft engines.

Long lines formed at the island’s port to catch ferries off the island. Authorities allowed 160 evacuees to go back home, and permitted some other evacuated residents to collect belongings from their houses, as lava flows remained slow.

The lava is 2 kilometers from the coast, Morcuende said. Two rivers of lava are slithering down hillsides: one is further north, where molten rock from a new fissure is spreading over an area where lava spread and hardened last week, and another one south of it which is advancing at 30 meters (about 100 feet) per hour.

The temperature of the lava is around 1,250 degrees Celsius (2,282 degrees Fahrenheit).

Pope Francis said on Sunday that he was praying for all those affected by the volcano, dedicating a prayer to them at the end of his weekly noon blessing in St. Peter’s Square. "I think especially of those who have been forced to leave their homes,” the pontiff said.

This month’s eruption is the first on La Palma since 1971.