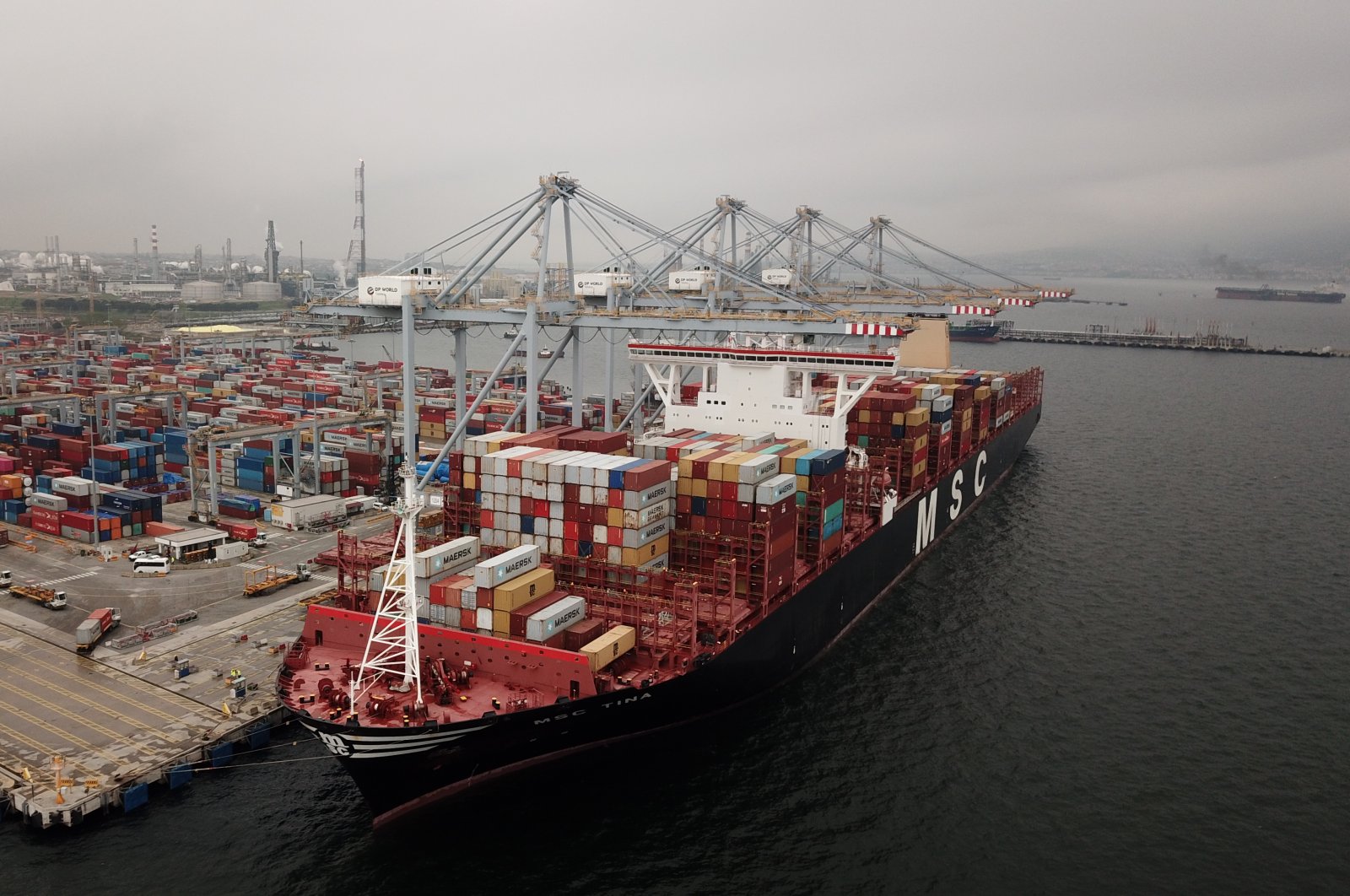 The DP World Yarımca Port operating from the northwestern province of Kocaeli on Wednesday welcomed the arrival of a gigantic container ship named “MSC Tina,” one of the largest of its kind in the world.

The MSC Tina, a 19,224-container capacity ship operating in East Asia for the 2M shipping consortium formed between Maersk and MSC, entered the DP World Terminal, according to a written statement released by the company.

The statement noted that the 2M consortium, which has an important place in Turkey’s commercial activities with East Asia, has decided to increase the capacity of the ship coming to Turkey despite challenging conditions presented by the COVID-19 outbreak.

"The DP World Yarımca terminal marked the first stop for the MSC Tina ship, which has a 19,224 twenty-foot equivalent unit (TEU) capacity, the largest of any ship coming to Turkey. The 398.4-meter-long MSC Tina will leave the port after completing its loading/unloading operations. The modern design and technological capacity of the 922-meter-long dock at DP World Yarımca's terminal allow for the docking of two 400-meter-long container ships simultaneously,” the statement said.

The DP World Yarımca port, which has been operating since 2015 in the Gulf of İzmit in Kocaeli's Körfez district, has a rail link that can allow for uninterrupted transit all the way to China. Thanks to the project, the port is linked to the Caspian Sea via the Kars-Tbilisi-Baku Railway, which leads on to East Asia.