Turkey calls for 'acting as humanity, not nations' in space 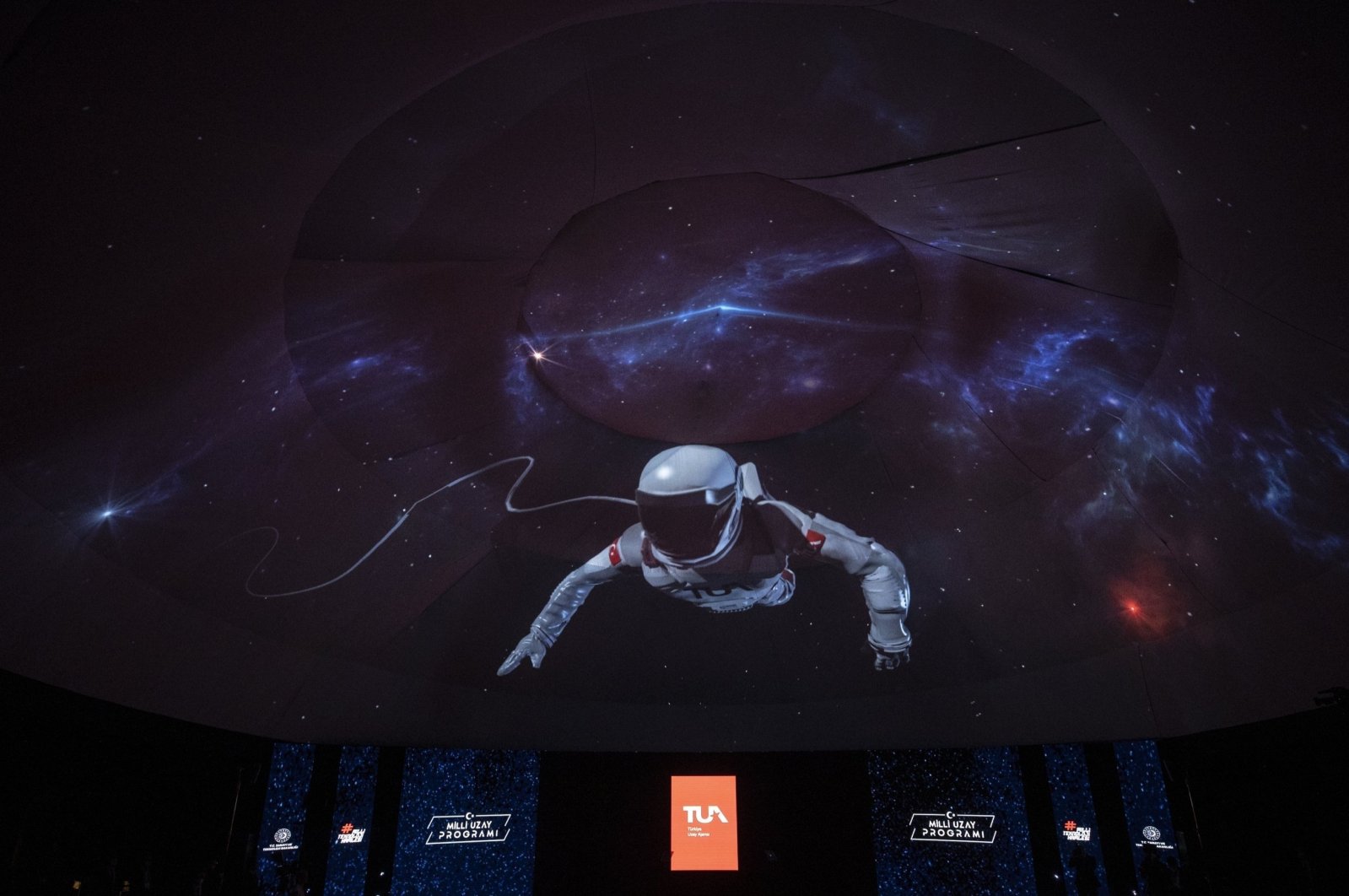 Turkey’s space agency is collaborating with seven countries on several projects, the head of the Turkish Space Agency (TUA) said, also noting: “We should act as humanity, not nations" regarding space-related issues.

“These benefits include creating global partnerships by sharing challenging and peaceful goals; inspiring society and especially the younger generations through collective and individual efforts; and enabling economic expansion and new business opportunities,” Yıldırım told Anadolu Agency (AA) in an exclusive interview to mark the third anniversary of the establishment of TUA.

The TUA has signed several agreements with official institutions in Azerbaijan, Hungary, Ukraine, Kazakhstan, Japan and Mexico, related to space, said Yıldırım, adding that talks with the U.S., Russian and Chinese institutions continue.

“The TUA is also in New Space, a new arena in space. We are in close contact with private companies. We are in talks with many organizations such as Space X, Airbus and Thales Alenia,” he said.

“Improving our bilateral relations will give us the chance to participate and contribute to some of the world's most important commercial and scientific endeavors together with the dynamic and emerging space economies,” he added.

Concerning the NSP and its importance, Yıldırım said: “Turkey’s absence in space is unacceptable.”

“If you’re not in there, you can’t defend your rights in that place. So, we have to enhance our presence in space further and fortify it with all our might. We are determined to carry out our efforts in this direction,” said Yıldırım.

Turkey's space policy prioritizes national and domestic resources and capabilities, making it a priority to create an ecosystem for space activities within the country, said Yıldırım. “Dynamic entrepreneurs and other actors in the private sector are also taking part in this ecosystem.”

Yıldırım said NSP aims to make Turkey one of the capable actors in the space field, adding that all strategic goals are set for the program, including international cooperation and collaboration.

The TUA was established three years ago to coordinate space-related studies and activities in Turkey, encourage and support them when and if necessary, and to carry out certification, regulation and supervision of the work, said Yıldırım.

“The TUA was established as an affiliated body of the Ministry of Industry and Technology and the National Space Program and Strategic Goals were presented by President Recep Tayyip Erdoğan on Feb. 9. The NSP has determined 10 strategic goals along with many sub-goals,” he said.

The first strategic goal is the moon mission, Yıldırım said. He added that they aim to make first contact with the moon by the 100th anniversary of the foundation of Turkey in 2023.

“The first stage, rough landing. The rough landing will be carried out by our own hybrid rocket. This rocket will be launched into orbit at the end of 2023 with international cooperation,” said Yıldırım.

“The second stage is a soft landing. We are aiming to carry our own probe to orbit by our own rockets and then make a successful soft landing on the surface of the moon,” he said.

Yıldırım said that the moon mission is being criticized by those who ask if there is anything left on the moon to be discovered.

“The reason why we have a goal to land on the moon is to mark our presence. Moreover, it is possible for the moon to be used as a launch base for journeys to other celestial bodies, especially to Mars. The United States and other countries are also intensifying their studies on the moon,” he said.

Another big goal of the agency is “ensuring access to space and establishing a spaceport administration,” said Yıldırım.

“We will make this happen by selecting the most appropriate launching location and technology, creating the launching system infrastructure, giving priority to launching small satellites, investing in new generation technologies and ensuring competitive advantage, seeking international collaboration for the suitable launching location,” he said.

With this goal, Yıldırım said, “We expect to achieve that. Our national and domestic rockets will be able to carry a heavy payload to Earth’s orbit.”

“Turkey will be independent in terms of space vehicles and the launching of these vehicles.”

“Creating a trademark that can compete in the global arena in the field of next-generation satellite development” is another goal of the NSP, said Yıldırım.

“Developing a regional positioning and timing system owned by Turkey, investing in the fields of space weather and meteorology to enhance Turkey's competence in space, advancing Turkey to a higher level in astronomical observation and the ground-based tracking of space objects” are also among the set goals, he said.

The TUA’s goals are “to carry out the space strategy of our state in an efficient, safe and sustainable way by rapidly improving the qualified human capital in the space field, the space ecosystem of our country and by assessing international cooperation where required,” he said.

“Our goal for our developing space industry is to attain a sustainable structure that can compete with the world,” he added.