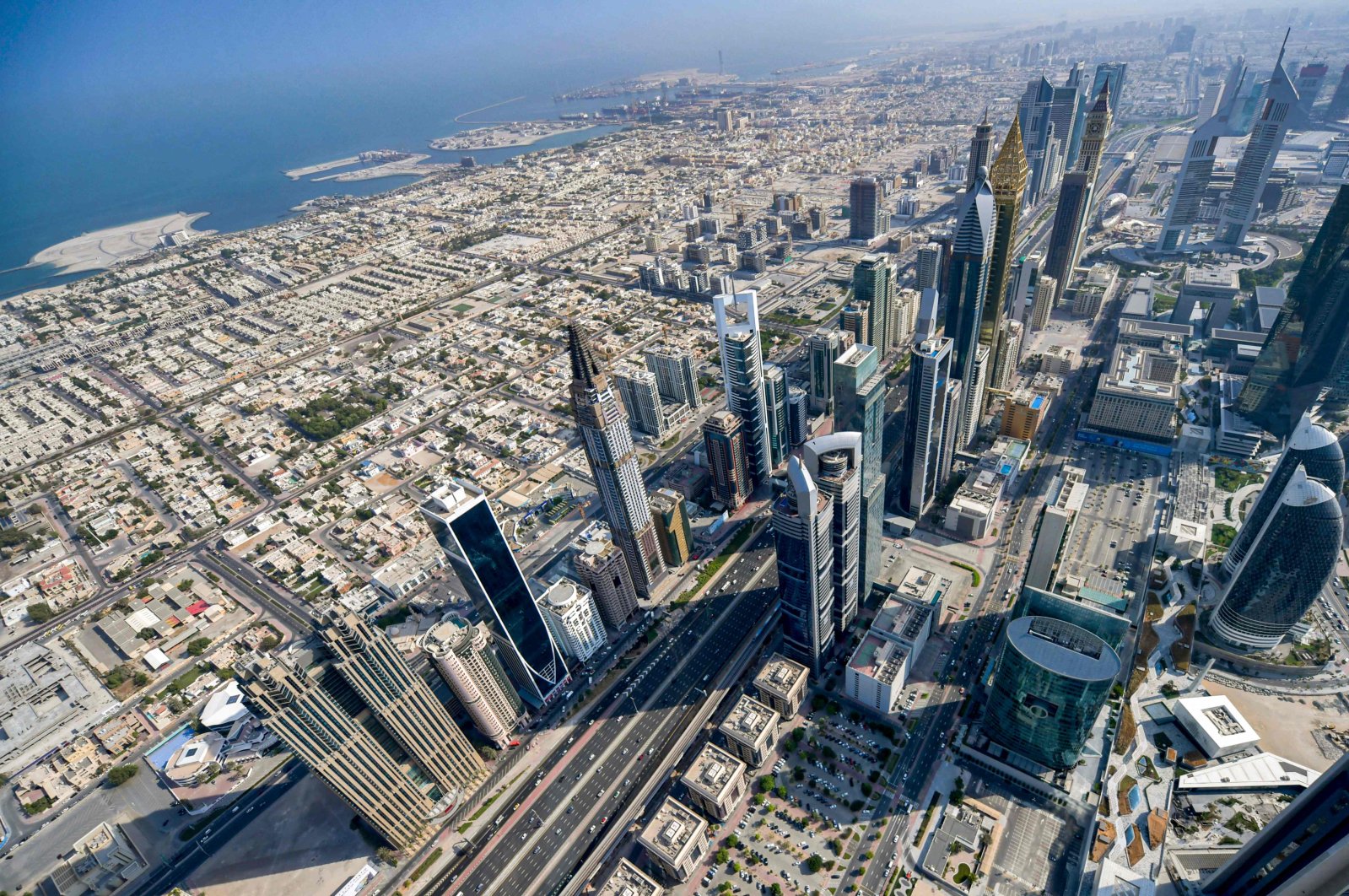 This picture, taken on during a government-organized plane tour, shows an aerial view of the Sheikh Zayed Road section of the E 11 highway in the Gulf emirate of Dubai, July 8, 2020. (AFP Photo)
by Barış Şimşek Jul 12, 2020 12:51 pm
RECOMMENDED

Turkey is looking to increase its export market share in the Middle East and North Africa (MENA) region through new initiatives in the e-commerce sector.

As part of the country’s plan to increase its exports through online services, the Turkish E-Commerce Association (ETID) announced that it is collaborating with the Dubai Chamber of Commerce to form a virtual committee assigned to promote and help e-commerce businesses online.

The virtual committee will bring Turkish businesses together with stakeholders in the e-commerce sector from the Gulf Cooperation Council (GCC) states – Bahrain, Kuwait, Oman, Qatar, Saudi Arabia and the United Arab Emirates – and North African countries in Dubai.

The MENA region has long been an attractive market for Turkish exports due to logistical and cultural proximity. Turkey's exports to regional states totaled $35 billion (TL 240 billion) in 2019, recording a 7.1% increase over the previous year.

The country is now eyeing to take advantage of the e-commerce boom taking place across MENA nations, particularly in the GCC market, which has been an important trade partner in recent years. Reports suggested that the volume of e-commerce trade recorded growth of between 400% and 850% in April due to the coronavirus pandemic.

Speaking about the upcoming event, the ETID's deputy chair and general manager of Turkish Post’s online marketplace, Hakan Çevikoğlu, told the Sabah daily that the newly formed committee could act as a model for future electronic exporting initiatives.

“Because this committee is virtual, it is able to bring many regional players together online. Dubai will be the meeting center for our businesspeople online as it has been in the real world,” Çevikoğlu said.

He added that the ETID will follow the same model and form collaborations with regional e-commerce players in ASEAN countries, China, India, the United Kingdom, Eastern Europe and Latin America.

In June, the state-run Posta ve Telgraf Teşkilatı's (PTT) online market place ePttAVM.com said it is offering advantageous distribution services to local businesses to increase the export of Turkish goods. PTT said the customs clearance and other exporting procedures of products sold on ePttAVM.com will be completed by the postal service in order to help Turkish businesses expand their reach abroad.