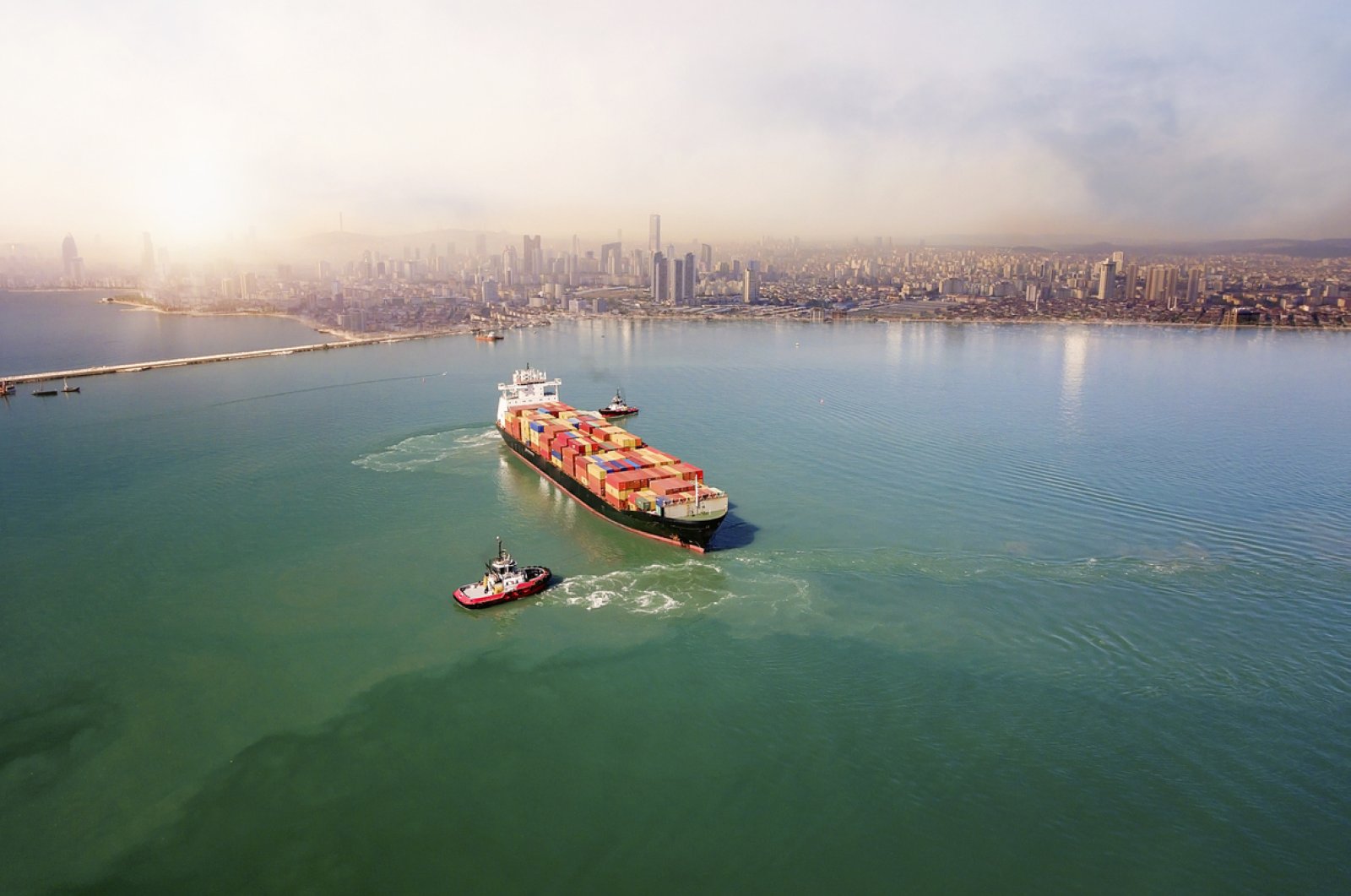 An aerial view of a cargo ship in transit in Istanbul. (iStock Photo)
by Daily Sabah with Reuters Mar 26, 2020 5:20 pm
RECOMMENDED

Turkey held its first tender Thursday for building a huge canal on the edge of Istanbul, a Ministry of Transport and Infrastructure spokesman said, signaling progress on the project.

The tender is for the planning phase of reconstructing two historic bridges located in the area where Kanal Istanbul, championed by President Recep Tayyip Erdoğan, is expected to run.

The canal will connect the Black Sea north of Istanbul to the Marmara Sea to the south and is estimated to cost TL 75 billion ($11.6 billion). The lane is expected to ease shipping traffic on the Bosporus and prevent accidents.

The project, which was effectively on hold after a currency crisis in 2018, came back on the agenda in December.

Kanal Istanbul is one of Turkey's most strategic mega-projects, meant to stem the rising risk posed by ships carrying dangerous goods via the Bosporus.

The 45-kilometer (30-mile) canal, which will be built in Istanbul's Küçükçekmece-Sazlıdere-Durusu corridor, will boast a capacity of 160 vessels a day.

The massive infrastructure development project, originally announced by Erdoğan in 2011, aims to reduce pressure on the Bosporus – one of the world's busiest maritime passages – and play a significant role in preventing vessel accidents, particularly those associated with tankers. The canal will link the Black Sea and the Sea of Marmara, north and south of Istanbul, becoming an alternative for the global shipping lane.