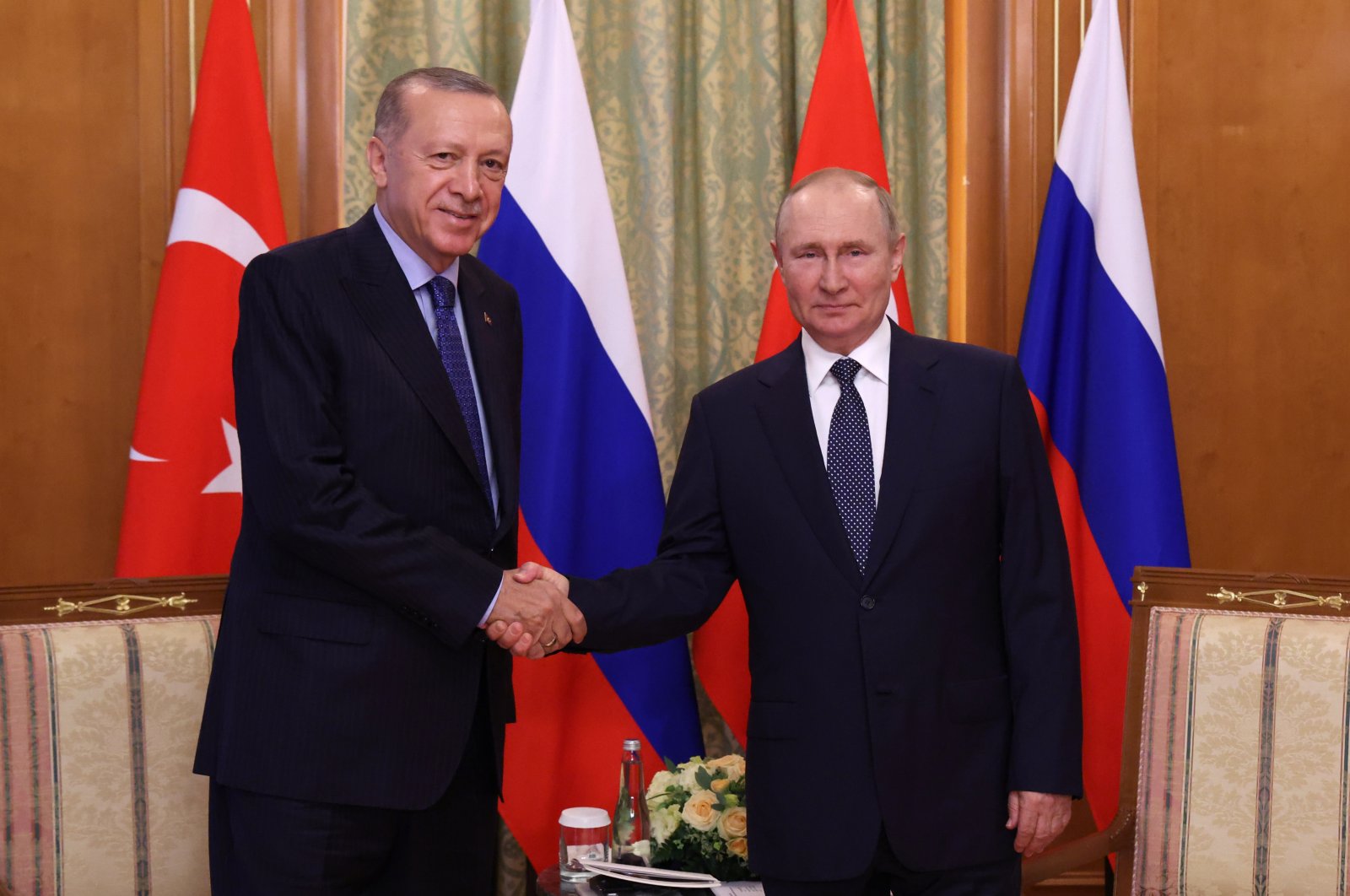 The Turkish president said a joint agreement between Turkey and Russia on economic and commercial relations was signed in Sochi on Saturday, adding, "We agreed on the ruble with Putin."

President Recep Tayyip Erdoğan delivered the remarks to members of the Turkish press accompanying him on his way back from the Russian resort town of Sochi where he held meetings with his Russian counterpart Vladimir Putin and discussed bilateral and regional issues.

Adding that he will be visiting Mersin province next week to inspect the project, Erdoğan said that the Akkuyu nuclear power plant has "special importance" in Turkey's energy strategy, explaining that the goal is to make the first reactor operational by 2023.

The president highlighted that Turkish and Russian ministries are also working on grain shipments from Russian ports. "Russia has the Mir card (local payment card in Russia sponsored by the government). Currently, five of our banks are working on it. There are serious developments here," he explained.

He also added that "Turkey will hopefully attend the Shanghai Cooperation Organization (SCO) meeting to be held in Uzbekistan in September."

Consisting of Eurasian member states, the SCO was launched in 2001 to combat radicalism and other security concerns in China, Russia and four ex-Soviet Central Asian republics.