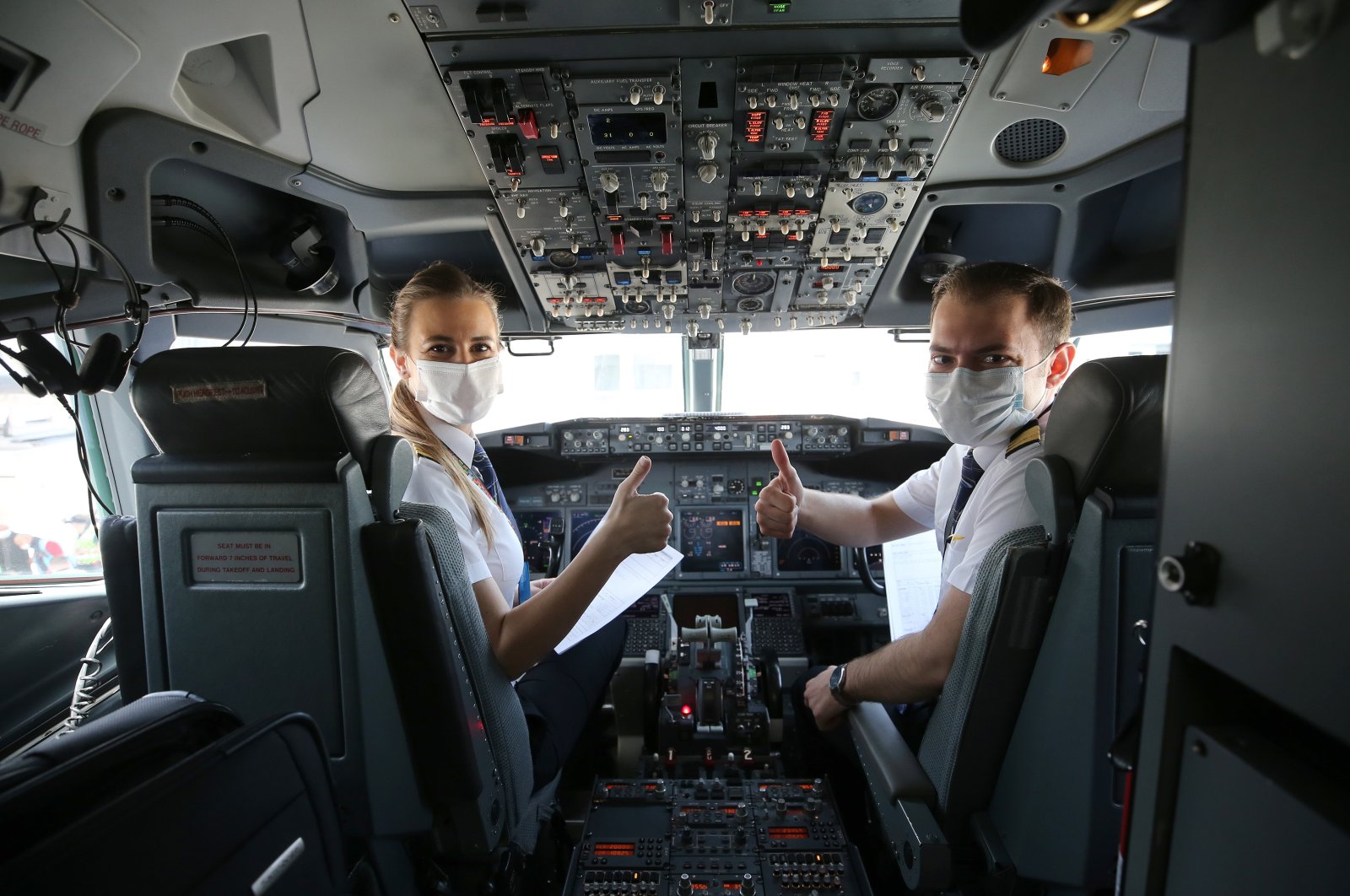 Turkish Airlines pilots Selin Demirli (L) and Zafer Doğukan conduct a special flight from Istanbul to the Black Sea province of Samsun to commemorate the start of the Turkish national struggle 101 years ago, May 19, 2020. (AA Photo)
by DAILY SABAH Aug 23, 2020 2:39 pm
RECOMMENDED

Turkey's Transport and Infrastructure Ministry has announced a new national employment move in the civil aviation sector and urged the private sector to prioritize hiring locals in the airline industry.

In a written statement released Saturday, Transport Minister Adil Karaismailoğlu said the civil aviation sector previously had to employ foreign nationals for qualified positions due to the rapid development of the sector in the last two decades.

The minister further noted that the country has come a long way in raising the number of Turkish nationals with required skills in the airline sector and brought down the portion of foreign pilots and cabin crew to just 11%.

He said the ministry has launched a new campaign to boost the number of Turkish nationals in the aviation sector, which currently employs almost 300,000 people, and urged the private sector to follow its footsteps.

The minister also praised the country's fast development of the airline industry, saying the sector has worked as a locomotive of economic and social development over the past decade.

"The number of operating airports increased to 56 from 26 while our air route network grew to 74,640 kilometers from 44,500 kilometers in the last 18 years."

He said the country signed bilateral air service agreements with 173 countries and increased international direct destinations to 329 from 60 during the same period.

"As a result, the number of airline passengers, which was 34.5 million in 2002, reached 210 million," Karaismailoğlu said.

The global industry was hit hard as lockdowns, grounded aircraft and other precautions to stem the spread of the coronavirus saw air travel plunge by 94.3% in April compared with the same month last year, when measured by kilometers traveled by paying passengers.

In Europe, during the week of June 15-21, an average of 7,706 flights was recorded each day, a 78% drop from the same week last year, according to Eurocontrol which manages European airspace.

The airlines operating the most flights were Turkish Airlines, Lufthansa, Wizz Air, the Norwegian regional airline Wideroe and Air France.