Turkey to resume flights with 40 countries in June 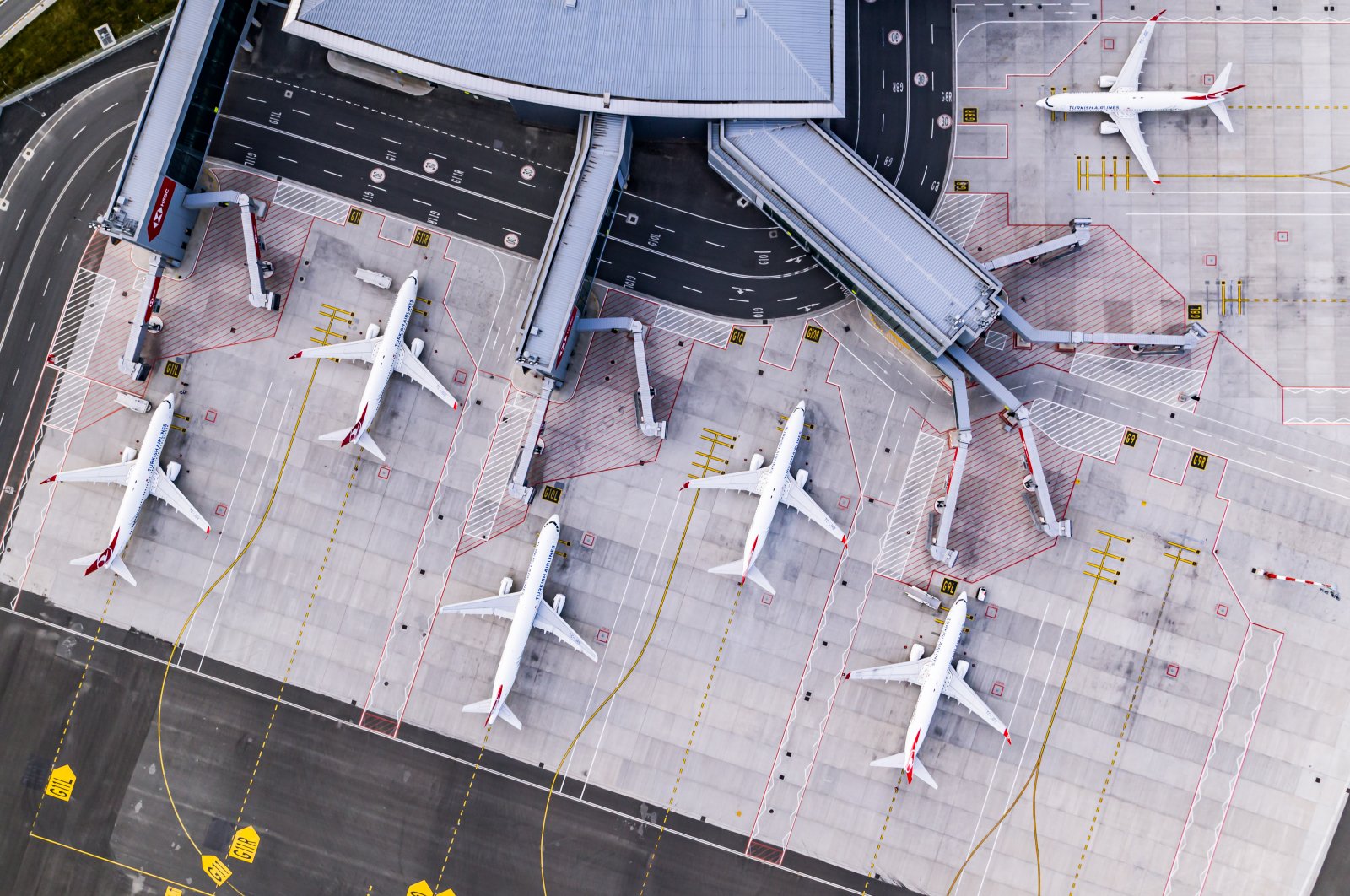 Turkey is planning to gradually resume flights with 40 countries as of June 10 and has reached preliminary agreements for reciprocal flights to begin with 15 countries, Transport and Infrastructure Minister Adil Karaismailoğlu said on Thursday.

In a statement, Karaismailoğlu said the flights that would resume in June included those to Germany, Switzerland, Austria, Greece, Qatar, South Korea, Norway and others.

He said Turkey was in talks with 92 countries on resuming flights, as containment measures over the coronavirus were eased.

"We have come to an agreement with the Turkish Republic of Northern Cyprus, Austria, Lithuania, Serbia, Kazakhstan, Albania, Belarus, the United Arab Emirates, Moldova, Uzbekistan, Ukraine, Morocco, Jordan, Sudan and Italy," the minister said, while the first international flights will be opened to the Turkish Republic of Northern Cyprus, Bahrain, Bulgaria, Qatar and Greece.

Domestic flights were the first to resume in the country on June 1 in line with precautions against the pandemic in place.

The move came as part of Turkey’s normalization efforts as the country leaves behind the most challenging period in its fight against the new type of coronavirus. The country is now in a reopening phase as transportation resumes and most restrictions are lifted.

Commenting on similar measures that had been taken in all countries around the world during the pandemic period, Karaismailoğlu said all had "attempted to prevent the pandemic by reducing or even closing their international flights.”

However, the minister added: “We think that we have left an important threshold behind in the struggle all over the world. Now we have to maintain trade globally and secure our ties.”

Following the flights that are scheduled restart on June 10, Turkey is planning to resume flights with the Netherlands and Kazakhstan on June 20, Albania, Bosnia and Herzegovina, Denmark, Estonia, Finland, South Korea, Ireland, Montenegro, Kyrgyzstan, Latvia, Luxembourg, Norway, Slovakia flights on June 20 and Belgium flights on June 25.

Karaismailoğlu said the ministry was in cooperation with the health, foreign affairs and culture and tourism ministries on the issue of restarting international flights, stating that the health of citizens would be prioritized and the measures to be implemented regarding this is vital.

Checkpoints at airports, isolation at home

The transport minister stated that a decision taken by the Health Ministry on May 20 meant that the 14-day isolation rule for the citizens coming to the country on chartered flights from abroad would be implemented in homes after an examination at airports.

Accordingly, new arrivals will be examined in areas designated within the airport, where the passengers’ symptoms will be evaluated. The contact and address information of the examinees will be recorded in the border entry section of the Public Health Management System (HSYS).

“Those who are suspected of symptoms during their examinations will be taken to the isolation areas at the airports and will be directed to the hospital determined by the Provincial Health Directorate of the relevant cities by ambulance,” the minister explained.

"Those who do not show any symptoms at hospitals will be released for 14 days isolation in their own homes and during this period, will be followed up on by physicians appointed to each family."

"A COVID-19 Patient / Contact Follow-up Information and Consent Form will also need to be filled by the examinees,” he added.

Karaismailoğlu stated that the tests to be applied to new arrivals would be carried out under the coordination of the Ministry of Health, Directorate General of Borders and Coasts, General Directorate of Public Health and Provincial Health Directorates.