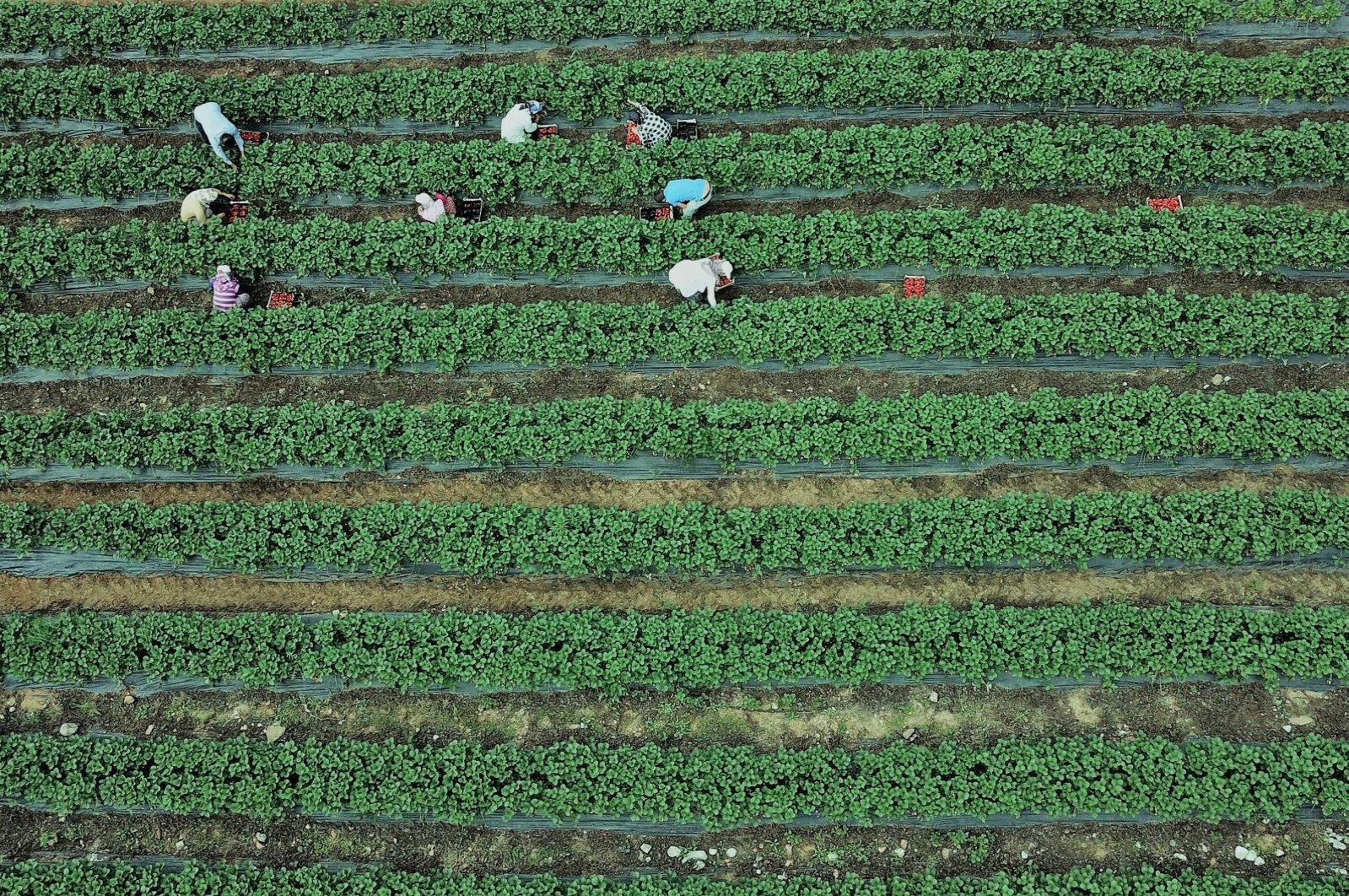 "We are ahead of many countries in Europe and reached second place with the growth rate we achieved in agriculture. Our goal is to be among the leading countries in the world, too,” Albayrak said in a statement via Twitter, congratulating all the producers who made efforts to achieve this success.

Turkey ranked second with a 3.03% growth rate, according to a graphic shared by the minister. Slovakia was at the top of the list with 7.89%.

Agriculture and Forestry Minister Bekir Pakdemirli said earlier in August that a series of support initiatives provided to Turkey’s agriculture sector over the last 18 years under the leadership of the ruling Justice and Development Party (AK Party) has paid off.

"Over the last two years, we have increased our agricultural output by 45% to TL 275 billion ($37.6 billion). Today, we are the first in Europe in terms of agricultural output and among the top 10 in the world,” Pakdemirli said while speaking at a webinar organized by Turkuvaz Media Group and Para Magazine under the auspices of the Agriculture and Forestry Ministry.

Speaking on the investments and the support provided to the sector over the last 18 years, Pakdemirli said that TL 310 billion in agricultural support was provided, while 585 dams had been built, 6.6 million hectares of land was made available for irrigation and 4.6 billion saplings were planted. Meanwhile, the country's seed production increased eightfold, while seed exports increased tenfold, he added.

“In the last 18 years, we made $220 million in agricultural exports and posted $75 billion in the foreign trade surplus,” Pakdemirli added at the time.