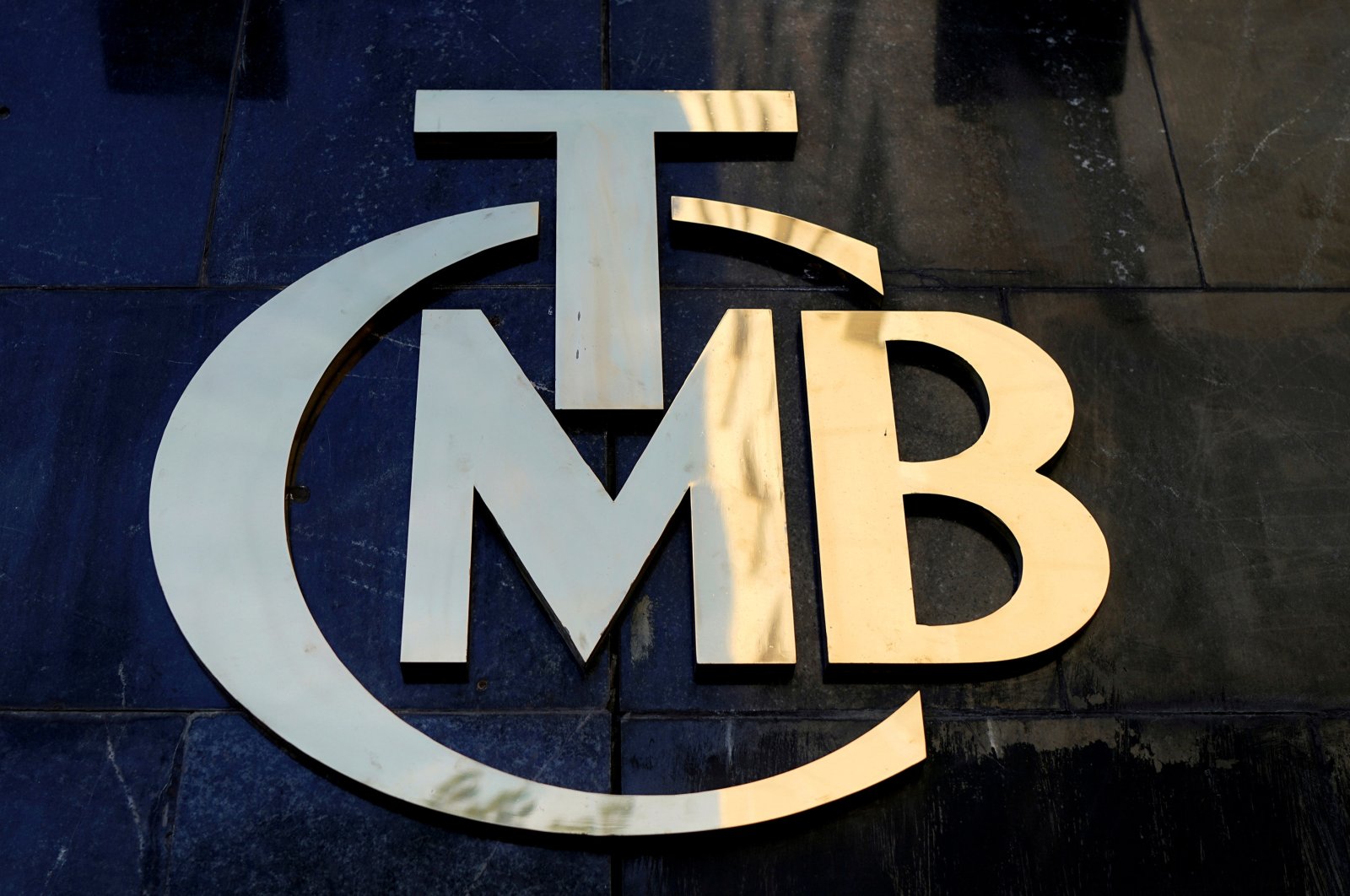 A logo of the Central Bank of the Republic of Turkey is pictured at the entrance of the bank's headquarters in Ankara, Turkey, April 19, 2015. (Reuters Photo)
by DAILY SABAH WITH AGENCIES Aug 18, 2020 12:49 pm
RECOMMENDED

The Central Bank of the Republic of Turkey (CBRT) announced on Tuesday that it will halve borrowing limits of lenders for overnight transactions as of Aug. 19.

“In the framework of the tightening steps taken under liquidity management, banks’ borrowing limits at the CBRT Interbank Money Market for overnight transactions will be reduced to half of their current limits effective from 19 August 2020,” the bank said in a statement.

As the Turkish lira has been losing ground against other currencies recently, the bank continues to take steps to back it.

The lira was slightly firmer on Tuesday against the dollar, as investors weighed back-door tightening steps by the central bank and looked ahead to a rate-setting meeting later this week.

As the lira declined, analysts’ expectations for an interest rate hike have increased, but the central bank has so far taken back-door steps to tighten policy, including liquidity measures and directing lenders to borrow at higher rates.

It recently cut to zero liquidity limits offered to primary dealers as part of open market operations which reduced the supply of cheap funding.

The bank injected TL 10 billion ($1.35 billion) in a traditional method repo auction on Monday at an average simple rate of 11.25%, three percentage points above its one-week repo rate and equal to the late liquidity window rate.

Surveys showed that while the central bank is expected to keep its policy rate on hold this week, it is seen driving funding costs higher with more back-door measures.

Win Thin, a strategist at Brown Brothers Harriman, said in a recent note that it is too soon to expect the central bank to hike its policy rate.

"Rather, the bank will likely attempt more backdoor tightening before eventually being forced to hike rates outright later this year," he said.

The central bank has held its one-week repo rate steady at 8.25% at its last two meetings, following a nearly yearlong easing cycle that saw the policy rate cut aggressively from 24%.

A median estimate in a Reuters poll of 16 economists on Monday was for the central bank to keep its one-week repo rate on hold this week. Five economists expected a rate hike with the estimates ranging between 25 basis points and 175 basis points.

Two economists, who did not forecast a change to the one-week repo rate, nevertheless expected the bank to hike its overnight lending rate and its late liquidity window rate.

An Anadolu Agency (AA) survey of 22 economists also forecast no change in the rates.

While 18 economists forecast that the bank will not change rates, four expected increases, ranging from 25 to 175 basis points.

The bank's recent easing cycle had at first aimed to stimulate the economy and later to counter the economic downturn brought on by the coronavirus outbreak.

But a rise in inflation led the bank to hike its year-end inflation forecast last month.

It raised its year-end inflation forecast to 8.9% from 7.4%, saying that the 1.5 percentage-point increase was driven by an upward revision in oil prices and food inflation projections.

Turkey’s consumer price inflation rate fell to 11.76% year-on-year in July, reversing two months of rising inflation as the economy continues to emerge from the COVID-19 lockdown. The government forecast for end-2020 inflation is 8.5%.

Several economists polled by Reuters and AA estimated that the bank will keep its policy rate unchanged until year-end. The forecast ranged between 6.75% and 12% in the AA survey.