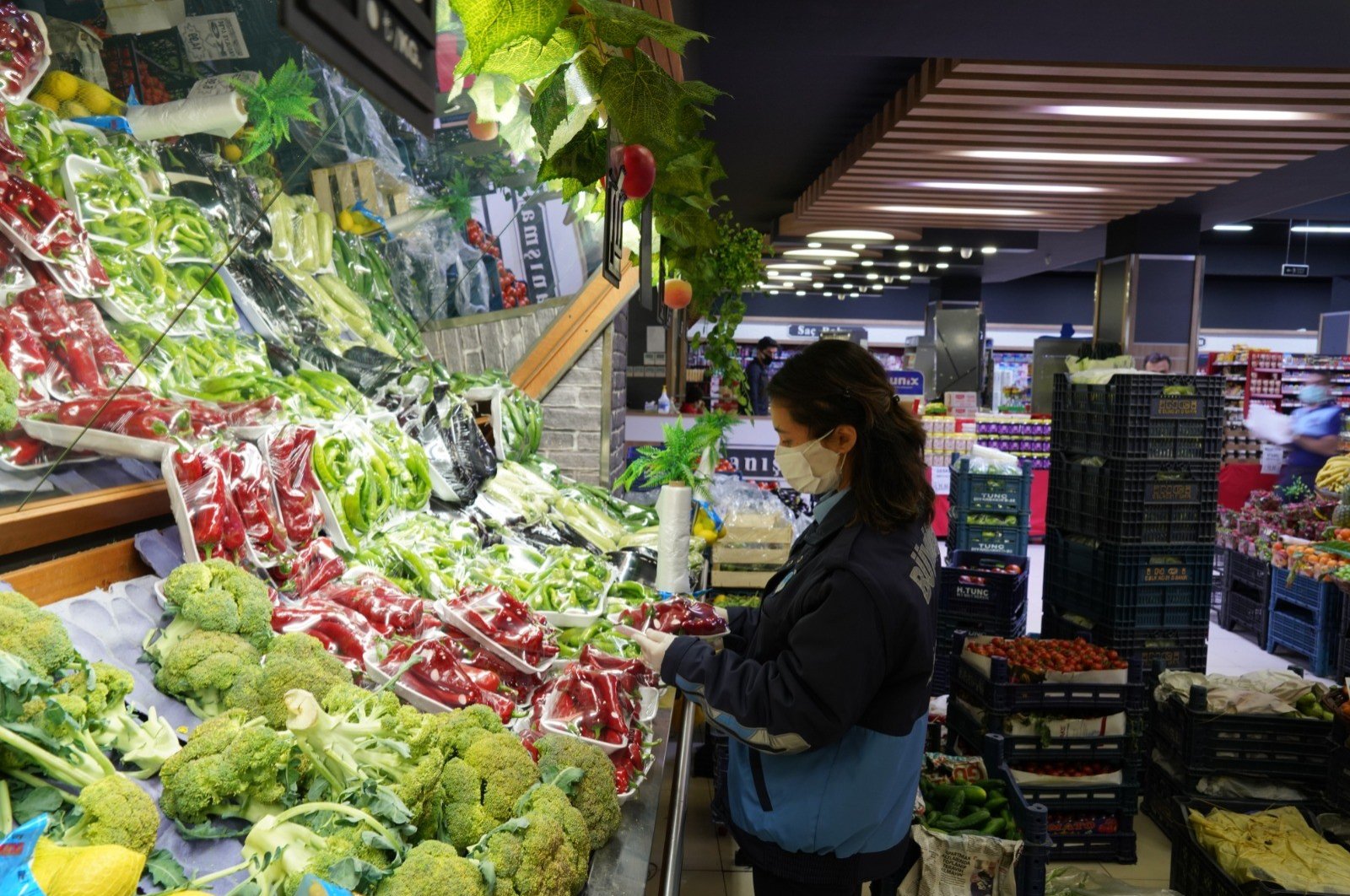 A municipal employee inspects products in a market in southeastern Turkey's Diyarbakır province, May 6, 2020. (IHA Photo)
by Anadolu Agency May 07, 2020 2:21 pm
RECOMMENDED

Turkey is not expected to face any major problems in its short- or mid-term food supply or food security despite the ongoing coronavirus pandemic, the U.N.'s Food and Agriculture Organization (FAO) said Thursday.

"As one of the major players in the agriculture and food sector, Turkey can be affected by regional or global volatility due to restrictions and price changes," Keigo Obara, the food security officer at the FAO office in the Turkish capital Ankara told Anadolu Agency (AA).

The risk, however, exists mainly for underdeveloped countries or those that depend on food imports, he added.

"But it is necessary to underline again that global agriculture and food production are closely linked," Obara said.

"In Turkey, the figure stands at 2.7%," he said, adding that the smaller increase proves Turkey's advantageous position in the agriculture and food industries.

If the necessary measures are not taken, more increases could be expected, he warned.

Noting that system breaks and severe shocks affect everyone, Obara said the most severe price hikes were seen in Africa with 30% followed by South America, Asia and Eastern Europe.

Warning that closing the borders to limit human movement will narrow more fragile countries' food supplies, he said, "People in 53 countries with a population of 113 million are struggling with acute hunger."

He added that if the threat of the virus continues at this level, the capacities of the public health systems in these countries will be exhausted, resulting in dramatic consequences for humanity.