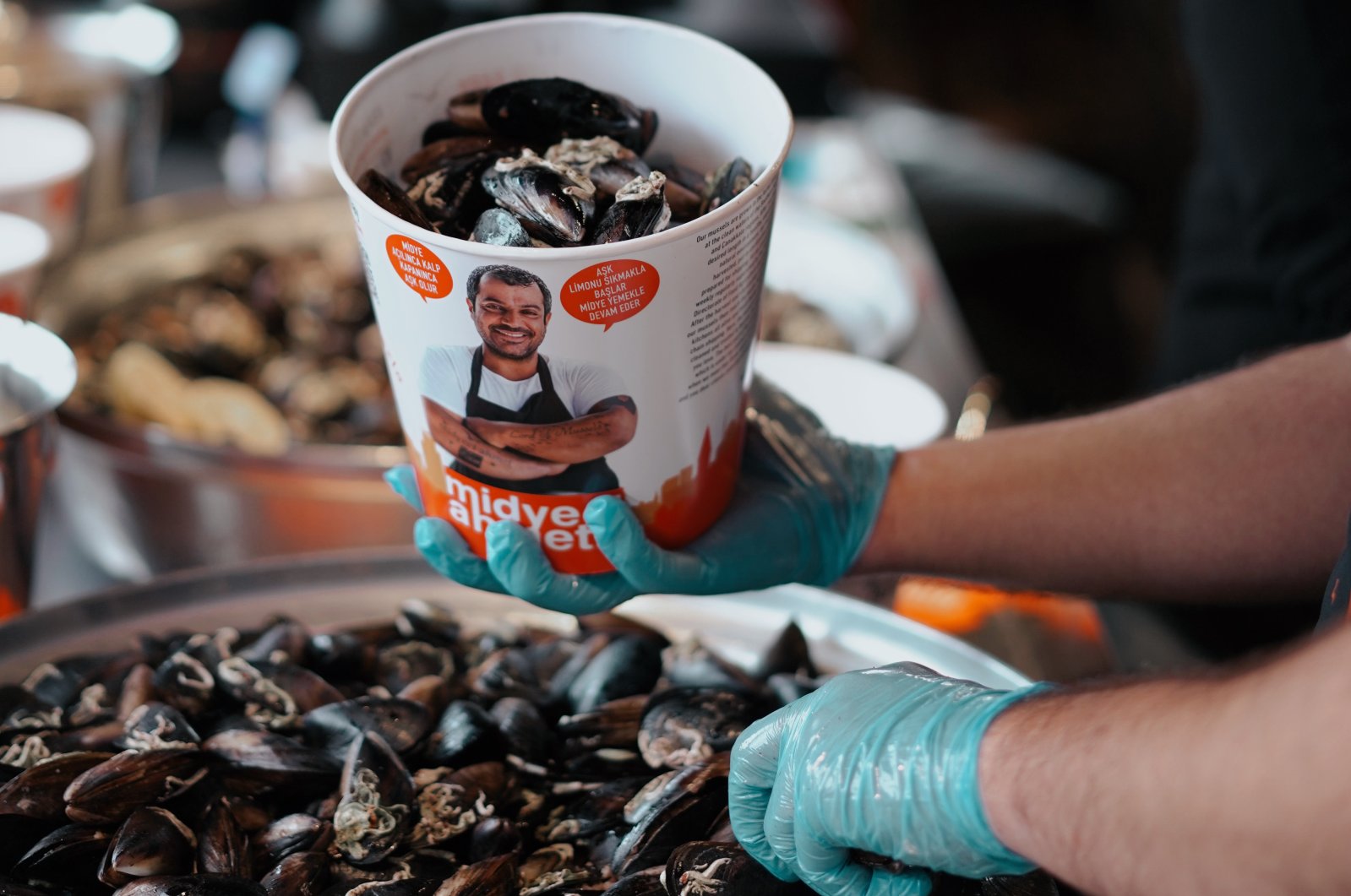 While stuffed mussels, a popular Turkish street food, stand out among its peers as a delicious and easily accessible option, they are on the way to making it big globally, with investment demands for the mussels increasing, especially from Gulf countries.

Stating that the opening of the branch at City Walk Dubai attracted great interest, Ahmet Çiçek, owner of the Midyeci Ahmet brand said: "Our brand is also known as 'Lord of Mussels'. It was my dream to introduce our stuffed mussels to Dubai after Thessaloniki, Bahrain and Doha and it came true."

"Midyeci Ahmet has opened a branch in United Arab Emirates (UAE) after Greece, Bahrain and Qatar," Çiçek told Anadolu Agency (AA), adding that the total investment in Dubai has reached to $2 million.

"We also offer a business opportunity with a high-profit rate for investors. I am pleased to meet the demands quickly with the production system we have developed in our factories. It is a great honor for me to add value to our country in exports during the pandemic and the resulting challenges to the economy. I would like to thank all my teammates who made it grow and progress day by day. We are working hard for the countries where our new branches will be opened," said Çiçek, noting that the mussels are in great demand from many countries of the world.

Stuffed mussels or "midye" is a generic name for plump orange mussels, herbed and spiced rice, pine nuts, and occasionally currants. Midyeci Ahmet aims to open 35 branches in Turkey and around the world by the end of the year and foresees a turnover of 1 billion euros ($1.13 billion).

In the first quarter of next year, it is preparing to take its place with franchise branches in the U.K., Germany, Azerbaijan, Spain, Russia and Ukraine. Achieving a growth rate of 200% during the pandemic period, Midyeci Ahmet made new breakthroughs. It opened a factory of 2,000 square meters (2,392 square yards) in the Greek city of Thessaloniki at the beginning of 2020, in addition to the factory in Istanbul.

Midyeci Ahmet opened the first of its branches to the world in 2018 with the franchise system.

Delicious stuffed mussels have become a vital source of income for Turkish and Syrian refugee women as well. The Turna Women’s Cooperative was opened in November 2019 to set up a stuffed mussels production facility in the western Turkish city of Izmir employing 10 Syrian and 10 Turkish women.