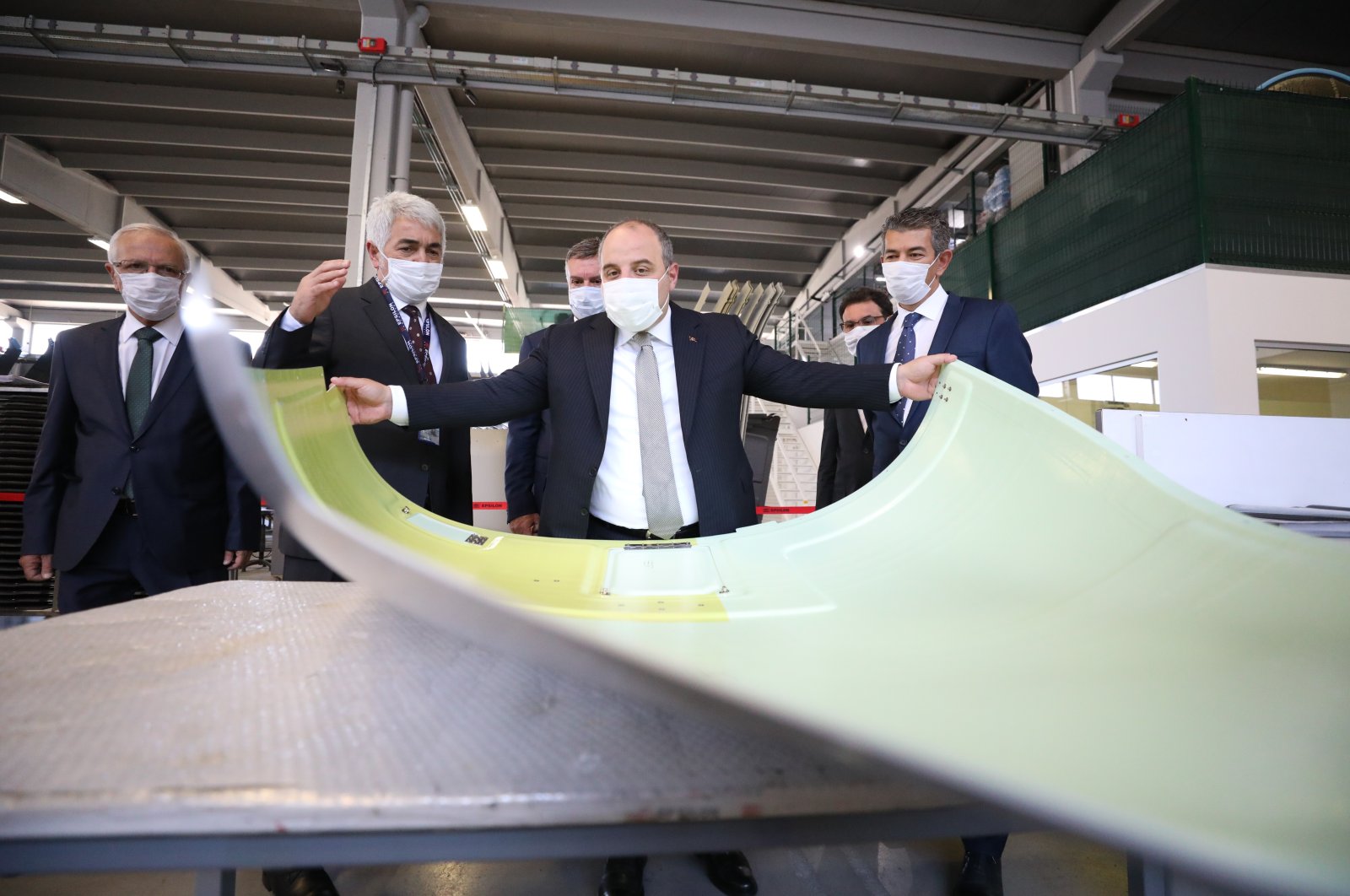 A private Turkish firm operating in the Başkent Organized Industrial Zone (OIZ) produces composite parts for global brands in the aviation and defense industry for giants like Airbus, and it is one of the only suppliers of such units worldwide.

On Monday, Epsilon Composites, a company with high-tech and military production capability, was visited by Industry and Technology Minister Mustafa Varank.

During his visit, Varank said that the foundation of the Başkent OIZ was laid by President Recep Tayyip Erdoğan in 2003 and that today 303 companies operate in the zone where approximately 20,000 people are employed.

Developments in Turkey’s aviation, space and defense industry sectors parallel the establishment of companies operating in other critical areas, Varank said, adding that in the OIZ, businesses are not only able to meet the country’s own needs but are also capable of making large-scale exports.

Stating that Epsilon Composites derives a large part of its turnover from exports, Varank said that according to 2019 figures, 90% of the company's $20 million (TL 147.41 million) in sales was obtained by foreign entities.

The company, Varank said, “can produce high quality and value-added products with an export value of $4,500 per kilogram.”

"We have invested heavily in Turkey for the production of composite raw materials. Both the companies that produce these domestically as well as those converting them to quality materials hold an important place in the country’s future economic planning and its production activities,” the minister said.

Epsilon Composites, which also has a research and development (R&D) center, carries out production to meet international standards and is the only supplier of some parts needed by giant aviation companies. It is also the only private business, other than TAI, in the composite part manufacturing sector that works directly with companies abroad and it succeeded in getting offset business.