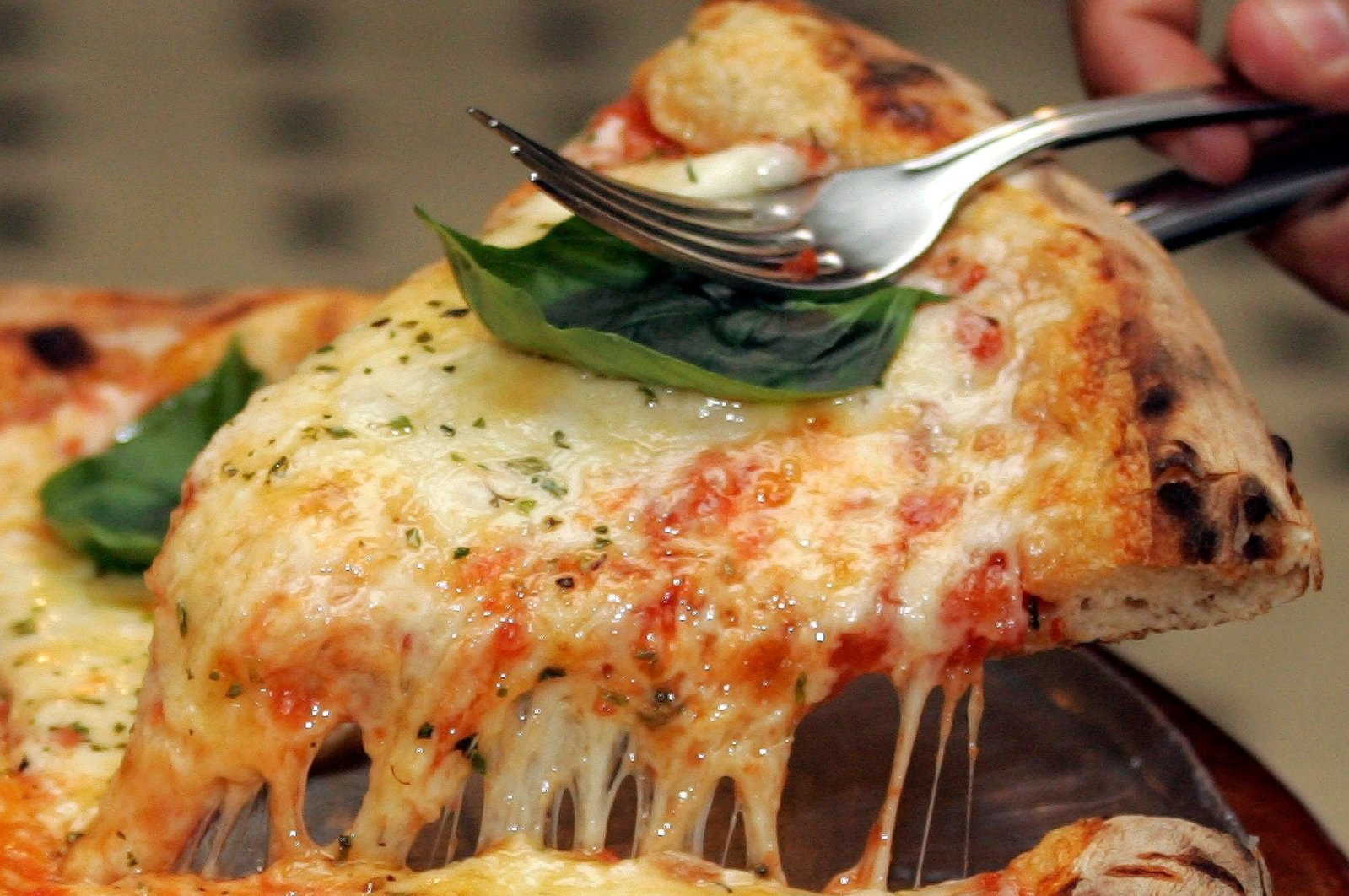 A person picks up a slice of cheese pizza using utensils in this undated photo. (Reuters Photo)
by DAILY SABAH Sep 25, 2020 1:32 pm
RECOMMENDED

One of the biggest supermarket chains in Turkey, Migros, has entered the pizza business, Turkish newspaper Dünya reported Friday.

Migros is geared up to compete against the local and global chains operating in Turkey and has started baking and selling pizzas in select stores, which have ovens installed, according to the Dünya report.

The report added that the company is expected to start advertising its new product.

According to Yemek Sepeti, the online food delivery platform, pizza sales in Turkey have created a market valued over TL 2 billion ($263 million).

The lucrative market has also drawn the attention of local and international investors as pizza giants Pizza Hut, Domino’s and Little Caesars compete in Turkey.

According to Dünya, the supermarket chain is poised to be the most widespread pizza seller in the country as it has 2,197 stores in all 81 provinces in Turkey.

The company is also expected to challenge its competitors in delivery with its vast network of stores and its relatively cheaper prices.

The report said Migros has started selling pizzas at a price of TL 14.9 per pizza. The varieties include cheese, vegetable and mixed toppings, ranging from 320 grams to 430 grams. Meanwhile, Domino’s sells a 300-gram cheese pizza for TL 20 and Little Caesars for TL 23.

The report also said that Migros provides the fastest delivery times for the same locations as its competitors. Customers will be able to pick up the pizzas from stores or order them via Migros' mobile app as the company has expanded its delivery team.

Migros started installing ovens in its stores in 2014 to compete against bakeries and now has 750 ovens across Turkey. The company has sold millions of bread loaves, bagels and pastries since then.