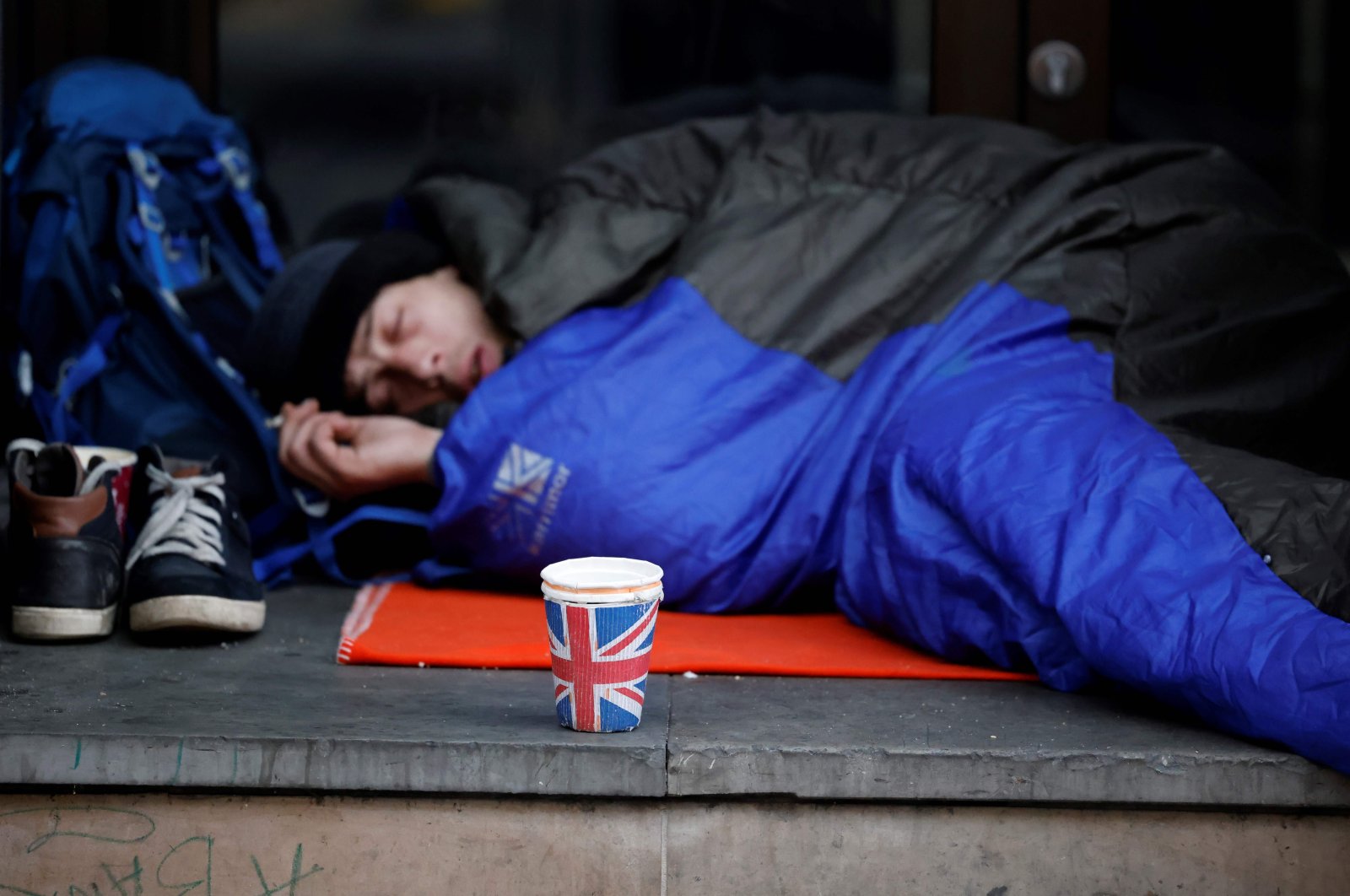 1st ferry between Turkey and Libya sets sail after 4 decades

The British government faced fury Wednesday over its decision to ditch its long-standing target for overseas aid to finance other spending priorities in the wake of what it described as the deepest recession in over three centuries.

In a statement to lawmakers, Treasury chief Rishi Sunak said that the target to allocate 0.7% of national income to overseas aid will be cut to 0.5%. The move is widely expected to free up about 4 billion pounds ($5.3 billion) for the Conservative government to use elsewhere.

He said, "sticking rigidly" to the target "is difficult to justify" to people at a time when the economy has been so battered by the coronavirus pandemic.

"At a time of unprecedented crisis, the government must make tough choices," he said.

He insisted that the government aims to return to the target introduced by the Labour government of Tony Blair around two decades ago but that even with the new target, the U.K. will still be the second-biggest aid spender among the Group of Seven leading industrial nations.

The decision goes against the government's promise in last year's general election to maintain the aid target. It drew sharp criticism from across the political spectrum – including from within Johnson’s own Conservative Party – as well as among poverty campaigners.

Save the Children said it was "deeply disappointed" by the cut and warned that it could mean "100,000 lives not saved by immunization, and a million fewer children supported through education."

The organization's chief executive, Kevin Watkins, said the government had "broken a promise" to the world's neediest people and "broken Britain's reputation for leadership on the world stage" ahead of its hosting of the 2021 United Nations Climate Change Conference next year.

"To cut our aid budget by a third in a year when millions more will fall into extreme poverty will make not just them poorer, but us poorer in the eyes of the world," Hunt said.

The Archbishop of Canterbury Justin Welby said the cut "is shameful and wrong" and urged lawmakers "to reject it for the good of the poorest, and the U.K.’s own reputation and interest."

In a sobering assessment that provided the backdrop to the decision on cutting aid, Sunak sought to balance ongoing support for the economy with a longer-term commitment to healing public finances after a stark deterioration.

"Our health emergency is not yet over and our economic emergency has only just begun," he said.

Sunak said the government's independent economic forecasters are predicting that the British economy will end up 11.3% smaller this year than where it started, the "largest fall in output for more than 300 years."

The Office for Budget Responsibility also said the economy will start to grow again next year as coronavirus restrictions are eased and hoped-for vaccines come on stream. The agency is predicting growth of 5.5% in 2021 and 6.6% the following year and that as a result the output lost during the pandemic won't have been recovered until the final quarter of 2022.

Sunak warned that the pandemic's cost will create long-term "scarring," with the economy 3% smaller in 2025 than predicted in the budget in March.

The massive fall in output this year has led to a huge increase in government borrowing as the government sought to cushion the blow. Sunak said the government has pumped 280 billion pounds into the economy to get through the pandemic and that as a result borrowing this fiscal year is set to rise to 394 billion pounds, or 19% of national income, "the highest recorded level of borrowing in our peacetime history."

He warned that with borrowing at this level, underlying public debt is rising toward 100% of annual gross domestic product (GDP).

"High as these costs are, the costs of inaction would have been far higher," he said. "But this situation is clearly unsustainable over the medium term."

Sunak said the government doctors and nurses in the National Health Service will get a pay rise next year but that others in the public sector will not.

Sunak also announced extra money to support Prime Minister Boris Johnson's program of investments in infrastructure across the U.K., particularly in the north of England, where the Conservatives won seats during the last general election.

1st ferry between Turkey and Libya sets sail after 4 decades