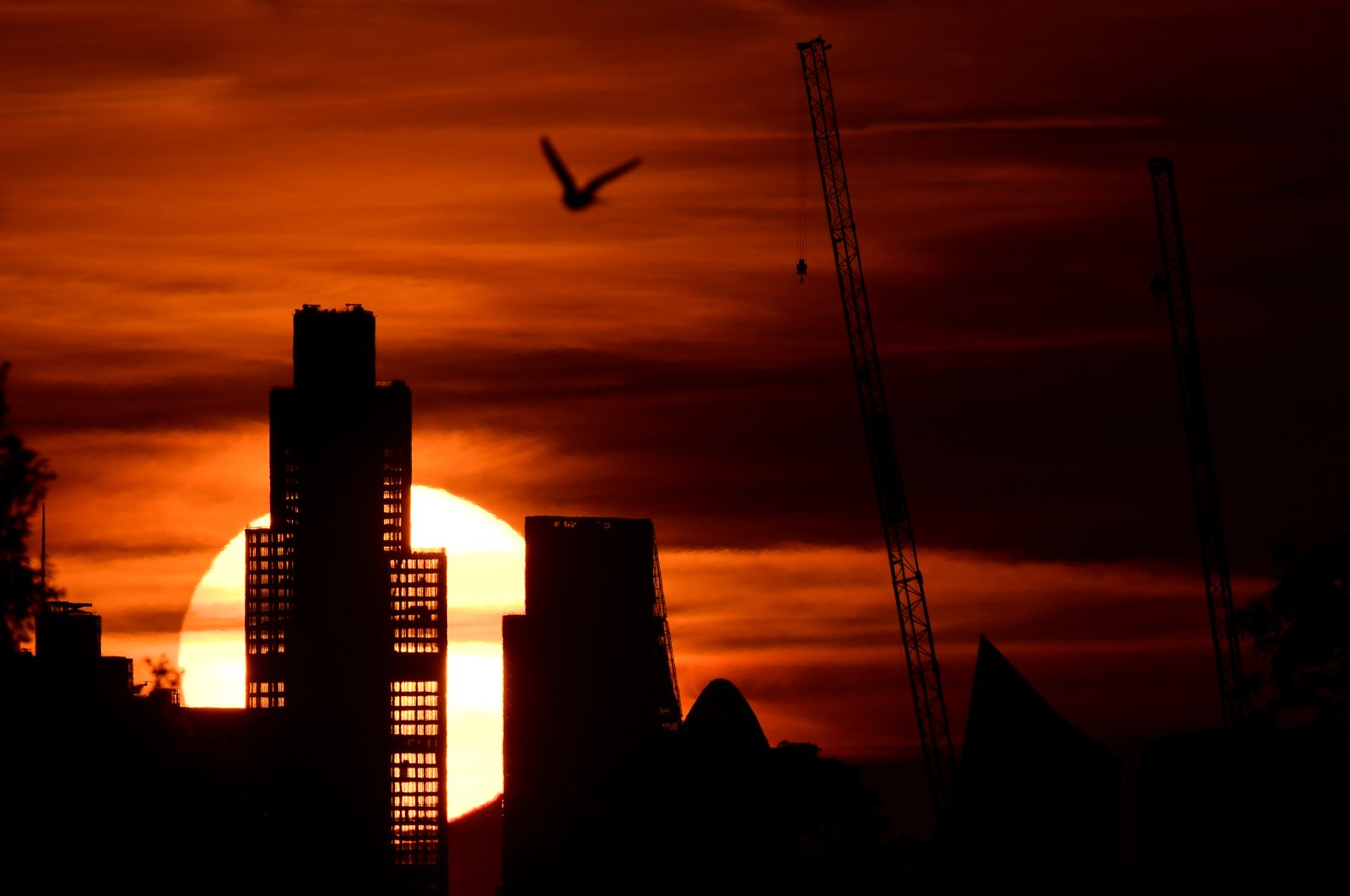 The sun rises behind skyscrapers in London's financial district, as the spread of the coronavirus continues in Britain, June 2, 2020. (Reuters Photo)
by REUTERS Jun 12, 2020 9:28 am
RECOMMENDED

Britain's economy shrank by a record 20.4% in April from March as the country spent the month in a tight coronavirus lockdown, official data showed on Friday in what is likely to be the low point of the slump before a long and slow recovery.

In the three months to April, gross domestic product (GDP) contracted by 10.4% from the previous three-month period, the Office for National Statistics also said.

A Reuters poll of economists had produced median forecasts for a monthly fall of 18.4% and a contraction 10% in the February-April period.

"In line with many other economies around the world, the coronavirus is having a severe impact on our economy," Finance Minister Rishi Sunak said.

Government measures, including a scheme to pay workers who are only temporarily laid off, alongside grants, loans and tax cuts for companies, meant Britain had "the best chance of recovering quickly as the economy reopens," he said.

Next week much of Britain's retail sector is due to reopen as long as shops follow social distancing rules.

Compared with April last year, the economy shrank by 24.5%, the ONS said.

Output in the dominant services sector fell by 19% in April from March while manufacturing was down more than 24% and construction crashed by nearly half.

The Bank of England and the country's budget office have warned that Britain could be heading for its deepest recession in three centuries this year.

BoE Governor Andrew Bailey said on Wednesday he could see some signs of an economic recovery as the coronavirus lockdown restrictions were lifted, but he warned there was still likely to be long-term economic damage.

On the same day, the Organisation for Economic Co-operation and Development said Britain was on course for the worst downturn among the countries it covers with the economy forecast to contract 11.5% this year.