Unemployment falls to 10.2% even as US job growth slowed to 1.8 million in July 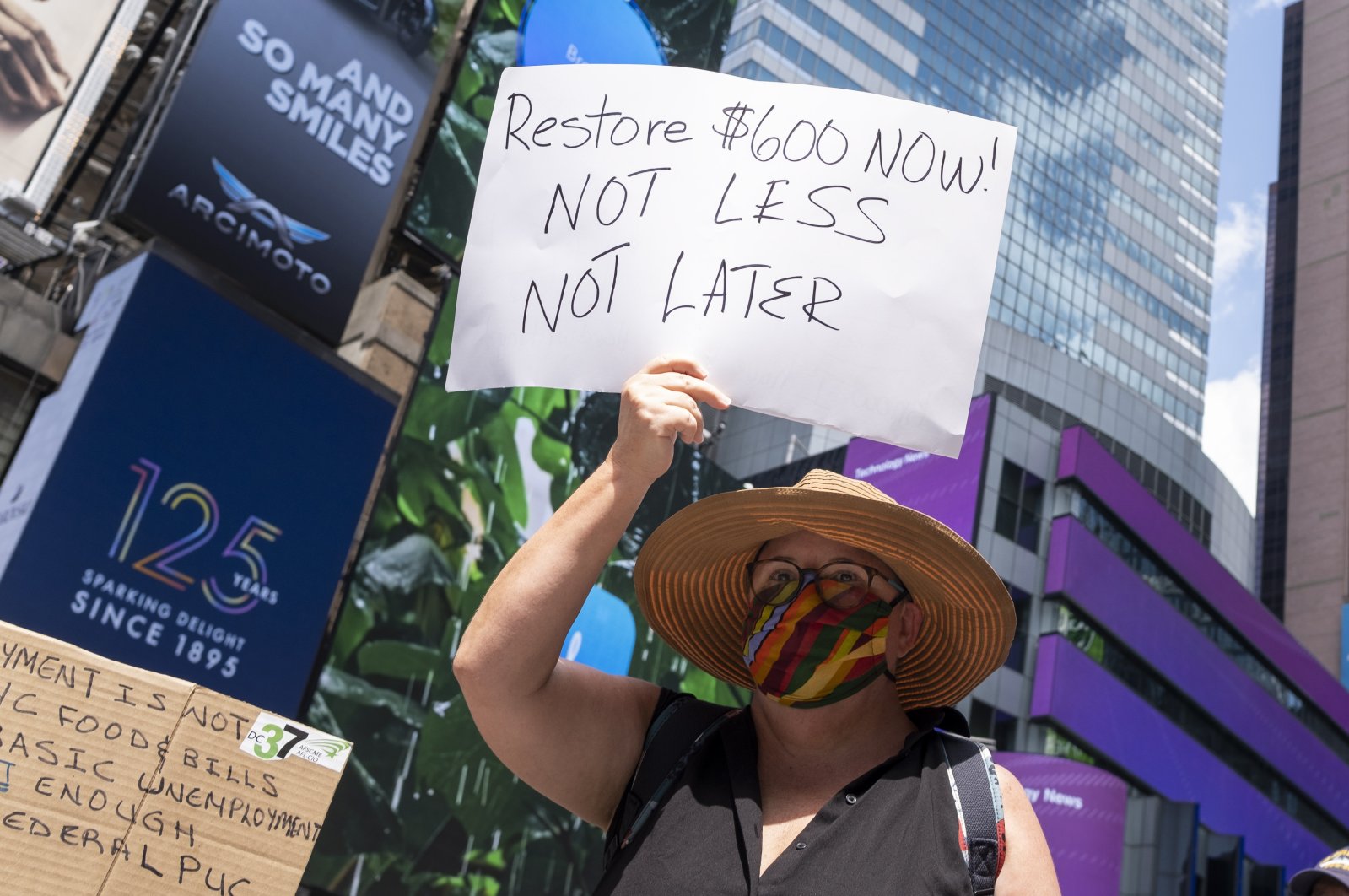 People gather for a rally calling on the U.S. Congress to pass new legislation extending now-expired unemployment benefits to people that are being economically affected by the coronavirus pandemic, in New York, Aug. 5, 2020. (EPA Photo)
by Associated Press Aug 07, 2020 3:54 pm
RECOMMENDED

The United States added 1.8 million jobs in July, a pullback from the gains of May and June and evidence that the resurgent coronavirus is stalling hiring and slowing an economic rebound.

With confirmed viral cases still elevated in much of the nation and businesses under continued pressure, many employers appear reluctant or unable to hire.

Even counting the hiring of the past three months, the economy has now recovered only about 42% of the 22 million jobs it lost to the pandemic-induced recession, according to the Labor Department’s jobs report released Friday.

The acceleration of the viral outbreak that began in late June more than doubled the daily U.S. confirmed case count by mid-July, though the rate of new reported cases has since declined.

The outbreaks have led many states and cities to close bars and other businesses for a second time and have dampened confidence, causing many consumers to continue limiting their shopping, traveling, eating out and gathering in crowds.

July’s job gain was much lower than June’s 4.8 million and May’s 2.7 million jobs, both of which were revised slightly.

The economy is struggling to emerge from the devastating recession that caused the economy to shrink at a nearly 33% annual rate in the April-June quarter, the worst quarterly fall on record. Employers slashed their workforces, consumers cut spending and corporations pulled back on investment and expansion.

The economy has since started to grow again, and many economists have forecast a solid rebound in the July-September quarter, though not nearly enough to offset the second quarter’s dizzying fall.