US 'most likely' need another aid package: Mnuchin 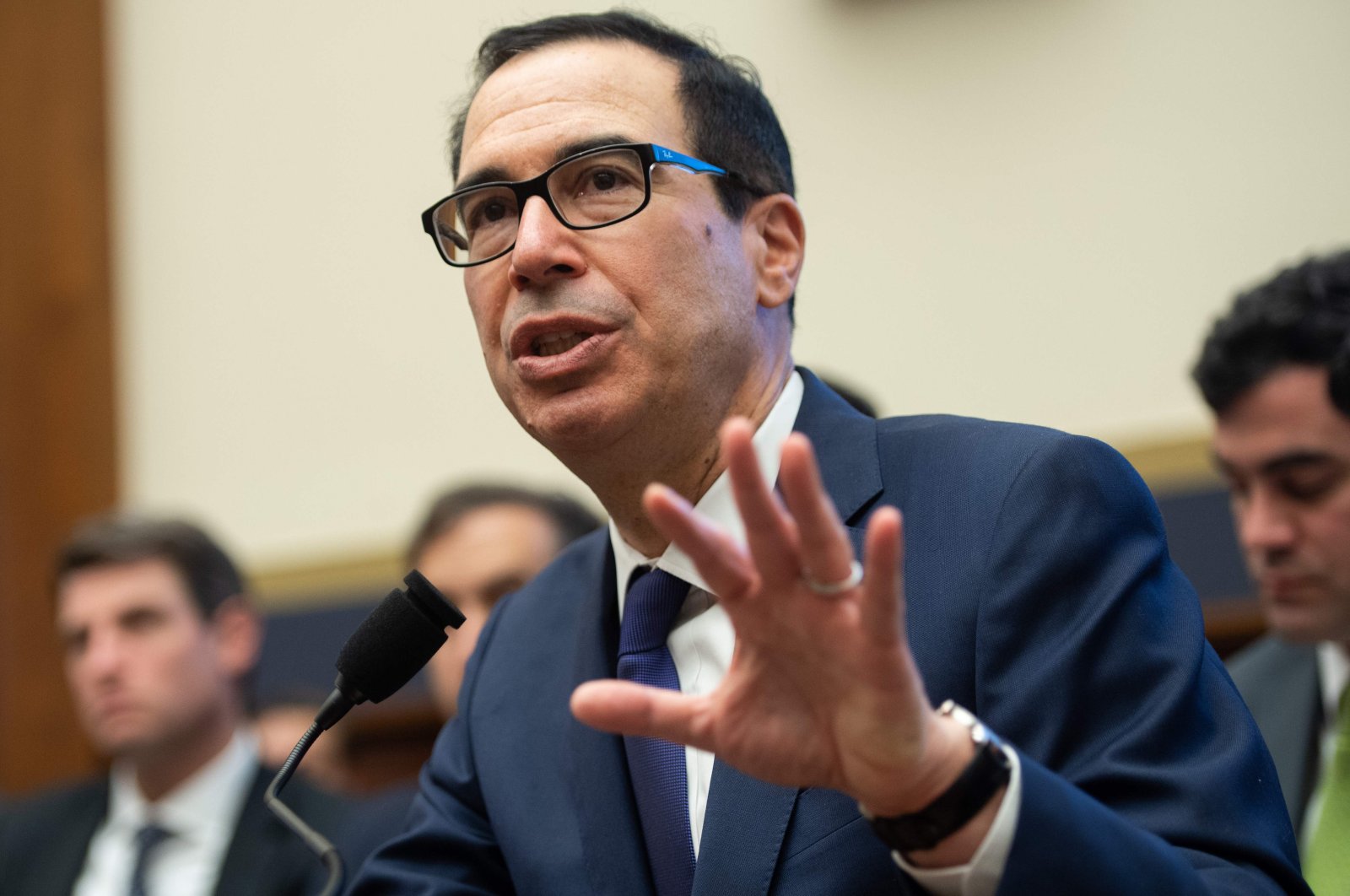 In this file photo taken on May 22, 2019 U.S. Secretary of Treasury Steven Mnuchin testifies during a House Committee on Financial Services hearing on Capitol Hill in Washington, DC. (AFP Photo)
by French Press Agency - AFP
May 21, 2020 7:44 pm

The U.S. most likely will need another injection of aid from the federal government, but officials will first take time to gauge the best next steps, U.S. Treasury Secretary Steven Mnuchin said Thursday.

"I think there is a strong likelihood we will need another bill," following the $3 trillion already approved by Congress that "we're pumping into the economy," he said.

"We're going to carefully review (during) the next few weeks ... and say very clearly how we need to spend more money and if we need to do that," he said at an event on the economy organized by The Hill, a publication focused on Congress.

However, he rejected the new $3 trillion legislation recently approved by the Democratic-controlled House of Representatives, calling it a 'partisan bill.'"

"That's not something we're focusing on at the moment," Mnuchin said.

The House package includes $1 trillion for state and local governments, another round of cash disbursements to hard-hit American families, funds for hospitals, hazard pay for health workers, and relief for devastated small businesses – measures many economists have been calling for.

In a statement, House Speaker Nancy Pelosi fired back at Senate Republicans, including Majority Leader Mitch McConnell, for dragging their feet.

"Instead of telling laid-off workers to pause, Leader McConnell and the Senate GOP need to come to the negotiating table to help deliver the relief to protect lives and livelihoods," she said.

Federal Reserve Chair Jerome Powell has said additional aid may be needed and argued it would be worth it despite the cost if it could prevent a more severe economic collapse.

But Mnuchin has argued that there is time to pause before deciding on a new round of measures since much of the initial funds have yet to be deployed into the economy.

The Treasury secretary acknowledged the gross domestic product (GDP) decline in the second quarter "is obviously going to be dreadful," but said he expects to see a "gigantic" rebound in economic growth in the fourth quarter of the year.