US reimposes 10% tariff on Canadian aluminum 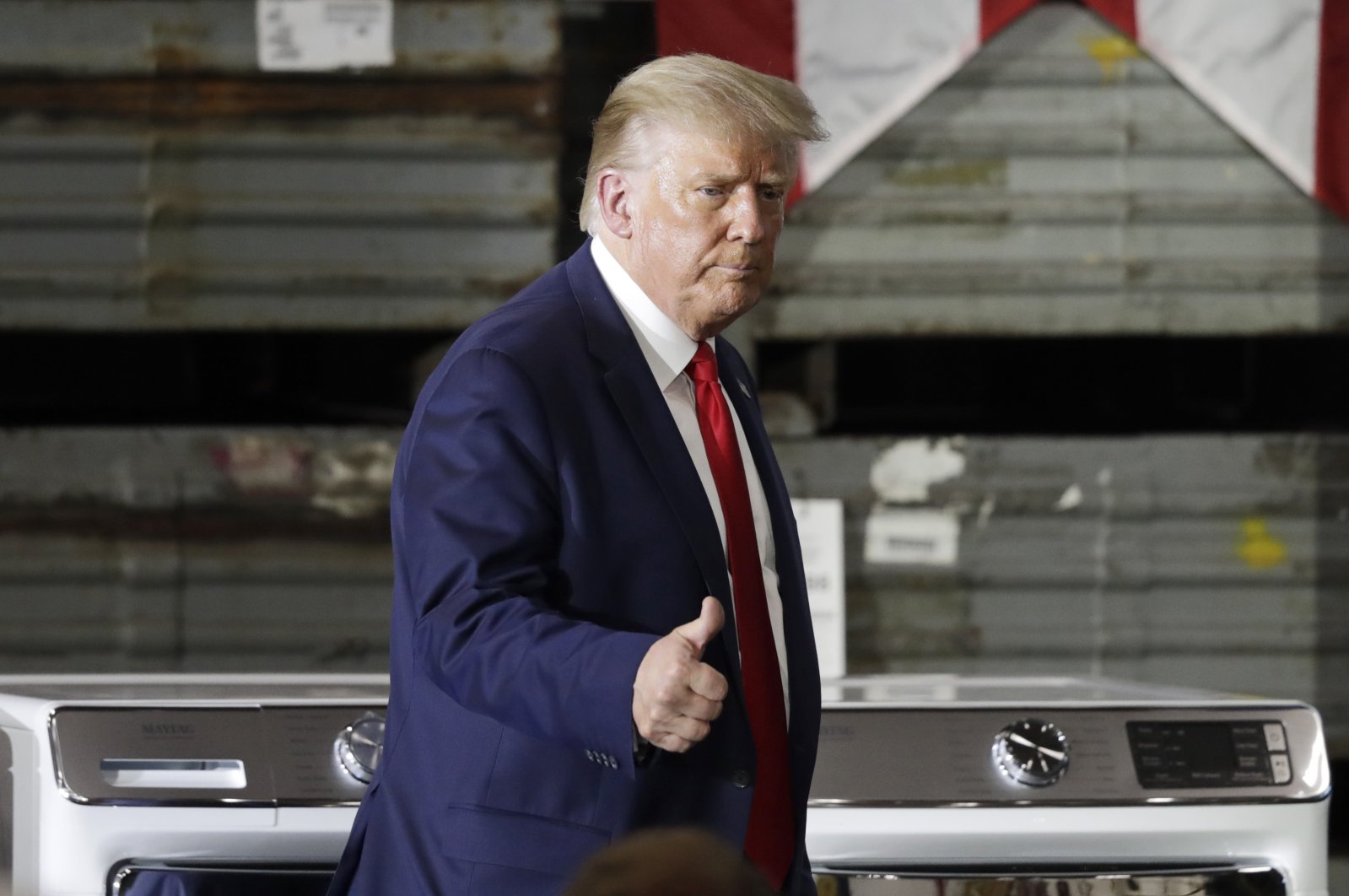 President Donald Trump gives a thumbs up after speaking during an event at the Whirlpool Corporation Manufacturing Plant, Aug. 6, 2020, in Clyde, Ohio. (AP Photo)
by compiled from agencies Aug 06, 2020 11:55 pm
RECOMMENDED

President Donald Trump on Thursday announced he has reimposed a 10% tariff on Canadian aluminum imports, saying that the key U.S. trading partner is "taking advantage of us."

Trump, giving a speech at a Whirlpool washing machine factory in Clyde, Ohio, said earlier Thursday: "I signed a proclamation that defends American industry by reimposing aluminum tariffs on Canada. Canada was taking advantage of us, as usual."

Trump said that he'd previously lifted the tariff on Canada, part of the United States-Mexico-Canada Agreement (USMCA), a free trade deal, on the condition that they "not flood our country with exports and kill all of our aluminum jobs."

"Canadian aluminum producers have broken that commitment," he said, adding that he had already signed a proclamation entering the penalties into effect.

"Canadian aluminum producers have broken that commitment and the U.S. trade representative, Robert Lighthizer, has advised me that this step to reimpose tariffs is absolutely necessary to defend our aluminum industry," he said in a speech that read like a campaign rally.

"To be a strong nation, America must be a manufacturing nation and not be led by a bunch of fools."

Trump initially imposed 10% import duties on Canada in 2018 under Section 232 of the Trade Expansion Act over alleged national security concerns but removed them in 2019 as part of the USMCA that took effect July 1.

Aluminum Association President and CEO Tom Dobbins said that day that Trump's decision to rescind the duties "is still working for the U.S. aluminum industry and the 690,000 American jobs it supports," and added on Thursday that the drive to reimpose the tariffs is being driven by a "few companies who stand to benefit from reinstated Section 232 aluminum tariffs."

He pointed to data from the U.S. Census Bureau that shows overall imports of Canadian aluminum down 2.6% from May to June and lower by about 5% for the first six months of the year compared with 2017.

"Especially now, the U.S. should be focused on getting the manufacturing economy going again in the region – not picking battles with USMCA trading partners. With U.S. aluminum demand down almost 25% so far in 2020 – the first decline in nearly a decade – the industry can simply not afford more shocks to the market,” he said.