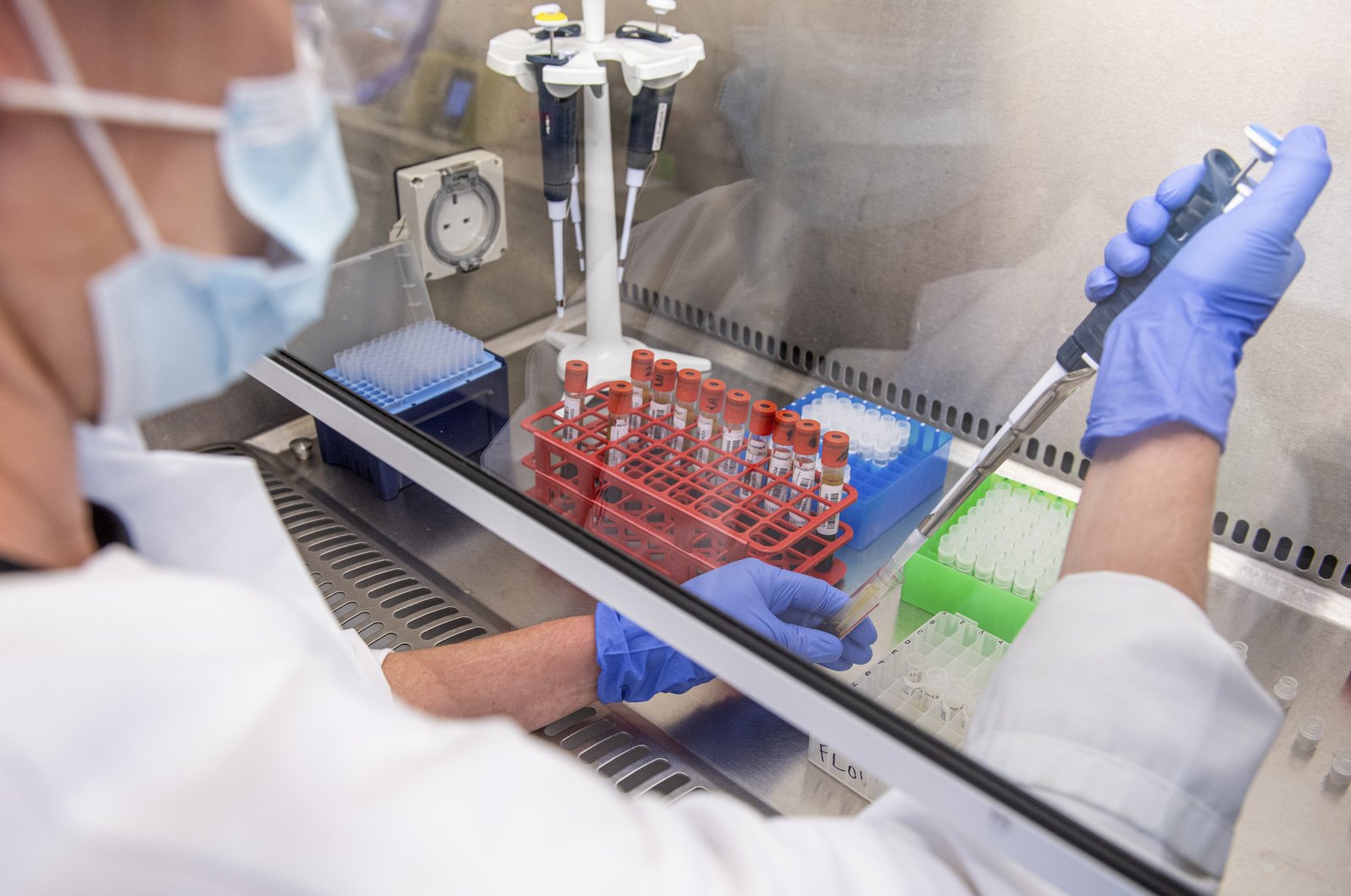 Samples from coronavirus vaccine trials are handled inside the Oxford Vaccine Group laboratory in Oxford, England, June 25, 2020, in this handout photo released by the University of Oxford. (AP Photo)
by Agencies Jul 22, 2020 1:08 pm
RECOMMENDED

The United States will pay nearly $2 billion for 100 million doses of a potential COVID-19 vaccine being developed by Pfizer and its German partner BioNTech.

Shares of the U.S. drugmaker jumped 5% about an hour before the opening bell.

The U.S. government will receive the doses and make the payment after the drugmakers receive regulatory approval for a potential vaccine that has yet to start big clinical trials in humans. It also can acquire up to an additional 500 million doses, according to a statement released Wednesday by the drugmakers.

"Americans will receive the vaccine for free consistent with U.S. government's commitment for free access for COVID-19 vaccines," BioNtech said in a statement.

The companies announced earlier this month that the first of four experimental vaccines they are testing showed encouraging results in the very early testing of 45 people.

The drugmakers aim to start a larger study focused on safety and effectiveness later this month. Depending on the results, the companies said they could seek some form of regulatory approval as early as October.

More than 150 coronavirus vaccines using a variety of technologies are in development globally, with some two dozen already in human trials. Governments have signed deals with drugmakers to secure the supply of various vaccine candidates.

The aim is to produce vaccines that can end the pandemic by protecting billions of people from infection or severe illness.

Pfizer and BioNTech's vaccine candidate is among those that are set to be tested in a large trial. The vaccine has shown promise in early-stage small studies in humans.

Pfizer will deliver the doses if the product receives Emergency Use Authorization or licensure from the U.S. Food and Drug Administration (FDA), after completing demonstration of safety and efficacy in a large phase three clinical trial.

The companies said they expect to be ready to seek some form of regulatory approval as early as October, if the ongoing studies are successful.

Pfizer's shares rose 4%, while BioNTech's U.S.-listed shares were up about 6% before the bell.