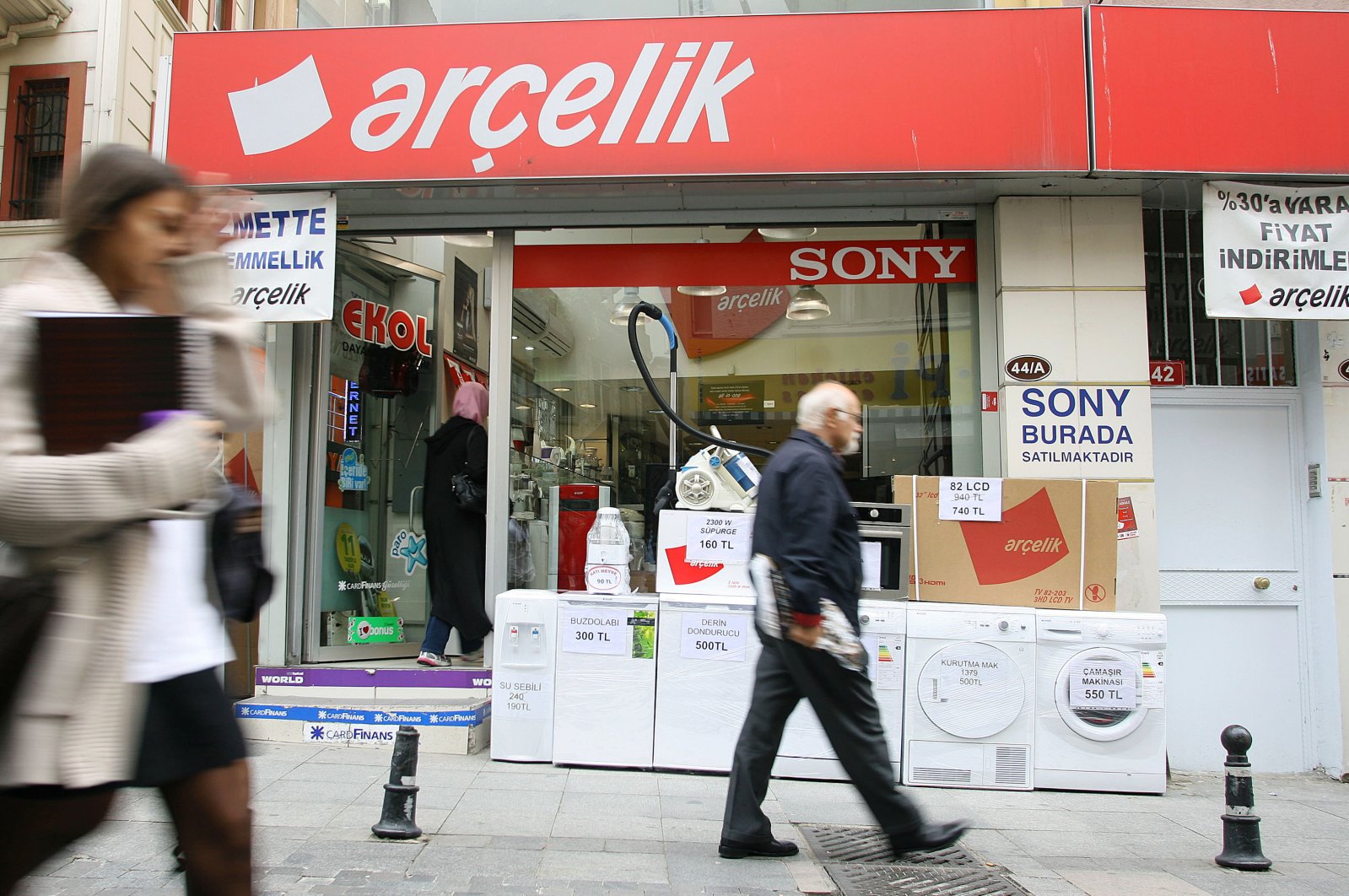 Exports, on the other hand, were down 14% year-on-year to 8.7 million units in the first half of this year, White Goods Manufacturers’ Association of Turkey (TÜRKBESD) said in a statement.

Domestic sales in the sector were up 14% in June, TÜRKBESD Chairman Can Dinçer said in an online meeting with the press, as the economy reopened following restrictions imposed during the coronavirus outbreak.

Exports narrowed considerably in the March-May period, driven by the industry’s main export market, Europe, which was hard hit by the pandemic, Dinçer said. Over 70% of the sector's exports go to Europe.

“However, with the month of June, a serious recovery process took place, especially sales in Turkey. Our production increased by 25% compared with the same period last year. Our factories are operating at an intense pace. We are trying to meet the demand from both domestic and international markets. We expect this trend to continue in July and August,” the chairman noted.

Turkey’s white goods industry provides direct and indirect employment to 60,000 and around 600,000 people, respectively. The domestic white goods sales in Turkey last year dropped by 6% to 6.7 million units, according to TÜRKBESD data. Exports, on the other hand, declined by 1% to around 21.9 million units.

The pandemic has caused serious disruptions in terms of supply chains, Dinçer said, adding that Turkey is the second-largest white goods production center after China.

“We believe that the diversification of supply chains should be worked on in cooperation with China. With its high quality and flexible production approach in line with EU standards, strong industrial infrastructure, competitive employee costs and high hourly productivity rates, Turkey has significant potential to become Europe’s main supplier,” TÜRKBESD chairman said.

TÜRKBESD was established in 1986 by the prominent white goods companies in the sector. The association refers to around 90% of the industry and represents Turkey at the European Committee of Domestic Equipment Manufacturers.