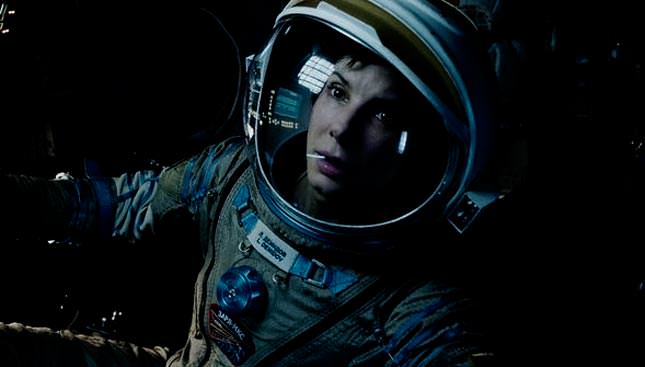 by Feb 27, 2014 12:00 am
In a London basement, cutting-edge technology is being used to make a computerized Sandra Bullock climb into her rocket but the team who put her there in "Gravity" has spent the morning working with more basic tools of the trade - syrup, cheese and chocolate. "We're trying to create a melting flesh effect for the new Tom Cruise movie," said Richard Graham, visual effects project manager at Framestore, the U.K.-based company which has helped "Gravity" collect 10 Oscars.

"Golden syrup and chocolate make really good blood if you mix them with lots of red food coloring," Graham said during an interview at Framestore's sprawling studios, behind the facade of an ordinary-looking office block in the Soho district of central London. "We've also been blow-torching different cheeses to make them bubble. Burger cheese didn't work that well because the fat content is not high enough. Mature English cheddar was a lot better." The sticky mess of foodstuffs will appear for only a fleeting moment, grafted digitally onto the actors' skin, in the forthcoming movie "End of Tomorrow."

But that's nothing unusual for Graham and the other visual effects (VFX) artists who spent a painstaking three and a half years creating the stunning computer-generated space vistas of "Gravity." Framestore staff toiled for one year building a digital replica of the International Space Station (ISS) - and then tore their hair out trying to work out how to blow it up. Tim Webber, the film's VFX supervisor, remembers feeling exhausted after the very first meeting with director Alfonso Cuaron. "So much about it was so different to any film before," Webber told AFP. "The massive involvement of visual effects changed everything about the film-making process."

An extremely complex shoot saw Bullock and co-star George Clooney spend hours suspended in rigging at Shepperton Studios, west of London, or trapped in a cage filled with two million tiny LEDs designed to simulate the harsh light of space.

Time Magazine named this innovative "lightbox" as one of their top inventions of 2013. But like the cheese in "End of Tomorrow," other VFX tricks used in "Gravity" were more rudimentary. "We had someone hit Sandra Bullock over the head with a broomstick,"
Webber recalled. "She was supposed to be flying down the ISS and bumping into the walls, so we had to get her to react as if she'd bumped into something. There was a lot of low-tech stuff going on alongside the hightech stuff."