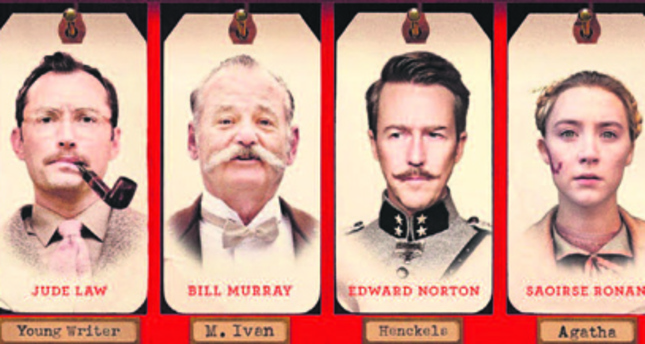 Istanbul Film Festival, to begin on April 5, will again be a rich selection of 200 films in over 20 categories. In its 33rd year, the festival is the largest in Turkey and is seen as one of the major ones in the region

Istanbul - Istanbul, a city that plays host to many international and national culture and arts festivals, is rearing up for that time of the year when the streets of Beyoğlu are packed with cinephiles. Organized by the Istanbul Foundation for Culture and Arts (İKSV) since 1981 and reaching an audience of approximately 150,000 each year, the Istanbul Film Festival commences its 33rd run on April 5, 2014.

As Turkey's biggest cinematic event, the festival presents over 200 films in over 20 categories. Despite being in its 33rd year, the festival still earns its prominent position with attention to the quality and variety of films screened. Festival-goers will be able to enjoy the highest quality productions from unforgettable films to masterpieces that premiered at international festivals such as Sundance and Berlin.

The festival should garner more attention with new categories introduced especially for 2014. "What a Pair" has been prepared by film critics Fatih Özgüven and Engin Ertan, academics Selim Eyüboğlu and Umut Tümay Arslan, as well as Istanbul Film Festival Director Azize Tan in celebration of the 100th year of Turkish cinema.

The "Polish Experimental Animation" category, organized as part of the 2014 cultural program celebrates 600 years of diplomatic relations between Turkey and Poland. "MK2-40 Years," in honor of the 40th year of the production company, MK2 established by Marin Karmitz, is another one of the exciting projects at this year's festival.

The program for the 33rd Istanbul Film Festival was announced to the press by İKSV General Director Görgün Taner, Akbank Board Member and CEO Hakan Binbaşgil, and Istanbul Film Festival Director Azize Tan at a meeting held on Wednesday, March 5 at İKSV's official accommodation sponsor, Martı Istanbul Hotel. In his opening speech, Taner acknowledged the festival's supporters and underlined that 2014 will be the 100th anniversary of Turkish cinema.

Akbank CEO Hakan Binbaşgil also gave a speech lauding the festival as a global celebration of cinema. Akbank is a festival sponsor for the 10th year in a row. "This year marks the centennial birthday of Turkish cinema.

The Istanbul Film Festival began as a film week 33 years ago with the screening of six feature films. The festival is held with the support of more than 20 institutions, yet the biggest supporter has always been the Turkish Ministry of Culture and Tourism. Istanbul Metropolitan Municipality and Beyoğlu Municipality also continue to publicly support the festival.

The festival will also entertain audiences with old masterpieces of Turkish cinema by restoring them to the silver screen in its "Special Screening: Turkish Classics Revisited" category, initiated seven years ago with sponsorship from Groupama. The festival's opening ceremony will be held on Friday, April 4 and will be broadcast live on NTV. Right after the ceremony, "Philomena" by Stephen Frears, which will be screened in the Akbank Galas section, will be shown as the opening film of the festival.

The closing awards ceremony will be held on Saturday, April 19 at Cemal Reşit Rey Concert Hall. The ceremony will be broadcast live on CNN Türk and the Golden Tulips and other festival awards will be presented. After the ceremony, the winning film of the International Competition Golden Tulip Award will be screened as the closing film of the festival.