Another bump in the road for Russell Crowe's 'Noah' 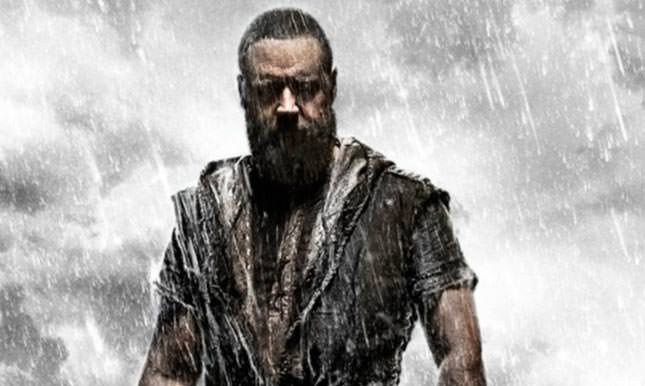 After angering some Christian institutions in the United States, "Noah" starring Russell Crowe, has drawn criticism from the Arab world too, with bans from three countries

Istanbul - Egypt's top Islamic body last week slammed the big budget Hollywood biblical epic for being "irreligious and contradicting the stature of prophets and messengers." One of the region's major Sunni Muslim authorities, the Al-Azhar institute, said the film violated Islam by portraying a prophet. "Noah" is scheduled to open on March 26 in Egyptian cinemas.

Al Azhar's statement also said that such cinematic depictions of the prophet Noah, or God's other prophets, "violate the principles and fundamentals of Sharia, and provoke the ire of believers." Al-Azhar plays an advisory role on censorship of movies and books in Egypt, yet it doesn't have the authority to pass the final decision. It is yet unclear whether "Noah" will be censored but Egypt has previously censored other blockbusters such as "The Da Vinci Code," while it allowed screenings of Mel Gibson's "The Passion of Christ." More recently, Jehane Noujaim's Oscar-nominated documentary "The Square" about the 2011 Egyptian uprising also failed to receive clearance for screening in Egyptian cinemas, although it has been screened in cinemas worldwide.

Almost immediately after the call from Egypt for censoring "Noah," Paramount Pictures released a statement revealing that the film is likely to be banned in additional countries. Three Arab countries have banned the Hollywood film on religious grounds and several others are expected to follow suit, a representative of Paramount Pictures told Reuters last Saturday. "Censors for Qatar, Bahrain and the United Arab Emirates (UAE) officially confirmed this week that the film will not release in their countries," said a representative of Paramount Pictures, which produced the $125 million film starring Oscar-winners Russell Crowe and Anthony Hopkins. "The official statement they offered in confirming this news is because 'it contradicts the teachings of Islam'," the representative said.

Noah, who in the Bible's Book of Genesis built the ark that saved his family and many pairs of animals from a great flood, is revered in Judaism, Christianity and Islam. Indeed, an entire chapter in the Quran is devoted to him. "Noah," whose official video trailer depicts a burly Crowe wielding an axe and computer-animated geysers swamping an army of sinners hoping to board Noah's ark, has also stoked religious controversy among some conservative Christian and Jewish communities. They appear to be irked by the Hollywoodization of their prophets and holy scriptures.

Jerry A. Johnson, president of the conservative National Religious Broadcasters (NRB) group, said last month he wanted to "make sure everyone who sees this impactful film knows this is an imaginative interpretation of Scripture, and not literal."
Paramount Pictures responded by agreeing to issue a disclaimer when advertising for the film. "The film is inspired by the story of Noah. While artistic license has been taken, we believe that this film is true to the essence, values and integrity of a story that is a cornerstone of faith for millions of people worldwide," the disclaimer reads.

While 'Noah' starring Russell Crowe receives criticism for its fictionalized portrayal of a Biblical story, the shoot for the actor's directorial debut 'The Water Diviner' is on track in Turkey. Russell Crowe and his crew completed shooting in Istanbul and moved on to historical Kayaköy.

The crew arrived in Fethiye's ghost town on Sunday, and according to bystanders, immediately went to work decorating walls and telephone posts with ornamental plants. Arriving on a weekend to a touristic location meant the crew was the center of attention. There were many tourists visiting Kayaköy, a historical monument and an open-air museum with 500 ancient houses and two Greek Orthodox Churches from the 17th century, who took interest in the crew and their work.

Bystander Hamza Kılıç spoke to an Anadolu Agency (AA) reporter and underlined his gratitude for Crowe's choice of a genuine Turkish town for shooting his film, which also stars two famous Turkish actors, Cem Yılmaz and Yılmaz Erdoğan. "This film can help promote both Turkey and Kayaköy," said Kılıç.