World theater day to be celebrated across Turkey 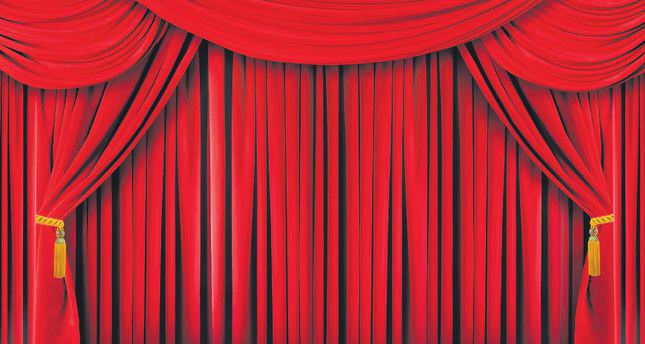 İzmir Theater Days to begin on March 27 The 32nd İzmir Theater Days will also take place on March 27 with the contributions of Dokuz Eylül and Ege University (DEU) Rectorships, İzmir State Theater and İzmir State Opera and Ballet. Mehmet Füzün, the rector of DEU, said William Shakespeare portrayed the world as a stage on which all women and men were merely players exiting and entering whenever their time came. Füzün underlined that the theater is a branch of art focusing on the troubles of life. He concluded, saying he wished that the art of theater would receive more support and funding and that no more theater stages were shut down.

Aytül Büyüksaraç, the director of İzmir State Opera and Ballet, complained their players performed on a stage transformed from a cinema hall. They expect the municipality authorities to redesign their stages after the upcoming local elections. Metin Oyman, director of the İzmir State Theater, noted they are doing their best to ensure people embrace art as a lifestyle, which is a necessity for creating a free and democratic artistic environment. The two-week İzmir Theater Days includes not only stage performances but also script writing competitions. There will be an award ceremony at the end, along with seminars and discussions with playwrights throughout the festival. The 16th Muhsin Ertuğrul Outstanding Service to Theater Award will be presented to Nurhan Karadağ.

Adana Optimum Mall hosts Chekhov Hosting cultural and art events throughout the year, the Adana Optimum Shopping Mall will also join the celebrations for the World Theater Day and present Russian author Anton Chekhov's plays on March 27. Chekhov's plays will be staged at the Academy Scene Performance Art Center located on the ground floor. The first performance will be "Ivan Cerdyakov," taking place at 3:00 p.m. Then, a performance of "The Lady with Dog" will follow at 5:00 p.m.

Best theater awards announced The Association of Turkish Theater Critics (TEB) announced the winner of theater awards presented each year on the occasion of World Theater Day. "Savaş" (War), staged by Tiyatro Pürtelaş - established by Serdar Bilişi - received the Best Theater Award by TEB for 2013 and 2014. TEB said stage direction, acting, decoration, costumes, and lighting were the main criteria for consideration. Zerrin Tekindor was named Best Actress for her role in "Kim Korkar Hain Kurttan" (Who is Afraid of the Big Bad Wolf?). Both Engin Hepileri for his performance of Joe Copper in "Katil Joe" (Killer Joe) and Hakan Gerçek for his personification of Clarence Darrow, one of the most renowned defense attorneys in the U.S. in "Savunma" (Defense), were also recognized. The award ceremony will be held within the first 15 days of April at a place and date to be announced. World Theatre Day, initiated by the International Theatre Institute (IT) in 1961, is celebrated annually on March 27 by ITI Centers - of which there are about 100 worldwide - and international theater communities around the world.