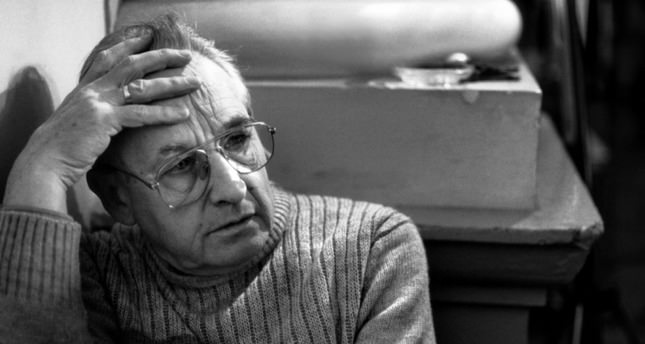 The 1987 Turkish classic written and directed by Yavuz Turgul, 'Muhsin Bey,' and legendary Polish director Andrzej Wajda were honored over the weekend at the 33rd Istanbul Film Festival

ISTANBUL — This weekend, the 33rd Istanbul Film Festival had a busy schedule, honoring two legendary directors along with prominent names from the film industry. Weekend highlights included a rescreening of the restored version of the 1987 Turkish classic "Muhsin Bey" and the presentation of the Lifetime Achievement Award to the legendary Polish director Andrzej Wajda The collaboration between the Istanbul Foundation for Culture and Arts and Groupama, which was initiated seven years ago, brought the 1987 production "Muhsin Bey," written and directed by Yavuz Turgul, to our screens after 27 years. The film was restored with the help of the Mimar Sinan Fine Arts University Turkish Film Department and was included in the festival's section of Special Screening: Turkish Classics Revisited. Director Yavuz Turgul, lead actors Şener Şen and Uğur Yücel, producer Abdurrahman Keskiner, who received this year's Cinema Honorary Awards, and the composer Atilla Özdemiroğlu were among those who attended the first screening on April 10 at Mimar Sinan Fine Arts University's Professor Sami Şekeroğlu Cinema-TV Center.

Turgul's presence at the screening was unique, as he noted, "I never attend screenings of my own films but I had to be here just out of respect for all those who put time, effort and energy into restoring this film." Describing the restoration as the film's second salvation, the director said the first screening of the film was attended by five people only. He further thanked Professor Sami Şekeroğlu, who embraced and promoted the film, which went on to win Best Film and Best Screenplay at the 27th Antalya Film Days in 1987 and the Jury Special Prize at the Istanbul Film Festival in 1988, along with Şener Şen winning Best Actor and Uğur Yücel being awarded Best Supporting Actor the same year. Şener Şen was one of the main attractions of the night and had emotional moments when he ran into his co-star and friend Uğur Yücel. The 1987 film tells the story of Muhsin Bey, a music producer who sticks to his own principles and Ali Nazik, a naïve young boy who desperately wants to become famous. The story depicts their journey as it evolves and Muhsin Bey struggles for his life and honor.

Wajda's political cinema and genius honored at the festival

One of the most prominent, effective and politically motivated directors of our time, Andrzej Wajda, was honored at this year's festival with the Lifetime Achievement Award on Saturday before the screening of his latest film "Walesa." The award was presented by festival Director Azize Tan and accepted by Robert Wieckiewicz, the film's leading actor on behalf of Wajda who couldn't attend the ceremony due to health problems. Wajda sent a video message to the festival attendees, saying, "It means so much that my films are not only watched by audiences in my country but go beyond borders and are also welcomed by audiences of other nations. Photographs and images are universal and are welcomed and understood in the same manner by audiences anywhere in the world.

Of course each country's cinema has their own authenticities, but still, we care for Turkish cinema and watch Turkish films, which is where the beauty of the film lies. I wake up every morning and say, 'I have to make a film. I cannot afford to be lazy.' Of course it's not for myself. I think of what people are living for, what they are striving for, what they are looking for...

That's why I love film making. And this award, the Lifetime Achievement Award, is the ultimate award a director can receive." In an interview Wajda gave to Hürriyet newspaper, he further noted that he hopes this does not mean that the award says "thanks for all you've done so far," as he still feels he has got a lot more to give to cinema. Although Wajda always focuses on political issues, his latest two films, "Walesa" and "Katyn," were directed after he was awarded the Honorary Academy Award in 2000 and have a more personal stance. "Katyn" was about the Soviet slaughter of thousands of Polish officers, including Wajda's own father and citizens in the Katyn forest in the 1940s. Wajda also met Walesa in real life, the hero of his latest feature being shown at the festival. Wajda noted in previous interviews that he felt compelled to pay tribute to the political issues going on in his country and added, "Some people are trying to wipe out Walesa from history; whereas he did all he could to end the armed conflict." Wajda, who helped create a new cultural and political climate in Poland, also propelled Polish film onto the world stage with his films, including his first feature "Pokolenie" (A Generation), "Kanal" and "Popiół i diament" (Ashes and Diamonds). He soon aligned himself with young directors like Agnieszka Holland and Ryszard Bugajski and took advantage of his international prestige to create projects that were considered politically challenging. He received an honorary Oscar in 2000 for his more than 35 films. "Walesa" brought him his fifth Oscar nomination in the Best Foreign Language Film category.