Nuri Bilge Ceylan back at Cannes 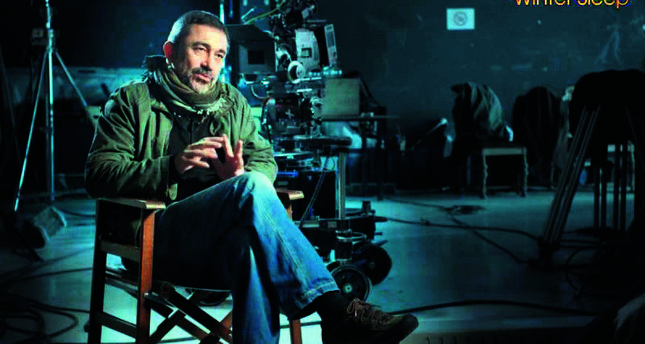 by Daily Sabah Apr 18, 2014 12:00 am
ISTANBUL — The official selection of the Cannes Film Festival was announced yesterday with 'Winter Sleep' by acclaimed Turkish director and past Cannes Best Director winner Nuri Bilge Ceylan making the list of competing films The festival committee announced the 18 chosen films from a total of 1,800 submissions that will compete this year for one of cinema's most prestigious awards, the Palme d'Or.

While Fatih Akın recently announced the withdrawal of his film "The Cut" from this year's festival, Nuri Bilge Ceylan will compete for the fourth time with his latest film. Ceylan's "Uzak," the final film of his "provincial trilogy which includes "Kasaba" (The Small Town) and "Mayıs Sıkıntısı" (Clouds of May), won the Grand Prix at the 2003 Cannes Film Festival.

After such enormous success, Ceylan suddenly became quite an internationally recognized name and "Uzak" went on to win a total of 47 awards - 23 of them international - to become the film to win the most awards in the history of Turkish cinema. "İklimler" followed "Uzak," which won the FIPRESCI Award in 2006. Competing at the 61st Cannes Film Festival with his 2008 film "Üç Maymun," Ceylan won for Best Director and in 2009 he returned to Cannes as a member of the jury.

His 2011 feature "Once upon a time in Anatolia" also won a Grand Prix. Tommy Lee Jones, David Cronenberg and British directors Mike Leigh and Ken Loach have also been recognized in the competition section of Cannes 2014.

The organizers said Thursday that two women directors and Jean-Luc Godard, the French new wave filmmaker, will also be competing in this year's festival. The festival will run from May 14 to 25 and director Jane Campion will be leading the jury. Organizers had previously announced that "Grace of Monaco," directed by Olivier Daha, will be premiering at Cannes on the opening night.