Anderson at his best in 'The Grand Budapest Hotel' 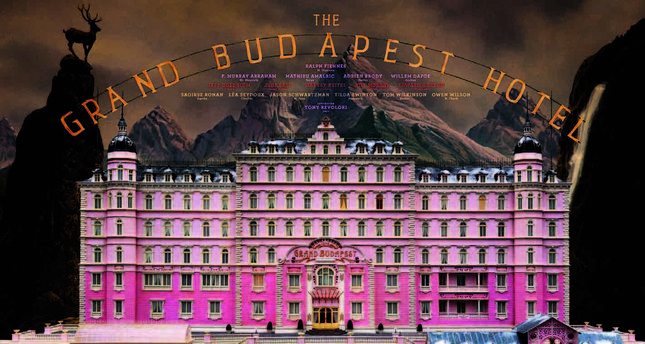 Do you miss listening to fairy tales? Look no further than 'The Grand Budapest Hotel,' a witty and charming film set in a dream-like atmosphere that takes you back to your childhood but never stops questioning the many things that are wrong with the 'adult world'

Wes Anderson's latest is a charming film that fascinates audiences with its remarkable story and political implications but never retracts from being a heartwarming tale. "The Grand Budapest Hotel" reminds you that films are for entertainment but can offer food for thought at the same time.

The story starts at the beginning of 20th century when the Grand Budapest Hotel, located in the fictional European city of Zubrowka, is living its glory days. The film's main character Gustave works as a concierge who meets with Zero Moustafa, a refugee lobby boy who becomes his confidante. Later, Gustave's old lover, Madame D., is found dead under mysterious circumstances. While these events unfold Gustave inherits a valuable painting from Madame D, sparking a heated dispute with Madame's family who hoped it would be left to them.

Gustave and Zero Moustafa then get into real trouble while uncovering his lover's mysterious death, but soon after war breaks out in Zubrowka.

With an experienced cast and extraordinary atmosphere, "The Grand Budapest Hotel" is calling us to the world of a magical fairytale. As you may expect, there are not any demons, pixies, kings or creatures in this film.

However, Gustave and Zero Moustafa will captivate you until the end. They are sharp-witted and skilled. At first glance, Gustave and Moustafa remind you of cartoon characters, but turn into familiar modern age characters.

Whatever they encounter, Gustave and Moustafa overcome every bump in the road with their courageous, innocent and clever nature. In one of the film's most memorable scenes, Moustafa is assaulted by customs officers while traveling on a train. While Gustave remains silent and gets his share of roughing up from the soldiers, his friends quickly come to the rescue.

Director Wes Anderson was inspired by famous author Stefan Zweig's work in the creation of the characters. As you may know, Zweig was a Jew who sought asylum in Rio de Janeiro to escape Nazi persecution.

While the film does not directly refer to the word "Nazi," it does allude at times to the authoritarianism of early 20th century Europe. "The Grand Budapest Hotel" stands out not only with its characters, but also the film setting. You will experience the traces of European art.

Every sculpture, painting or decorative object is reminiscent of familiar artwork. Indeed, the story can only become as meaningful as it is in such a magical atmosphere.

It is rather risky for a director to produce films in similar formats, as the movies will be prone to repetition in terms of aesthetic features, story or setting.

In this respect, Tim Burton could be an ideal example. His latest films are no more than repetitions of previous ones. Likewise, Wes Anderson has produced films similar to one another such as "Moonrise Kingdom," "The Royal Tenenbaums" and "The Life Aquatic with Steve Zissou."

Surprisingly he is still attracting audiences and receiving positive reviews from film critics. "The Grand Budapest Hotel" is not different, as it features Anderson's usual characters and narration style.
RELATED TOPICS