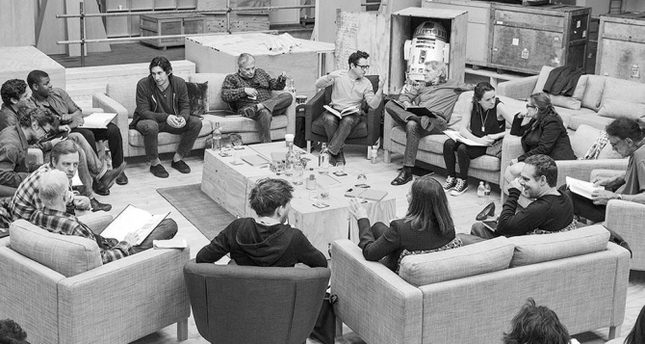 J. J. Abrams is helming the new "Star Wars" film, which will be set 30 years after the events of "Return of the Jedi."

Disney and Lucasfilm made the announcement Tuesday. The casting announcement caps off months of speculation about who would star as the trio of new leads in the J.J. Abrams-helmed film.

"We are so excited to finally share the cast of 'Star Wars: Episode VII.' It is both thrilling and surreal to watch the beloved original cast and these brilliant new performers come together to bring this world to life, once again," said J.J. Abrams. "We start shooting in a couple of weeks, and everyone is doing their best to make the fans proud."

While descriptions of characters were left out of the release, sources confirm that Driver will play a Darth Vader-like main villain, Isaac's character will have a Han Solo look to him and Boyega will be a Jedi. Also back are Anthony Daniels as C-3PO, Kenny Baker as R2-D2 and Peter Mayhew as Chewbacca.

May the Force be with J.J. Abrams.